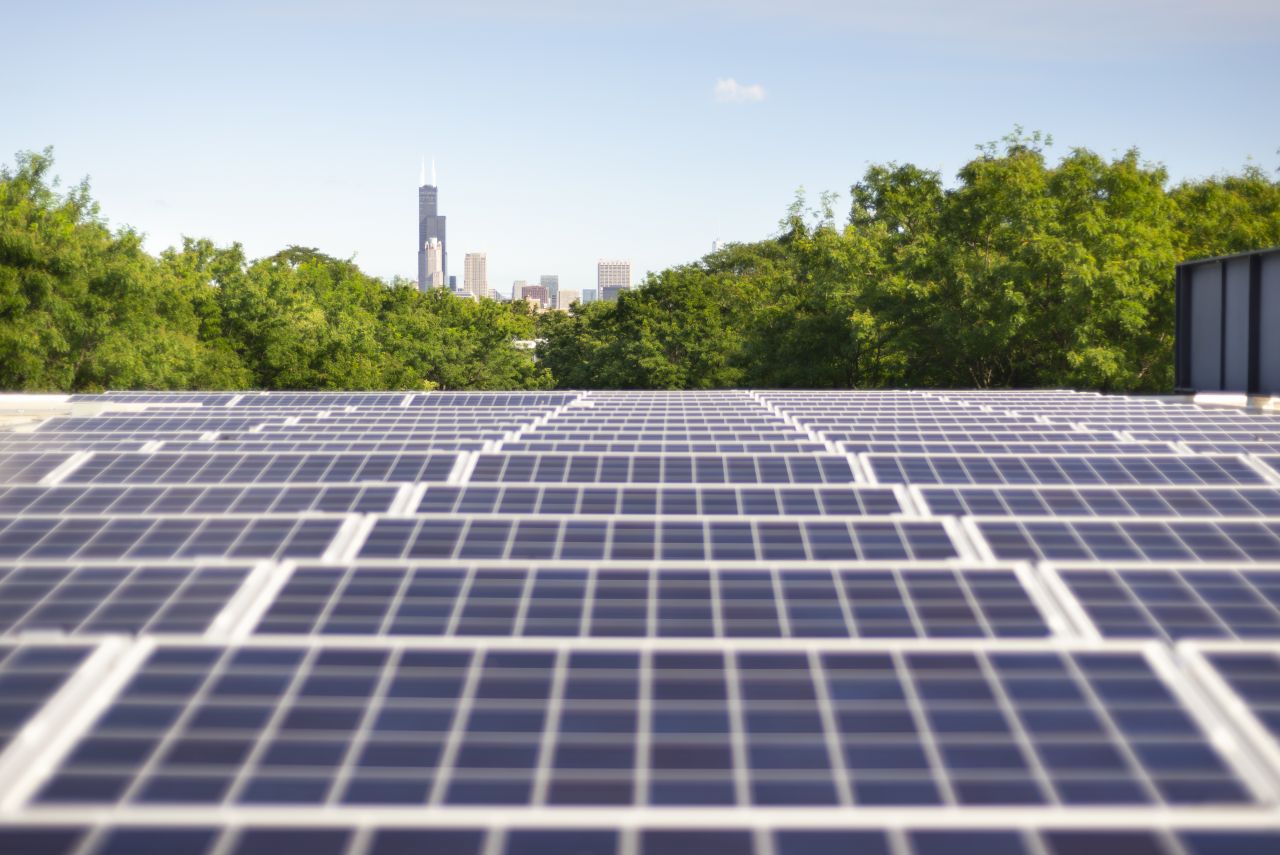 CHICAGO—Illinois Institute of Technology has installed photovoltaic solar panels on the roof of one of the city’s most significant architectural landmarks, S. R. Crown Hall.

The building—which was designed by Ludwig Mies van der Rohe, the former dean of the university’s College of Architecture and one of the most influential architects of the twentieth century—is located in the heart of Chicago’s Bronzeville neighborhood and serves as the home to the internationally renowned IIT College of Architecture.

Completed in 1956, Crown Hall will also now serve as its own nanogrid, part of the university’s larger microgrid system. The building is designated as a National Historic Landmark.

“Crown Hall is a focal point on campus. By putting solar panels on it, we bring the old and new together,” said Mohammad Shahidehpour, who oversees Illinois Tech’s microgrid as director of the Robert W. Galvin Center for Electricity Innovation. “Crown Hall was designed at a time when energy efficiency was not a critical subject for discussion, but now it’s a common consideration in architectural design.”

The new 75 kilowatt-hour (kWh) solar panels, working in conjunction with a Tesla 500 kWh lithium-ion battery, would be able to supply the building with enough energy to operate off the grid for up to eight hours––a self-sufficient island-within-an-island that can function independently of the university’s microgrid in the event of a blackout.

Illinois Tech’s microgrid at its main campus in Bronzeville was the nation’s first functional microgrid when it was created 10 years ago. Over the last decade, the self-sufficient and environmentally sustainable energy system has been a regional and national model for energy innovation thanks to Illinois Tech researchers.

“This retrofitting is a case study in sustainable renovation of a landmark building and a message to architecture students to consider the impact that their future designs may have on the environment,” said Shahidehpour, Distinguished Bodine Chair Professor of Electrical and Computer Engineering in Illinois Tech’s Armour College of Engineering.

The Tesla lithium-ion battery was selected for its reliability and versatility for quick charge and discharge, which is highly important on a daily basis. The system is designed to reduce the building’s reliance on electricity generated from emission-producing energy sources. Energy stored within the battery can be used during the building’s peak hours, when the cost of electricity is at its highest and solar conditions are ideal. Not only is it a way for the building to better utilize green energy sources, it allows the university to save money by not using grid power when it’s most costly––during the day.

“Buildings have an obligation to future generations to make adjustments to the use of energy and the production of CO,” said Mark Sexton, founding principal partner at Krueck + Sexton Architects in Chicago and a graduate of IIT College of Architecture.

Sexton headed the renovation of Crown Hall in 2005 and knows firsthand the delicate touch required in renovating the landmark.

“Adhering to modern standards and sensibilities is a reality that historic buildings across the globe are challenged with. It’s not a matter of how well you do it, it’s a matter of how sensitively it’s done,” Sexton said.

Because the building is designated as a landmark, the National Parks Service had to review and approve the plans before the solar panels could be added. As a condition to the project, the panels cannot be seen from the street, so they are set 15 feet from the edge of the roof, which means that, to the casual observer, Crown Hall looks no different than it did in the 1950s.

Illinois Institute of Technology, also known as Illinois Tech, is a private, technology-focused research university. Illinois Tech is the only university of its kind in Chicago, and its Chicago location offers students access to the world-class resources of a great global metropolis. It offers undergraduate and graduate degrees in engineering, science, architecture, business, design, human sciences, applied technology, and law. One of 21 institutions that comprise the Association of Independent Technological Universities, Illinois Tech provides an exceptional education centered on active learning, and its graduates lead the state and much of the nation in economic prosperity. Illinois Tech uniquely prepares students to succeed in professions that require technological sophistication, an innovative mindset, and an entrepreneurial spirit. Visit iit.edu. 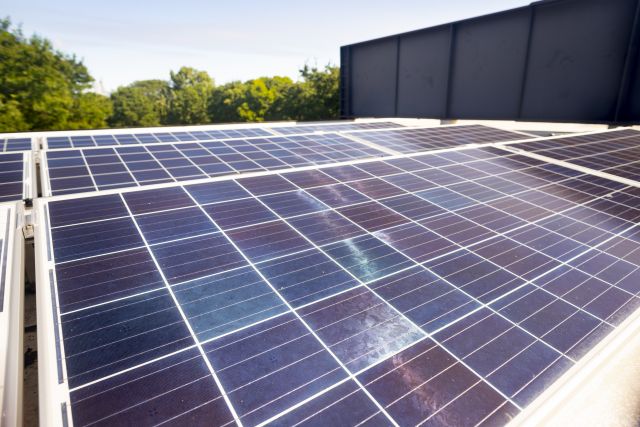 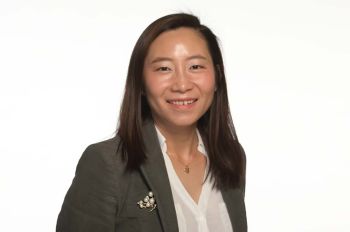 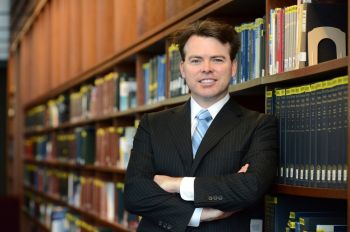 U.S. Securities and Exchange Commission Names William A. Birdthistle Director of the Division of Investment Management