‘Sole’ of the City: Virgil Abloh, Nike Team Up to Showcase Chicago, Sustainability on Mies Campus 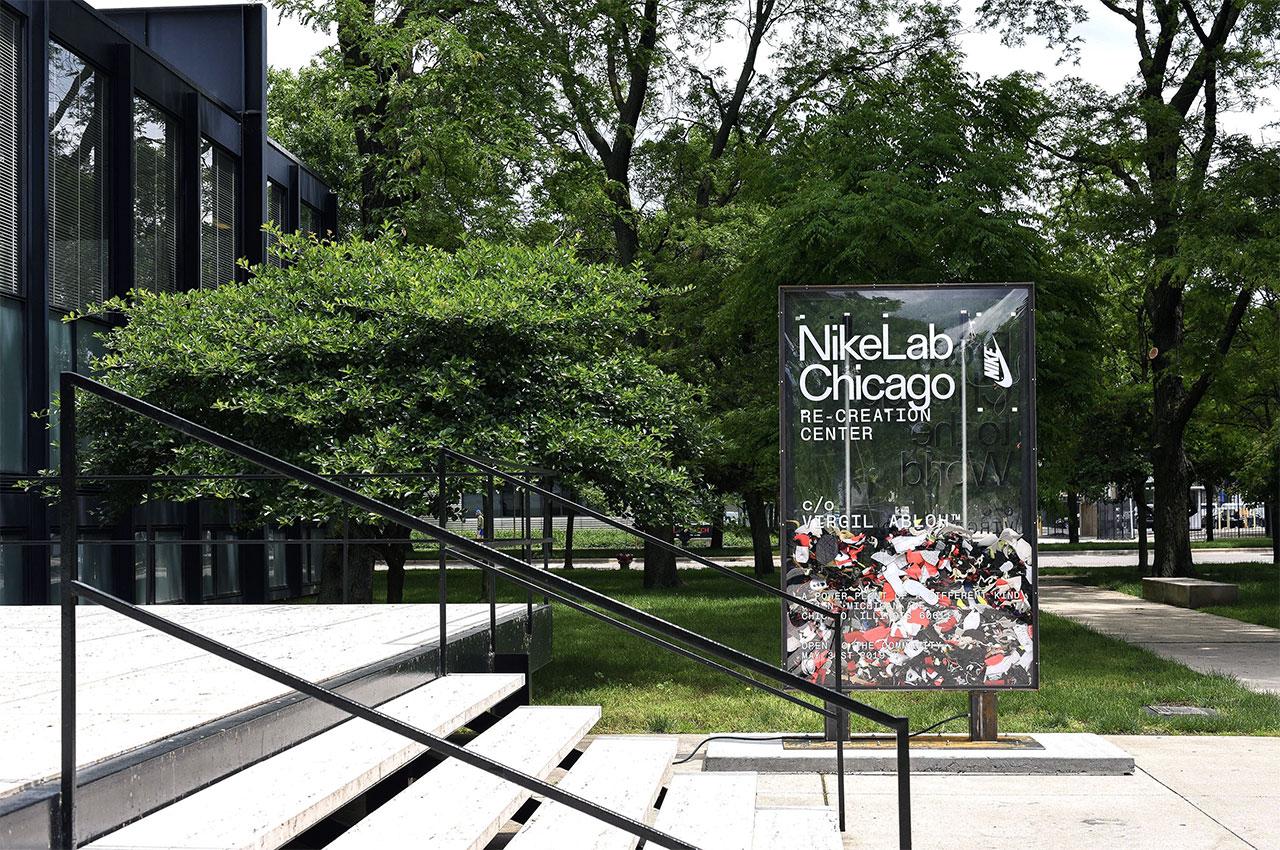 Students, faculty, and staff spending time on Illinois Institute of Technology’s Mies Campus this month will be treated to a new sight near S. R. Crown Hall’s south porch: an 8-by-12-foot box filled with sneaker scraps and adorned with the phrase “From Chicago to the World.”

The installation, designed by Virgil Abloh (M.ARCH. ’06), is meant to advertise the College of Architecture alumnus’ new Nike pop-up store, which opened on May 31 on Michigan Avenue. The purpose of Abloh’s pop-up store, called the NikeLab Chicago Re-Creation Center, is two-fold. For one, the space is less traditional retail and acts more as a design and making lab where Chicago youth can visit to take advantage of both the open workspaces, as well as free workshops led by Chicago-based artists and experts.

It also provides access to one of Nike’s sustainability programs, called Nike Grind, which recycles used and discarded materials that would otherwise end up in a landfill  to manufacture new products. Nike Grind will also be used to help build a basketball court, designed by Abloh, for the community in Chicago in advance of NBA All-Star Weekend in February 2020. Chicagoans and visitors to the city can go to the space to donate their old sneakers, with salvageable pairs donated to those in need and worn-out pairs recycled.

Given the lasting effect that Ludwig Mies van der Rohe’s work has had on Abloh’s aesthetic, the installation appears to mirror Mies’ masterpiece Crown Hall in a few key ways. It’s especially apparent with the installation’s use of a slim, stark black frame and large windows, the latter adorned with Abloh’s signature use of bold text.

Inside the box is an assortment of shredded-up Nike Air Max sneakers, showcasing Nike Grind and Abloh’s commitment to sustainable design, a credo also evident in the designer’s work for Evian. The sneaker shrapnel within is emphasized by an array of LED lights, which also gives the installation vibrancy at night.

The installation was erected on May 24 and will remain on campus through the end of June. 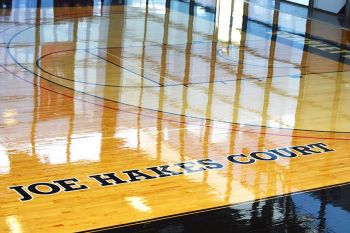 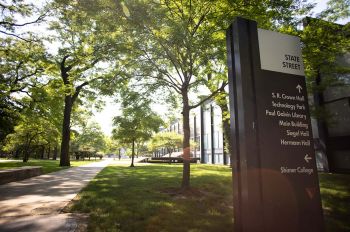