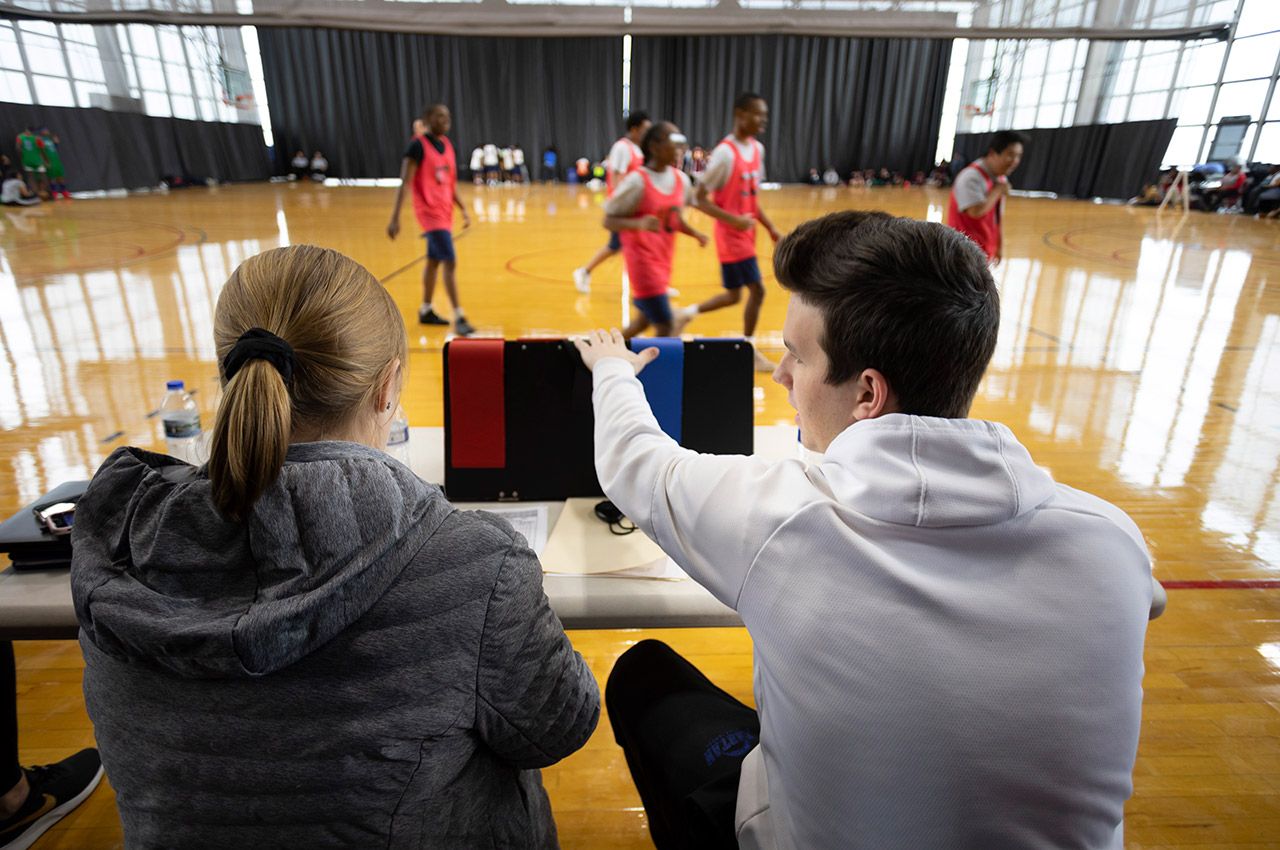 The Student-Athlete Advisory Committee (SAAC) at Illinois Tech again partnered with Special Olympics of Chicago to organize and host a high school basketball competition at Keating Sports Center on January 21–23.

Featuring high-school-aged boys and girls, the event included 42 teams that were split into four divisions.

Members of the Illinois Tech SAAC assisted in the event by running the scoreboard and keeping the scorebook at the games across the three days. The event has grown over the years, in part because of the strength of the partnership between Special Olympics of Chicago and Illinois Tech.

“We started our relationship with IIT six years ago, which began as a one-day event,” Special Olympics  of Chicago Program Coordinator Dani Chitwood says. “The response has gotten so strong over the years that we expanded it into three days. This event is for high school students, for which we'll have 400 of them that will be participating over the course of three days.”