The First in Her Family 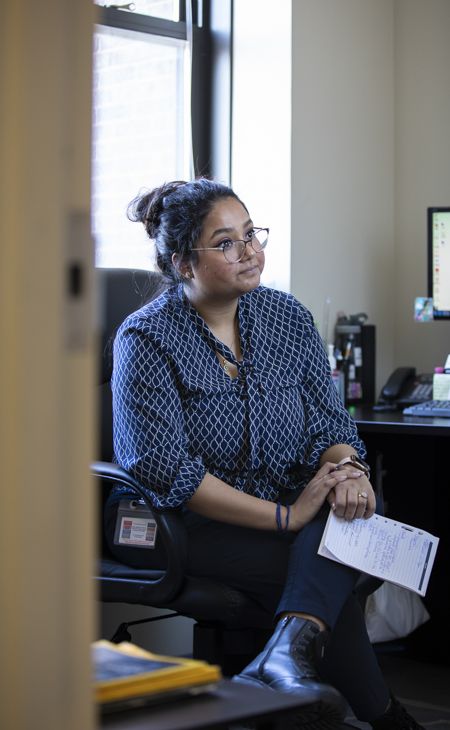 Originally from Pakistan and the first woman in her family to graduate from college, Mehak Hafeez has launched her career as a psychotherapist in Chicago.

Mehak Hafeez has fulfilled her first goal post-graduation: she is employed as a psychotherapist at Pilsen Wellness Center, Inc.

Hafeez holds two degrees from Illinois Tech; she studied psychology as an undergraduate before completing a master’s in rehabilitation and mental health counseling. She is the first woman in her entire family to graduate with a professional degree.

“It was an honor to do that at Illinois Tech, among a diverse student population who could relate to many of my moral and cultural values,” she says.

Originally from Pakistan and one of five children, Hafeez moved to the United States with her family during her childhood.

“My mother inspires me the most,” she says. “She made her ambition and dream to bring my brothers and I to U.S. to pursue education. Every single day, she saw the best in my present and future—even on the days I doubted myself.”

Hafeez describes the psychology faculty as “supportive, exceptional, and rigorous,” as well as “inspiring.” She aims to someday open her own psychotherapy practice.

“I would also like to provide resources and direct services in the Muslim community,” she says, “with a hope of erasing the stigma around mental health needs.”