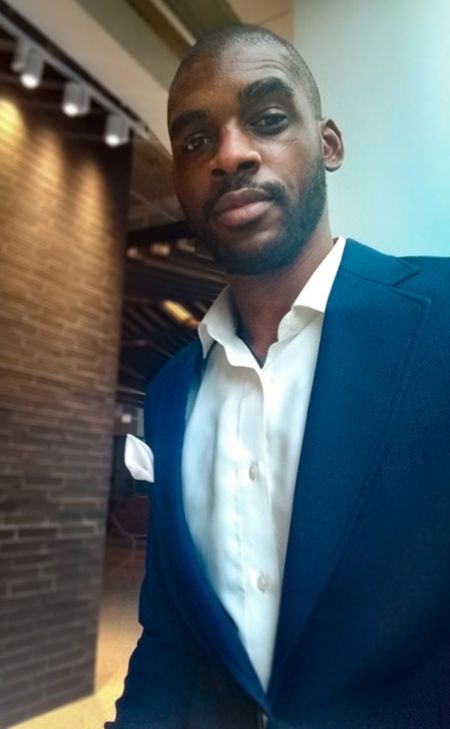 From Professional Basketball to Cybersecurity

A desire to address cybersecurity challenges helped Chris Hayes advance from pro basketball player to a graduate student capable of showing skills of a different kind—cyber skills—beyond the court.

Illinois Tech information technology and management (ITM) graduate student Chris Hayes reflects on his circuitous journey to cybersecurity, which began on the basketball court of Chicago’s Mount Carmel High School. He didn’t make the cut for the freshman b-ball team, but his father practiced with him after school and taught Hayes a lesson that continues to serve him well: not to quit something that you want to pursue, and that hard work and dedication can really pay off. An admitted “late bloomer,” Hayes went on to not only win Mount Carmel’s Most Improved Player award but also earn a full athletics scholarship to the University of Detroit Mercy, where he majored in business. Hayes became a pro-ball player and traveled the world while continuing his hoops career for seven years, playing for teams in Brazil and the United Arab Emirates, among others.

As much as he loved his life and reveled in his hard-won achievements, Hayes began to think outside the court.

“I wanted to prove that I could do more than dribble a ball, but I wanted to keep as much of my freedom as possible,” he says, noting that a YouTube video he watched on the widespread destruction being caused by the ransomware WannaCry in 2017 filled him with the desire to somehow help and learn all that he could about cybersecurity. He read books on the subject and reached out to cousins who were already successful in the IT field.

In 2019 Hayes spent his summer fast-tracking his cyber skills at the Evolve Security Bootcamp, the same year that he met Maurice Dawson, director of Illinois Tech’s Center for Cyber Security and Forensics, at the SecureWorld Chicago conference. Hayes committed to Illinois Tech right on the spot, and seven months after he entered the ITM program, earned status as Associate of (ISC)2, also known as the International Information System Security Certification Consortium. Hayes is already reaping the rewards of his hard work and dedication to his second career and would like to share his experiences with others who may be looking for a high-tech way of giving back.

“I’m a firm believer that none of us have arrived where we are in life alone,” says Hayes, who also works as a junior cybersecurity analyst for the Hyatt Corporation. “There are so many people who have supported our journey, wiped our tears, lent a helping hand, and came through in the clutch when we needed someone. I believe that cybersecurity is a great field to help others because it’s all about protecting the vulnerable.”

Shooting for the Stars