How Marcos Petroli Became a Master of Arches 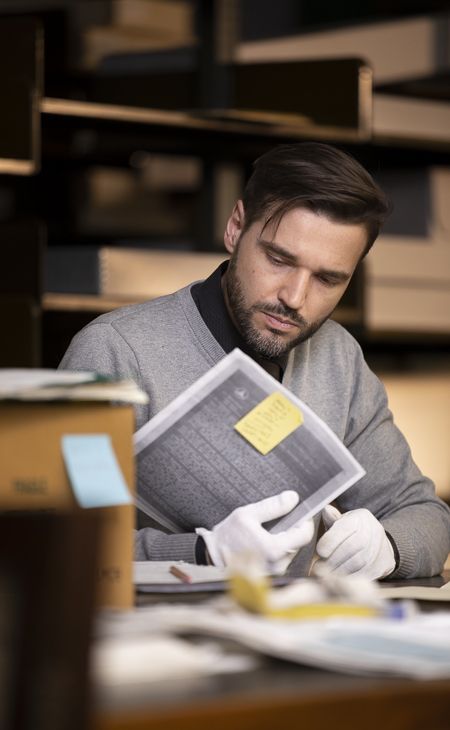 With his doctoral research on arcuated post-war designs, Marcos Petroli wants to shed light on how historical forms can be used as allegories to counteract times of social unrest to bring peace and order.

Marcos Petroli’s (Ph.D. Candidate) career in architecture began in his native Brazil. After receiving his degree from the Federal University in Rio Grande do Sul, Petroli taught as an adjunct professor at the University of Caxias do Sul and the Vale do Rio dos Sinos University, and started his own firm, Ponto 6 - Atelier de Projeto.

But when the opportunity to take part in a Ph.D. program in the United States came up by way of a fellowship provided by the Brazillian government, Petroli decided to come to Illinois Tech. “The Ph.D. program here was appealing to me because the focus of the history and theory track in architecture, as well as the link between IIT and modern architecture, and the city of Chicago itself, which I believe it is among the best cities to live in the U.S.,” he says.

After becoming fascinated with post-war architecture, Petroli decided to focus his thesis on the proliferation of arcuated structures in civic architecture projects in North America following World War II, typically reminiscent of ancient Roman architecture but reinterpreted with new structural technologies. Whereas many public works prior to the war relied on post and lintel construction, Petroli notes a greater use of load-bearing systems and thin-shell structures forming the bases for these arcuated designs.

“In the post-war period, after the massive destruction of numerous territories and the collapse of old ideas of political expansion, new efforts on consolidating peace and union were raising on a global scale,” says Petroli. “Architects, institutions, scholars, and politicians were rethinking the role of public buildings in terms of character and symbolic expression. How architects manipulated post-war buildings in search of these features was the beginning of my investigation.”

Ultimately, Petroli hopes his doctoral research, titled “Arches, Vaults, and Domes in Service of a Modern Civic Monumentality in America, 1947–1977,” can shed a light on how certain historical forms can be used as emblems to counteract times of social unrest to bring order to the public.