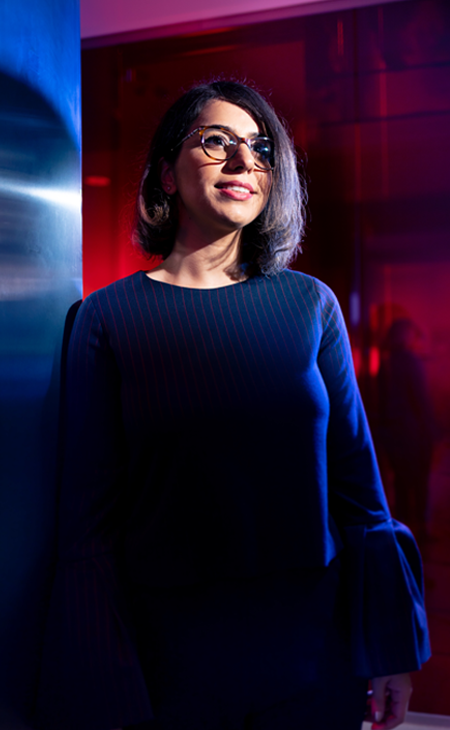 Social media influencers use a variety of tactics to manipulate their followers into free laborers for monetary gain, a student research project finds

How social media influencers use their followers as unwitting laborers for profit is the center of research conducted by Leila Mirghaderi for the Socially Responsible Modeling, Computation, and Design (SoReMo) initiative.

“Social Media Users Free Labor in Iran: Influencers, Ethical Conduct, and Labor Exploitation” explores the different ways that social media users become uncompensated laborers that generate monetary gain for influencers, as well as promoting their brands. Audiences have been sold as commodities to advertisers since the dawn of mass media. But when it comes to social media, audiences are producing content that promote the influencers that they follow.

“With the advent of social media, passivity of the users is undermined since they became more active users,” Leila says. “They produce content as social media sites, have reduced the cost of production, and this production involves performing a kind of work that has surplus value. But users are left uncompensated.”

As a SoReMo fellow, Leila examined 2,130 Instagram stories from the top 71 Iranian Instagram influencers in terms of followers. She says she selected Instagram as it is the only major available social media platform in Iran, and Iranian influencers as it is are an under-researched population. Her research identified specific ways that influencers manipulate their followers for content by asking them questions, soliciting engagement, boosting relationships with other influencers, weaponizing their followers to attack rivals, sharing ads, and using clickbait.

“Before taking the Digital Labor course with (Associate) Professor (Mar) Hicks, I had observed ethical issues on social media sites, but I did not have the theoretical background to investigate them,” Leila says. “The lessons learned from this course and the guidelines I received from Professor Hicks enabled me to investigate my research topic. Furthermore, becoming a SoReMo fellow enabled me to explore my research topic in more detail.”