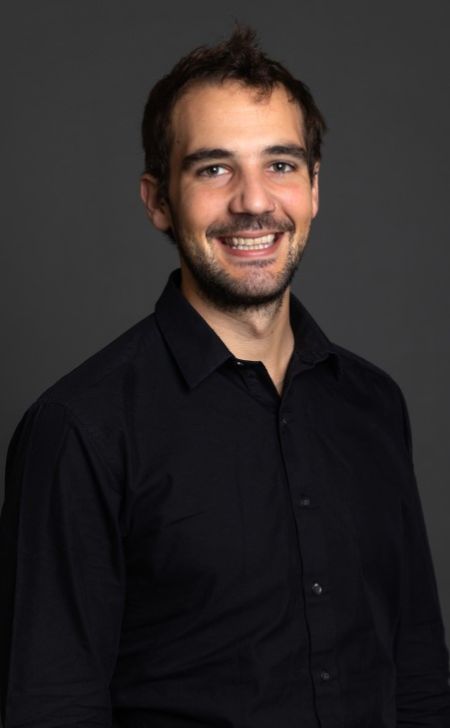 Co-Founder and Deputy Director of the Design Laboratory at the Harvard T.H. Chan School of Public Health

André Nogueira’s research—focused on how design frameworks and methods can improve the well-being of people, organizations, and ecosystems—has caught the attention of the Bill and Melinda Gates Foundation, United States Agency for International Development (USAID), Kresge Foundation, and more. Most recently, he was awarded the 40 Under 40 Public Health Catalyst Award by the Boston Congress of Public Health (BCPH).

The award recognizes “leaders, entrepreneurs, researchers, scientists, and activists” who are inspiring young public health workers to change the world, according to BPHC. Nogueira’s work uses solution-oriented approaches to explore better futures in public health, casting aside the traditional paradigm of using past data to influence change.

“Right now, most research in public health focuses on expanding a solid body of knowledge to influence policy. We leverage design knowledge to explore if successful and meaningful interventions to complex well-being challenges can provide a base for new research while contributing to innovative and effective public policy,” Nogueira said.

Nogueira joined the cohort of the doctoral degree program at the Institute of Design in 2016, graduated three years later, and quickly headed off to academia as co-founder and deputy director of the Design Laboratory at the Harvard T.H. Chan School of Public Health.

“At ID, my entire journey was about developing sustainability-oriented frameworks and methods. My initial goal was looking for a broader approach to sustainability, integrating social, environmental, and economic factors in a pragmatic manner. This process prepared me to engage with the complexity underlying public health challenges,” Nogueira says.

Before coming to ID, success surrounded Nogueira in his home country of Brazil. One month after leaving the corporate world of urban development to co-found his own design studio, the company already had 40 projects on contract.

Within three years, even with no sign of success slowing, he left São Paulo for Chicago and the next chapter of his life.

Nogueira had already earned degrees in architecture, urban design, and geography. But he began questioning his career because of one ideal: sustainability.

“I wanted to focus on more sustainability-oriented projects, but they were losing priority to timelines and milestones,” Nogueira says. “That’s when I decided I wanted to search for a discipline focusing on structured processes.”

After Nogueira arrived in Chicago to pursue a master’s degree at ID, Charles L. Owen Professor in Design Carlos Teixeira explained that Nogueira’s academic records and deep experience pool—ranging from urban redevelopment to more rural projects on the banks of the Amazon River—was beyond the dual master’s program that he was interested in earning. So Nogueira was encouraged to join the Ph.D. program instead.

“The Ph.D. program at ID helps develop rigor and a critical lens that you can only get with much more experience in the industry, and then not always, depending on the type of work,” Nogueira says.

Nogueira never dreamed he’d end up in academia. But through his Ph.D. in design, he’s been able to make real change in the world of public health and fulfill his commitment to sustainability.