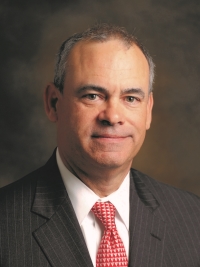 David Crowell (ARCH ’79) is a nationally and internationally recognized expert in high-rise buildings with more than forty years of experience, his notable work includes leading the design phase for The Shard in London, and was part of the project management team of the Shard in London and Kingdom Tower in Jeddah, which when completed, will be the tallest building in the world. He is a frequent speaker, panelist, and writer on building industry topics. In the nomination packet, David is described as having “integrity and fairness throughout every project” and as someone who “always works in the best interest of his clients.” 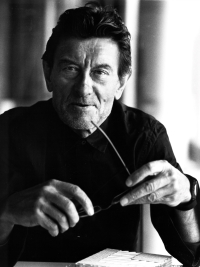 Helmut Jahn, FAIA is an influential architect, known for designs such as Sony Center in Berlin, Germany, the James R. Thompson Center in Chicago and the Doha Exhibition and Conference Center. He was a founding member of the Mies van der Rohe Society and serves on the Board of Advisors for the College of Architecture at Illinois Tech.  He resides in Chicago with his wife Deborah and is father to son Evan and grandfather to Elizabeth and Lily. The nomination submitted for him describes Helmut’s contributions to Illinois Tech as “many levels, from the students he taught to those he mentored and those he supported through scholarships- many of whom went on to successful careers of their own” and that “the University’s affiliation with someone of Jahn’s accomplishments and global acclaim cannot be overlooked.” 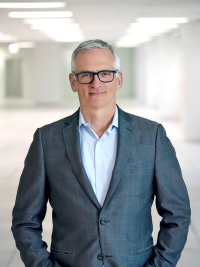 S. Christopher Gladwin serves as a member of Illinois Tech Board of Trustees and as Chief Executive Officer at OCIENT. In 2004, he founded Cleversafe, which was based at Illinois Tech’s technology incubator and became the largest object storage vendor in the world, before being acquired by IBM in 2015. Chris has been a longtime and dedicated volunteer for the Illinois Tech community. Countless students and alumni have benefited from his advice, expertise and generosity. In the nomination, Provost Peter Kilpatrick described that “The Galvin Award was established to recognize a non-alumnus who has had the greatest impact on Illinois Tech in three areas: service, leadership, and philanthropy. I can say without compromise that Chris Gladwin has had a profound impact on the future of Illinois Tech in all of these areas. I cannot think of a stronger possible candidate for this Award.” 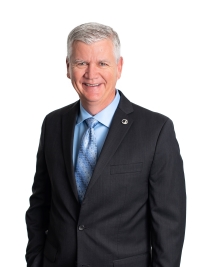 Michael Rogers (CE ’83) is an accomplished engineer recognized in the field of dam safety, he has more than forty years of experience in the design and construction of dams and hydroelectric projects. He currently works as a Vice President and Global Dams Practice Leader at Stantec; where he has led projects such as the Big Bear Valley Dam Rehabilitation Project and the San Vincente Dam Raise. He resides in Arvada, Colorado with his wife Kristin and is father to Sara, Emma, Daniel and Joseph. He is a proud grandfather to two wonderful grandchildren. His nominator emphasized Michael’s experience advising professional societies in more than 20 countries about how dam design effects public safety, sustainable environments, renewable power, clean water, reliable flood control and outdoor recreation. 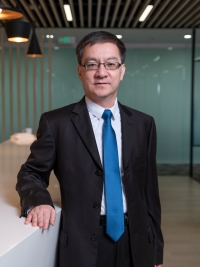 Scott Zhang (M.S. MAE ’89, Ph.D. CHE ’92) is currently President of Honeywell China, he has a long tenure of leadership experience, customer knowledge and technological innovation. In addition to professional achievements, he is a dedicated and long-term volunteer with Zhangjiang Town Center Primary School, where he has been instrumental in planting the seeds for STEM education among students. He currently resides in China with his wife Dongmei Xie and is father to one daughter, Nicole Zhang [Cheung]. His nominator describes Scott as “especially keen on growing talent and building capabilities. He continues his focus on STEM education for kids. He has sponsored and led the efforts for Honeywell’s Nobel Laureate campus programs in China, Mexico and the Czech Republic and science lab curricula in India with the Agastya Foundation.” 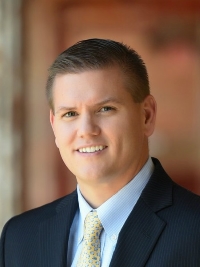 Patrick Rush (FMT ’97, M.B.A. ’98) is a former Illinois Tech athlete who learned teamwork and leadership while on the baseball team. He has more than 22 years of experience in the financial industry and has been CEO of Triad Financial Advisors since 2012. His first book, “Gain Big and Give Back: Financial Planning with Intention” is being published by Forbes Books in the fall of 2020. He lives in Greensboro, North Carolina with his wife, Dr. Christina Rush and his children Havana, Walker and Quincy. In the nomination, Patrick is described as “demonstrating leadership in numerous charitable organizations in his Greensboro community,” and a “tireless Board Member for the March of Dimes in North Carolina.”

Sidney Jeffe (ME ’50) was the first in his family to graduate from college, he also served as in the United States Army during World War II prior to attending Illinois Tech for engineering. He joined Chrysler shortly after graduation and stayed for more than thirty years, first as an automotive engineer and later as a corporate executive. He was part of the team that created Chrysle TorqueFit, an automatic automobile transmission that experts at Hot Rod magazine described as “legendary” and “revolutionary.”  In 2018, Sidney was profiled for our Impact Magazine and he described his time on campus as “Illinois Tech is a very special place for me. I enjoyed its academic rigor and comprehensive education- and IIT opened many doors for me in my career.” 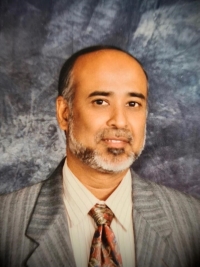 Syed "Zaheer" Zaheeruddin  (M.S. IE ’75) was an accomplished engineer with work in Saudi Arabia, India and Australia. He worked in building construction, engineering and building materials for more than thirty years. After his retirement, he volunteered as a bookkeeper and office administrator for a local non-profit in Melbourne, Australia. In accepting this award on behalf of his father, his son, Sameer Syed said that his father “would have been extremely honored and humbled to be recognized by Illinois Institute of Technology,” and that on a visit to Chicago in 1999, Zaheer proudly brought his family to visit campus, which he credited to his professional and career success. 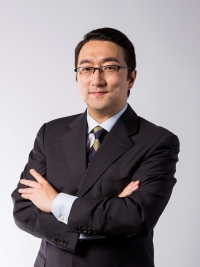 Kun Li (Ph.D. MSC ’15) is an assistant professor at Beijing Normal University, he co-authored his first professional journal article in Journal of Behavioral Finance in 2016. His work has earned him a Beijing Talent Fund award, given to high-achieving professionals under age 35, in 2016. In 2017, the Ministry of Education of China selected Kun and gave him a national grant for Teaching and Education Reform of Central Universities in China. He and his wife, Yangyang Zhang, reside in Beijing, China. In the nomination, Kun is described as an alumnus who “applied what he learned at IIT Stuart in his teaching career with outstanding results.” 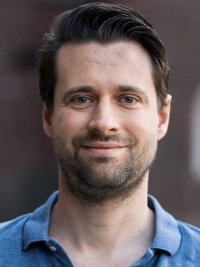 Ricardo Vinuesa Motilva (M.S. MAE ’09, Ph.D. ’13) is an associate professor at KTH Royal Institute of Technology in Stockholm, teaching courses in fluid mechanics and vehicle engineering. His work has earned him the Göran Gustafsson Award to Young Researchers. He lives in Stockholm, Sweden, with his wife Angelica and daughter Sophia. In the nomination, Ricardo is described as “a very serious, hard-working and motivated researcher, with an extraordinary potential as a leading academic,” and “a real pleasure to collaborate with.” 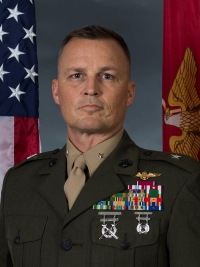 Len F. Anderson IV (STH ’93) is a Brigadier General and Deputy Commanding General for the Marine Corps Forces Cyber Command and he currently leads a joint task force to combat violent extremism online. He previously flew as a demonstration pilot for the US Navy Flight Demonstration Squadron, the Blue Angels, from 2002 to 2004 and active duty in Iraq in 2014 and in joint coalition forces combating ISIS in 2018. He currently resides in Annapolis, Maryland. In his nomination, Len is described as someone who “exemplified leadership through his dedicated service to our country. In addition to serving honorably and remarkably, Len has been able to illustrate globally what IIT alumni can achieve.” 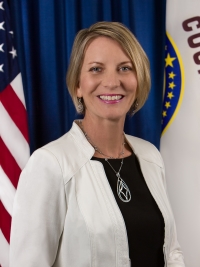 Amy Campanelli (LAW ’87) is the Public Defender for Cook County; she was appointed by Cook County Board President Toni Preckwinkle in 2015, after a career in public defense representation. She was named one of “The 50 Most Powerful Women in Chicago” by Chicago Magazine in 2020 and was previously a Fellow of the American College of Trial Lawyers. Amy lives in La Grange, Illinois with her husband Patrick and children Paul, Annabelle and Emily. In the nomination, Amy is described as “committed to reducing incarceration of her clients by supporting smart, fair, and non-discriminatory criminal justice reform at every stage of the process. 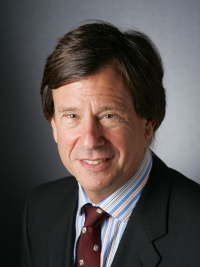 Michael Kassner (M.S. MET ’77) is the current Choong Hoon Cho Chair and Professor of Materials Science at University of Southern California, he previously served in the US Navy and was appointed as Director of Research at the Office of Naval Research from 2009 to 2012. He is actively pursuing research at USC on creep, fracture, fatigue and thermodynamics. His nominator describes Michael as someone who “has reached the top of his field, internationally, in the mechanical behavior of metals, which started at IIT. His reputation in high-temperature creep plasticity places him at least in the top three experts in the world.” 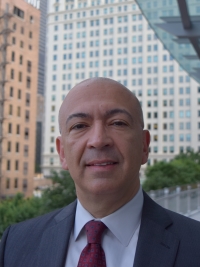 John Kerin (EE ’84, M.B.A. ’90) was named President and Chief Executive Officer of the Chicago Stock Exchange in 2014, a role he held until the sale of the company in 2018, resulting in a 100-fold increase in common stock shareholder value in his four-year tenure. In 2018, he was awarded a patent related to automated order processing; since leaving the Stock Exchange he has worked with several startups in digital asset, crypto currency and blockchain analytics. John resides in Park Ridge, Illinois where he served as an Alderman and spent four years on the Board of the Park Ridge Economic Development Corporation. In the nomination, John’s professional impact is described as “Not only has his leadership revived a business with a business model that was fading into obsolescence, it has created new opportunities and enabled new products that allow Chicago to remain competitive in the financial markets.”