Geoffrey Williamson's research interests span the disciplines of signal processing and control systems. His work emphasizes system identification and parameter estimation, including adaptive filtering, with application in signal processing, control, and biomedical settings. His current research projects involve modeling vascular dynamics in the kidney to help in understanding the progression of kidney disease, developing methodologies for the automated recognition of animal vocalizations, and analyzing the dynamics of control of power electronic systems. He also maintains an interest in the development and analysis of algorithms and model structures for effective system identification and adaptive filtering, using both linear and nonlinear model structures.

Williamson has previously served as the Associate Dean for Academic Affairs in Illinois Tech's Graduate College and as the Graduate Program Director for the Department of Electrical and Computer Engineering. He was an Associate Editor in digital signal processing for the IEEE Transactions on Circuits and Systems Part II. He is a Senior Member of the Institute of Electrical and Electronics Engineers, and he is a member of Eta Kappa Nu and Tau Beta Pi.

Myril B. Reed Best Paper Award, 2002 Midwest Symposium on Circuits and Systems (with Daniel A. Bailey). 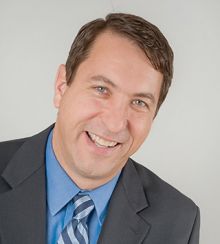