Mahesh Krishnamurthy received his Ph.D. in Electrical Engineering from the University of Texas at Arlington, Texas in 2008. At Illinois Institute of Technology, he is currently a Professor of Electrical Engineering at Armour College of Engineering and Academic Director of the Kaplan Institute of Innovation and Tech Entrepreneurship. He is also the Director of the Grainger Power Electronics and Motor Drives Laboratory. Since 2015, he has been serving as a Distinguished Speaker with the IEEE-Vehicular Technology Society after serving as a Distinguished Lecturer from 2011-2013 and 2013-2015. He has co-authored over 140 scientific articles, patents, book chapters, and technical reports. He has been awarded several teaching and research awards, including the 2006-2007 IEEE Vehicular Technology Society Transportation Electronics Fellowship award.

Krishnamurthy is the advisor for the Formula Electric racecar team at Illinois Tech, which won the prestigious Fiat Chrysler Innovation award at the SAE Formula Hybrid Competition. He also started Illinois Tech’s NASA Robotic Mining Competition team in 2016, which won the overall third prize in its very first year of participation at the NASA Kennedy Space Center. He is the recipient of the 2017 Bauer Family Teaching Excellence Award and the 2017 Armour Excellence in Education Award at Illinois Tech.

Diagnostic techniques for the measurement of mutual inductance in a Switched Reluctance Machine, US patent# 12/140,232. 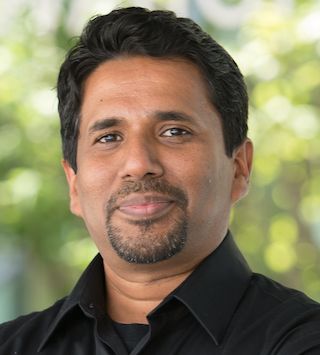