Maryam Saleh is currently the executive director of the Ed Kaplan Family Institute for Innovation and Tech Entrepreneurship at Illinois Institute of Technology. Saleh has spent her career working at the intersection of academic research and startups. She has a B.S. in computer engineering from Brown University and a Ph.D. in computational neuroscience from the University of Chicago. In between earning those degrees, she was a founding member of Cyberkinetics Neurotechnology Systems, a startup that commercialized brain implant technology that aimed to restore movement in quadriplegic individuals.

Saleh is also a key player in the Chicago entrepreneurial ecosystem, including serving as an advisor, and previously as a vice president, at MATTER—a business development hub for more than 200 cutting-edge startups worldwide that work with hospitals and health systems, universities, and industry-leading companies to build innovative health care solutions. Saleh also helped to launch a number of spinouts from university research at Northwestern University, where she founded a medical device innovation fellowship and a seed fund to support the development of the faculty’s medical device inventions.

Most recently, she was vice president./general manager of sales and partnerships at Machinify, a venture-backed startup that applies artificial intelligence technology to re-tool health care payer operations. Saleh is passionate about advancing equity in entrepreneurship—toward that goal, she co-founded the Chicago Women in Bio 3.8 Initiative, an effort aimed at placing influential female executives on the boards of Chicago-area life sciences startups. She is a member of the Economic Club of Chicago and resides in the city’s Hyde Park neighborhood with her husband, Jason MacLean, and her two children, Rhys and Tiah. 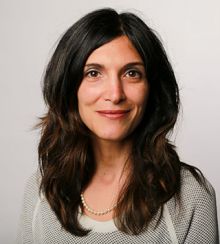