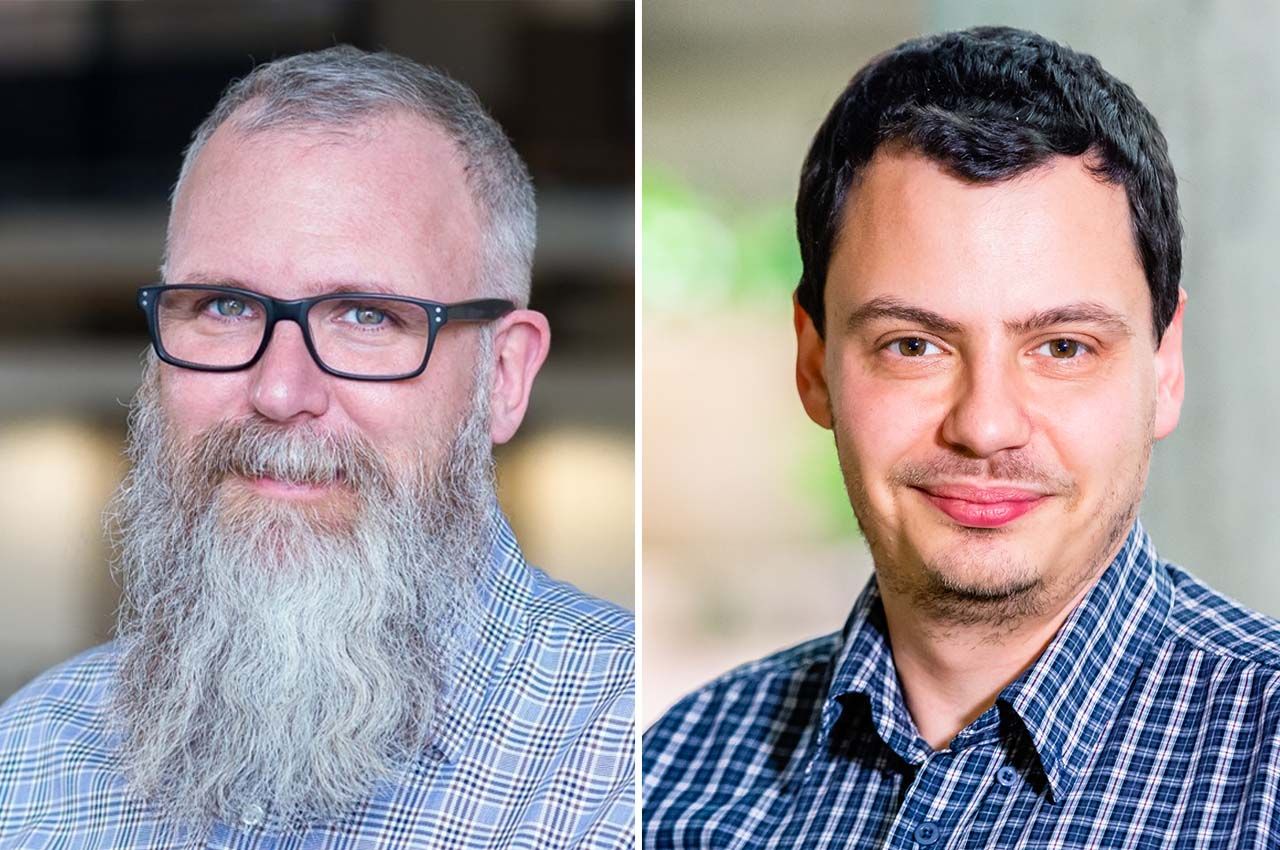 Argonne, a United States Department of Energy (DOE) laboratory located 20 miles from Illinois Tech’s Mies Campus in suburban Lemont, Illinois, operates world-class user facilities for the research community. Illinois Tech students and faculty already use a variety of Argonne’s experimental resources to gain hands-on research experience and to pursue problems in their fields. Nicolae and Papka hope to raise more awareness for these opportunities, particularly in the fields of computer science and computational science.

“As working scientists today, we have a responsibility to help develop the workforce of tomorrow,” Papka says. “Ideally, the expertise and experience we can bring to the Illinois Tech community will get more students interested in pursuing computational science careers. After all, they have some of the world’s most powerful computing resources available to them, and practically in their backyard.”

Papka is a senior scientist who also holds several leadership roles at Argonne, including as director of the Argonne Leadership Computing Facility, a DOE Office of Science supercomputing center for open science research. Nicolae is a computer scientist in Argonne’s Mathematics and Computer Science Division, and he held research appointments in Germany and Ireland before joining Argonne’s staff in 2017.

“It’s a great opportunity for students to learn more about our lab and experience hands-on research,” Nicolae says.

“We are very excited about our deepening partnership with Argonne, as exemplified by these new appointments,” Argamon says. “The collaborations that this enables will not only broaden our research activities and extend our impact, but also open up new opportunities for our students to gain practical and interdisciplinary experience by working with scientists at a DOE national lab.”

With these appointments, Papka and Nicolae hope to encourage more faculty-led projects, too. One of Papka’s longtime research collaborators, Illinois Tech Professor of Computer Science Zhiling Lan, has used Argonne resources to work on problems at the forefront of HPC research, with Papka co-supervising Lan’s doctoral students working in the same field.

“I hope to encourage many more Illinois Tech faculty members and their students to put Argonne machines at the core of their computer science investigations,” Papka says.

“It’s a rapidly evolving area that will have a lasting impact and presents plenty of new collaboration opportunities and research topics for the students,” he says.

At Argonne, Nicolae is a technical lead of a project that develops a checkpoint-restart framework for HPC applications. He also was awarded an Early Career Research Project called DataStates, a declarative model that tags datasets with properties expressing hints, constraints, and persistency semantics rather than directly interacting with a data service to read/write datasets.

Papka’s research focuses on scientific visualization, large data analysis, and enabling science with computers and computing technology. He has also worked with computational scientists to find ways to improve the performance and use of supercomputers and has improved the role of documentation in the operation of large-scale facilities.

“I look forward to becoming more engaged with the Illinois Tech community, to continue working with Illinois Tech faculty, and to help students advance and enable the use of computing in discovery science,” Papka says.

“I am thrilled to welcome Papka and Nicolae to our department,” Argamon says. “They will help us grow our research impact in HPC, AI, data science, and related areas, including through collaboration with Argonne and expanding our connections with the rest of the university.”