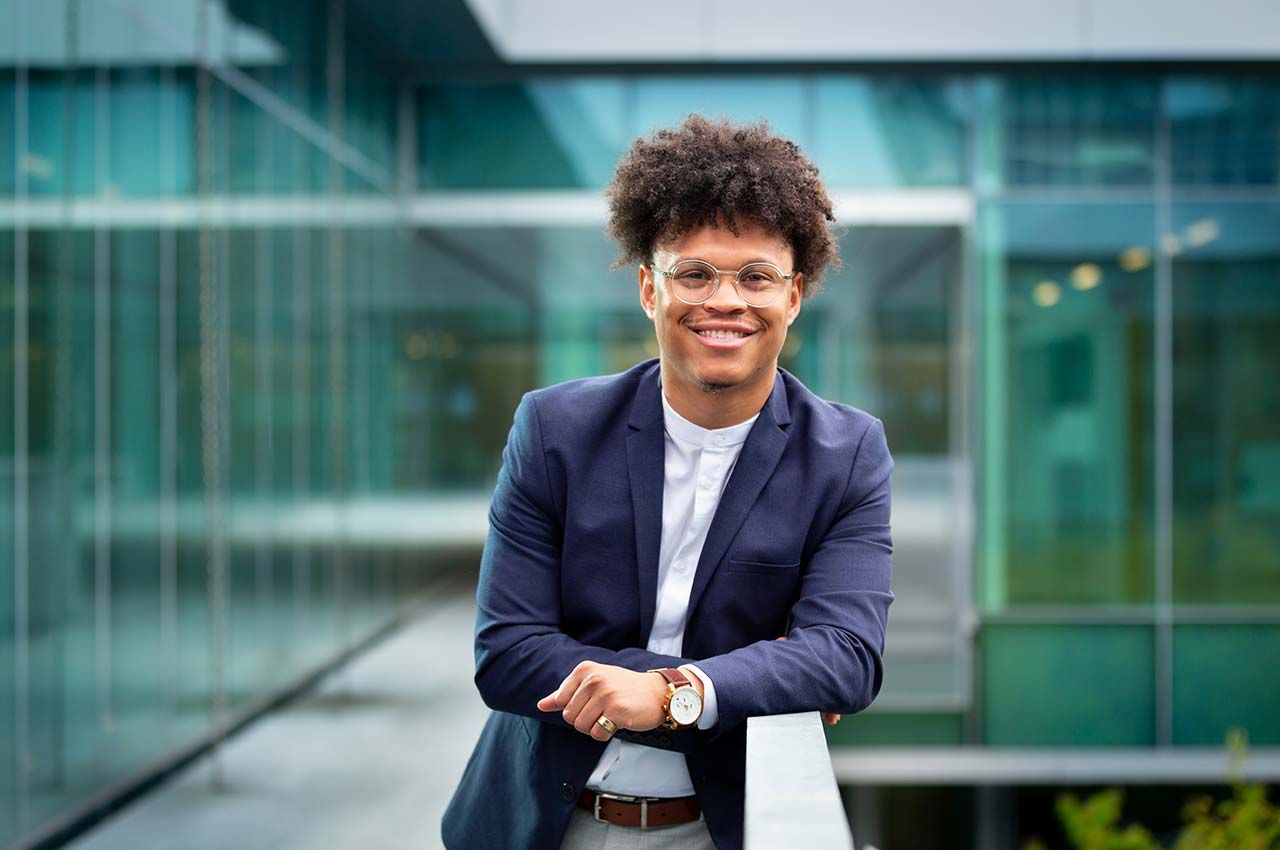 Tommie Collins’s (M.Des.+M.B.A. ’21) plan was never to stay in his native Chicago. Instead his dream was to, as he puts it, “be the next Mies van der Rohe somewhere on the East or West coast.” But during his undergrad at Hampton University, Collins’s perspective changed. An interest in architecture shifted into a need to study design, and his desire to leave Chicago in the background shifted.

“I realized there was a great opportunity to come back to Chicago and be the change I wanted to see,” says Collins. “So often people become frustrated with their circumstances and they leave it for someone else to resolve or figure out, and I thought it was time to break that cycle.”

Following his undergraduate program, Collins worked in graphic design, but after a few years began seeing its limitations. Deciding to further his education, he found the Institute of Design at Illinois Institute of Technology, the only design school offering a dual degree in business and design at the time. But it also offered Collins a platform to explore design as a means for change making.

“My mom is an educator and my father is a retired social worker, and I was trying to figure out how the hell did I get into design, what the parallel there was,” says Collins. “I realized that the common thread between those three things is that they’re people-centered. They’re about helping people become the best version of themselves and providing access to things they might not have access to.”

While at ID, Collins learned the design tool that would help him make the change he wanted to see: co-design, a method of designing that gives stakeholders more agency in the creation of design solutions, ensuring the final product meets their needs.

“Co-design is really about shifting power dynamics,” says Collins. “With co-design I shift from being the expert to a learner. And the folks who have a need—the people who are trying to shift things—they become the experts, and I am gleaning from them. I think that’s important and validating for them.”

As a student, Collins has worked with Thrive Chicago, a social impact organization, to help address the lack of Black and Latinx men working as educators. Leading co-design sessions and focus groups, Collins and his co-designers aim to eventually create a pipeline for young men of color to go from being students to educators, while creating a guide to policy that can improve experiences for both students and educators.

Collins has also worked with ID faculty member Chris Rudd at his human-centered design firm, ChiByDesign, which is dedicated to empowering community members through design methods. In addition to working on ChiByDesign’s branding and identity, Collins has helped with projects like a youth-led regenerative lab and a study that identified how racism impacts the adoption process at the Ohio Department of Jobs and Family Services.

“As a designer of color, I am trauma informed, not trauma invested; a lot of the projects I work on I can connect and relate to in some shape or form, but it’s so important that I remove myself and my experiences from it and focus on the people that I am designing with,” says Collins. “There are moments where it’s important I use my voice and say I don’t think this will work as a person with those experiences, but also not letting that determine the trajectory of what we’re doing. Because it’s not about me; it’s about the people I am designing for.”

Following graduation, Collins will continue to work at ChiByDesign. Long term, he hopes to apply his design skills to opening a fine and performing arts school in Chicago’s Englewood neighborhood, as well as an entrepreneurial incubator.

“There’s a void when it comes to the fine and performing arts, and that’s such an essential part of my community. I want to bring that back there,” says Collins. “And I think there are so many businesses on the South and West sides of the city that, if they had some extra support to expand and grow, they could. So I want to create a space for folks to pitch ideas and see what others are doing, and just launch into doing their own things.”