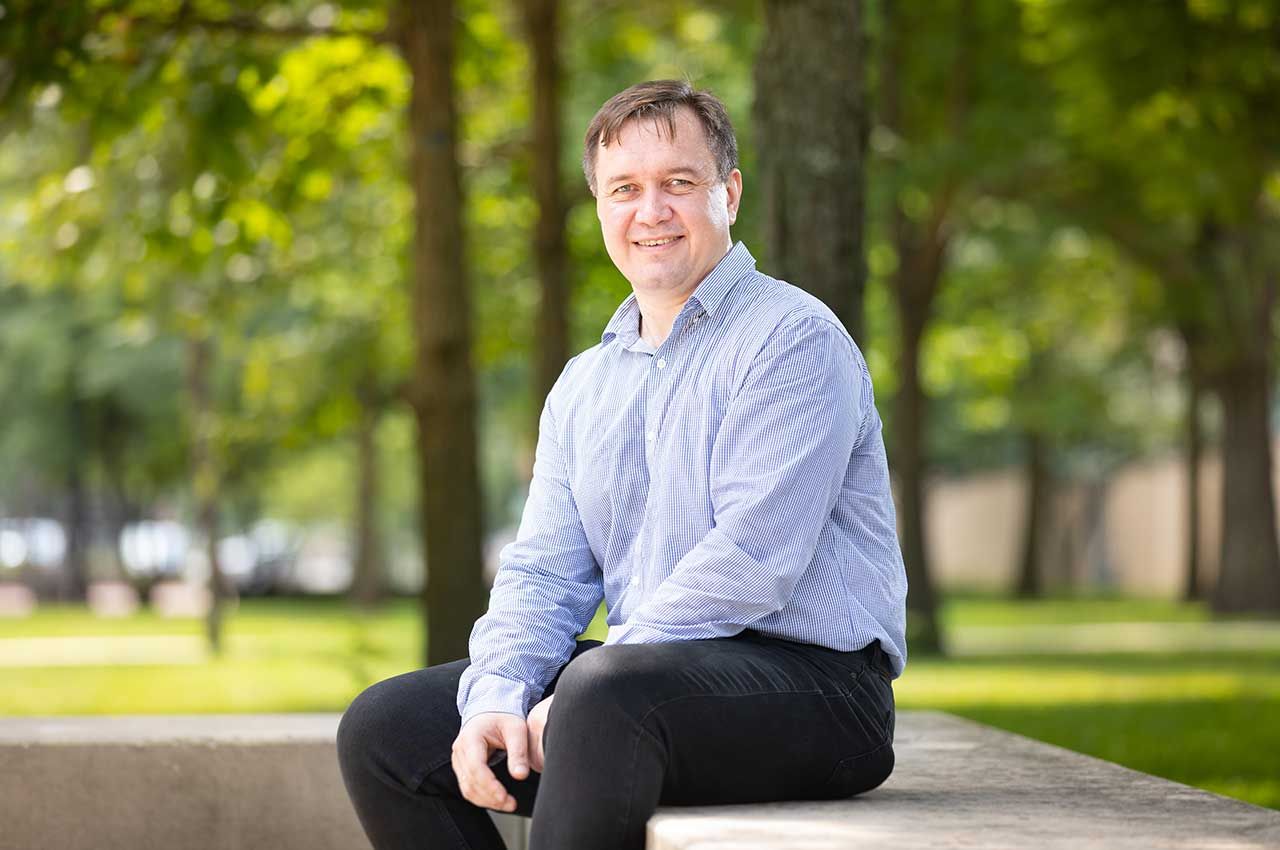 Assistant Professor of Chemistry Andrey Rogachev has been chosen to receive the Scientist Medal from the International Association of Advanced Materials (IAAM), a Sweden-based, international nonprofit organization. The award is given to researchers at all stages of their careers, aiming to honor and further encourage groundbreaking research, per the IAAM website. Rogachev is being recognized for his “interdisciplinary contribution to strengthening of the ‘Advancement of Materials to Global Excellence,’” according to a letter Rogachev received from IAAM.

Rogachev, who joined the faculty of Illinois Institute of Technology in 2013, is not a member of IAAM, but his name was put forward for consideration for the award by the organization’s executive board.

“It was a little unexpected, but [it] was absolutely great, “ Rogachev says of learning he received the award. “For me, this award means that [the] many-years-long efforts and hard work of my research team in the area of material science were recognized and appreciated at the highest level. It also shows the importance of quantum theory in [the] design and construction of new materials.”

As a recipient of the Scientist Medal, Rogachev will deliver a lecture via a webinar in late September as part of IAAM’s Advanced Materials Lecture Series. He is also scheduled to receive the medal on October 27 in Stockholm during a ceremony taking place at the European Advanced Nanomaterials Congress, led by IAAM; however, the event may be moved online due to the COVID-19 pandemic.

Rogachev has also been selected to receive the VSET Scientist Award from Vebleo, an international scientific organization that organizes events in the fields of science, engineering, and technology. According to Vebleo’s website, the VSET Scientist Award “is a tribute to the researchers/scientists who have contributed to the progress of humanity through their dedication to science. This award is for outstanding researchers at a mid-stage in their career, who are leaders in their field and have a publication history of at least 10 years.” Rogachev will give a talk as part of the Webinar on Materials Science, Engineering, and Technology, hosted by Vebleo, which will take place online from September 17–20.

Rogachev’s research at Illinois Tech has been focused on theoretical chemistry, with particular emphasis on “highly accurate modeling of electronic structure and properties of chemical systems with great potential,” he says. He runs a quantum chemistry research group at Illinois Tech, which engages graduate students, undergraduates, and high school students in its projects. He has published 98 articles in top journals, including Science magazine, with more than 40 articles pertaining to his work in the field of curved polyaromatic systems, also known as buckybowls or fullerene fragments.

Rogachev has also published research exploring new “impossible” molecules with unusual properties; the chemistry and physics of a new type of heavy analogs of N-heterocyclic carbenes; mixed-metal beta-diketonates as precursors for new materials for catalysis and batteries; activation of small molecules such as SO2; and the concept of aromaticity, among other topics. Rogachev’s work on the theoretical design of new catalysts via deep understanding of their electronic structure was recently awarded a New Direction Grant from the American Chemical Society Petroleum Research Fund.

Recently, Rogachev began work on the development and construction of a comprehensive theoretical spectroscopy database for drug detection, a project he thinks could prove to be of national importance.

“It will make police and board control services fully prepared before new, deadly, dangerous drugs show up on streets, placing them steps ahead of crime drug dealers,” Rogachev says. “The same approach is now extended to detection of highly poisoning chemical weapons.”