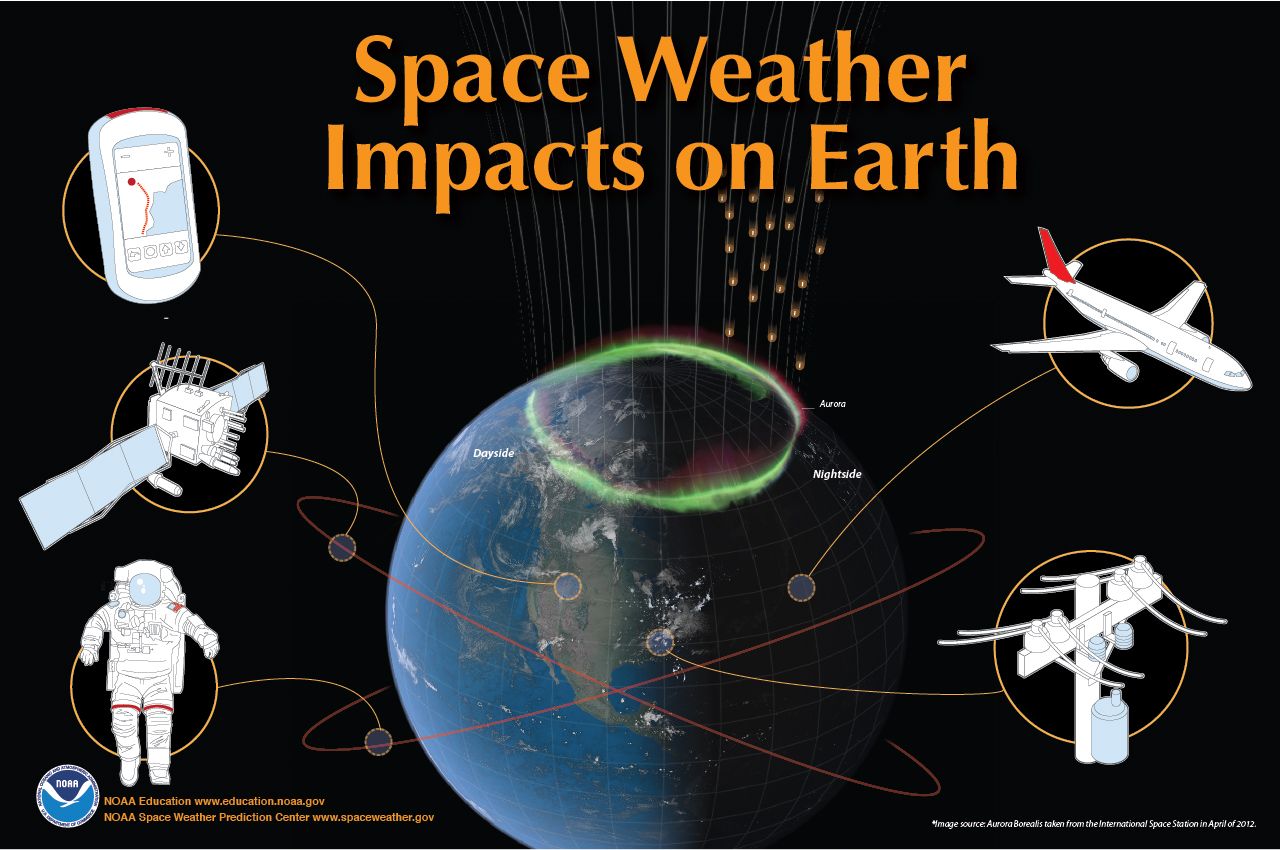 Wondering if you should bring your umbrella on a walk? Modern weather forecasts have got you covered. But higher up in the atmosphere, farther from Earth’s surface, scientists are still figuring out how to calculate when and how the weather will change.

Seebany Datta-Barua, associate professor of mechanical and aerospace engineering at Illinois Institute of Technology, studies Earth’s space weather environment and the ways that it impacts our technological systems.

At altitudes ranging from 100–1000 kilometers above the surface of Earth, the weather has little to do with the rain forecast and instead is all about tracking the zones of charged particles, also called the ionosphere, that might interfere with communications satellites and GPS. These particles move around the atmosphere, pushed by winds, electromagnetic fields, and interactions with other particles in their surroundings, both charged and uncharged.

Right now even the best models can’t accurately predict where these charged particles will move, which is a problem because their presence can decrease the accuracy of important navigation systems such as GPS.

As a GPS signal travels toward you, interactions with the charged particles in the ionosphere slow down the signal. “It may take a few nanoseconds longer to reach you, and that could mean that your estimate of where you are is a few meters off from where you actually are,” says Datta-Barua. “That could have implications particularly for people who use GPS for precision-types of applications like aircraft landings or precision farming.”

Datta-Barua’s goal is to continue to build toward creating a climate model that takes in daily data measurements and produces an accurate forecast. “If it was on your nightly news, we might be saying something like, ‘You can expect a 20 percent chance of auroral sightings over Chicago,’ or aircraft may get an alert for upcoming operations to ‘expect some five-meter positioning error in your GPS due to the ionosphere,’” says Datta-Barua. “That’s where I picture what the future might look like, where before you launch to the moon or something, you’ll want to check your current space weather conditions.”

This work also has applications related to climate change, as Datta-Barua has worked on models that track how certain particles travel to the ozone layer where they can cause damage.

In a paper published in the Journal of Geophysical Research: Space Physics in May 2021, Datta-Barua focuses on one piece of the space weather puzzle: how the charged and uncharged particles interact and move together at this altitude in the atmosphere. Datta-Barua originally started this project as part of the National Science Foundation Faculty Early Career Development (CAREER) Award she received in 2014.

“Because all these particles lie in the same region, they interact with each other through collisions and through collective motion effects, so that interplay and interaction between them gets pretty complex,” says Datta-Barua.

When analyzing the calculations produced by a climate model, Datta-Barua looked in particular for a kind of invisible wall called a Lagrangian coherent structure (LCS), which identifies a ridge where the groups of particles split off into two sides, with one group of particles going in one direction and the other in a different direction.

“Lagrangian coherent structure analysis is interested in questions of material transport. If you put a dye in some sort of fluid and it’s flowing a certain way, where’s that dye going to go or not go?” says Datta-Barua.

“When we started this project years ago we didn’t know what the LCSs would look like, but we’ve found there are high-latitude ionosphere LCSs and high-latitude thermospheric LCSs, and with this paper, we see they actually have some relationship to each other,” says Datta-Barua. “The ions and electrons want to move in response to electric fields and magnetic fields, but they keep running into neutral particles, and they end up dragging them along with them.”

Datta-Barua says more research will need to be done to understand the physical mechanism that makes this happen, but it’s an important step toward building a predictive space weather model because it shows where these groups of particles that interfere with satellite communications tend to go.

She says the real game-changer will be NASA missions such as the current ICON and the future Geospace Dynamics Constellation, which in about a decade should provide more regular data measurements in the upper atmosphere that can be integrated into climate models for greater forecasting capabilities. Until then, she continues to unfold the complexities of weather in space.