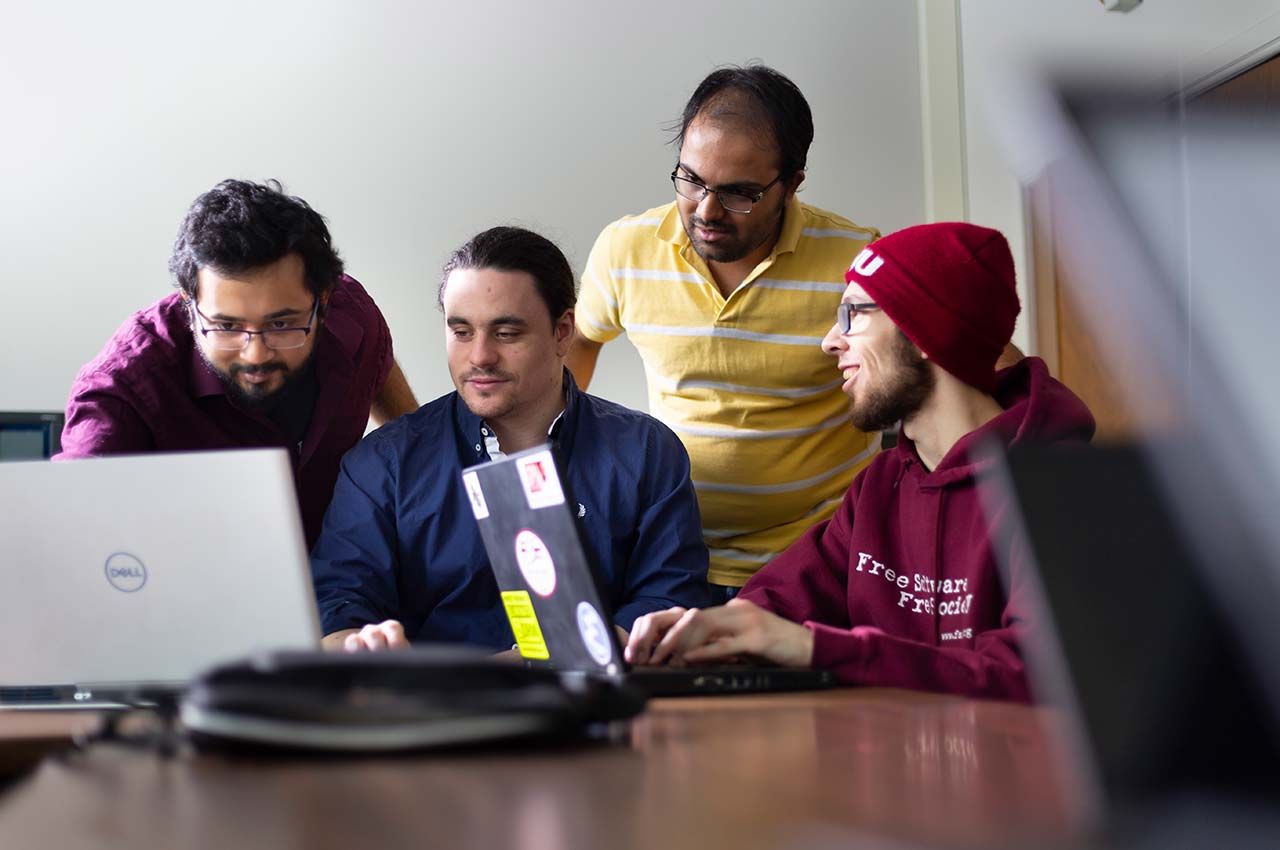 Deep-learning algorithms for supercomputing will be more efficient due to research conducted by an Illinois Institute of Technology doctoral student, who was recognized at a prestigious international computing conference.

Hariharan Devarajan (Ph.D. CS ’21) earned a best paper award at the Institute of Electrical and Electronics Engineers/Association for Computing Machinery CCGrid conference hosted in Melbourne, Australia, for his innovations in identifying data bottlenecks that hinder input/output (I/O) performance in deep-learning algorithms. By identifying these bottlenecks, scientists will be able to extract more performance from supercomputers in their research.

“Consumption of large amounts of data is necessary for deep-learning techniques,” Devarajan says. “Due to the explosion in big data’s volume, there is an I/O bottleneck on large-scale distributed deep-learning training. However, there is a lack of understanding of the I/O behavior of large-scale deep learning applications. A deep understanding of the I/O behavior of deep-learning applications can enable us to reduce the I/O bottleneck through various data-access optimizations.”

“As a result, deep learning has not found success in traditional scientific domains such as climate modeling or DNA folding,” Sun says.

“Based on the characterization, we developed a novel representative benchmark suite called DLIO: A Data-Centric Benchmark for Scientific Deep Learning Applications,” he says.

Devarajan began the research as a summer intern under the supervision of Huihuo Zheng at Argonne National Laboratory’s Data Science Group, headed by Venkatram Vishwanath at Argonne Leadership Computing Facility. By interacting with domain scientists there, Devarajan says he began to understand new perspectives of deep-learning applications and enhancing collective knowledge through active collaboration. He completed the research under Sun’s supervision after the conclusion of his internship.

“Profiling the I/O behavior for these applications is very challenging because of the lack of tools to produce I/O profiling and analyzing them,” Devarajan says. “As a part of this work, we built a methodology to effectively profile scientific deep-learning applications on production supercomputers. Also, we developed several tools to analyze these profiling logs and generate a holistic view of the I/O behavior.”

Devarajan presented his findings at the IEEE/ACM CCGrid conference virtually.