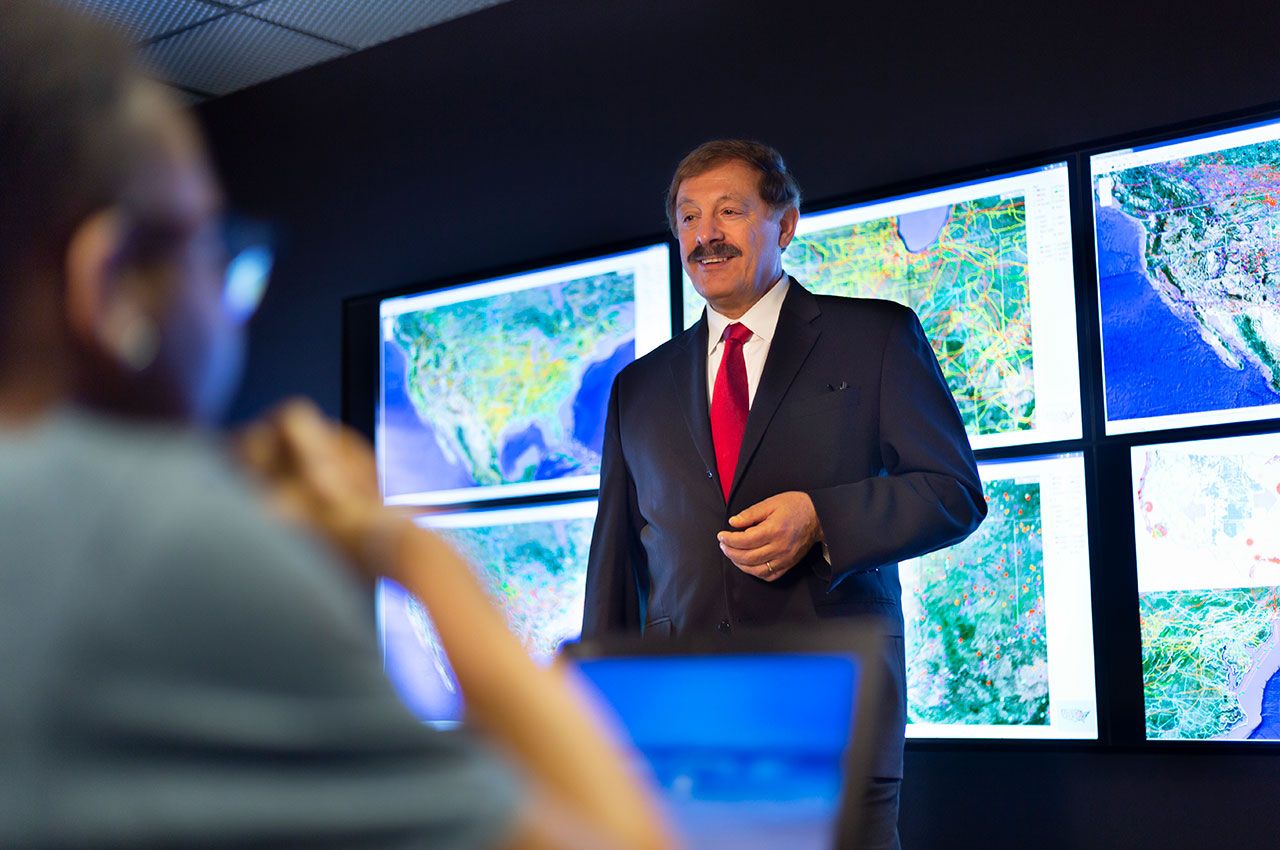 The COVID-19 pandemic shuttered businesses and moved a chunk of Americans to begin work-from-home situations in March—all of which has sparked changes in the demands on our power systems and could have deeper implications if shelter-in-place rules continue into the summer, the director of Illinois Tech’s Robert W. Galvin Center for Electricity Innovation says.

Bodine Distinguished Chair Professor of Electrical and Computer Engineering Mohammad Shahidehpour—who also oversees the university’s microgrid as part of his role at the Galvin Center—wrote an article about the pandemic’s impact on power system operations planning for the Institute of Electrical and Electronics Engineers (IEEE).

“Coronavirus is a public health issue, but engineers need to think about this and consider how people use energy and behave in different circumstances,” Shahidehpour says.

Shahidehpour sees two major challenges for power systems, but also argues that more research is needed to better understand how best to respond to the extreme conditions of a global pandemic. In addition, he emphasized that it is important to include public health and public policy leaders in conversations about power system planning.

Shahidehpour plans to collect and analyze data about power consumption during the pandemic to help power system operators prepare for the months ahead, as well as the next unexpected extreme condition.

The first challenge that Shahidehpour sees for power systems is the need for the power system to be flexible as the gap between a day’s highest (peak) and lowest (valley) point of power ebbs and flows with demand, as illustrated in a duck curve figure on a graph. Data shows that usage drops during the middle of the day and spikes in the evening, even during the pandemic.

Both peak and valleys of usage dropped during China’s three-month COVID-19 confinements (January to March), according to the data Shahidehpour analyzed. However, the gap increased. When this happens, power systems have to work harder to ramp up or down.

“If you don’t have that flexibility, you can’t reach that peak,” he said. “It means you cannot supply the loads that you have and a bunch of lights will be turned out.”

The same is expected to happen in the United States and other parts of the world as the shelter-in-place rules continue. However, as summer approaches—and solar PV generation will increase—there is a risk of over-generation during the day by thermal power systems, which can result in shutting down thermal units that will be needed at night time.

“In all such cases, corresponding power companies will have to dump more solar PV generation in order to keep their thermal generation units in operation,” Shahidehour writes in his article.

The second challenge is power systems’ ability to manage voltages. System equipment can handle only a certain voltage range, but when more solar power is added to the grid and usage is lowered, voltage is increased.

“This can be a very risky situation for grid operators,” Shahidehpour says.

Better planning is needed, says Shahidehpour. A good example of planning was for the March 20, 2015, total solar eclipse, when power operators spent months evaluating the potential risk to the power grid by losing significant levels of solar PV generation during the eclipse.

What does this all mean for customers?

Customers can help the grid and save money by performing high-energy tasks, such as running the dishwasher or washing machine, during non-peak hours. Power is cheaper when the demand is low, such as in the middle of the night.

An even better solution is for users to employ smart technology that can help identify the best times for power usage. One-third of residential usage is assumed to be flexible (or called thermostatically adjustable loads), which includes plug-in electric vehicle charging, dishwashers, air conditioners, water heaters, washer-dryers, pool pumps, and behind-the-meter micro-generators, which can serve as negative loads. We can also add more batteries (stationary storage like the ones installed at Illinois Tech and distributed batteries in electric vehicles) and resort to fast-ramping generation units like small hydro and natural gas units, which would be owned by utilities.

“With the availability of advanced monitoring and communication technologies, it is possible to use aggregated levels of flexible loads as dispatchable resources for shifting and shaving power consumptions during peak periods. Flexible loads can significantly reduce peak-to-valley load differences in order to enhance the grid flexibility and increase the grid efficiency and reliability during critical days to come,” Shahidehpour writes.