Decoding Genetics with the Help of Supercomputers 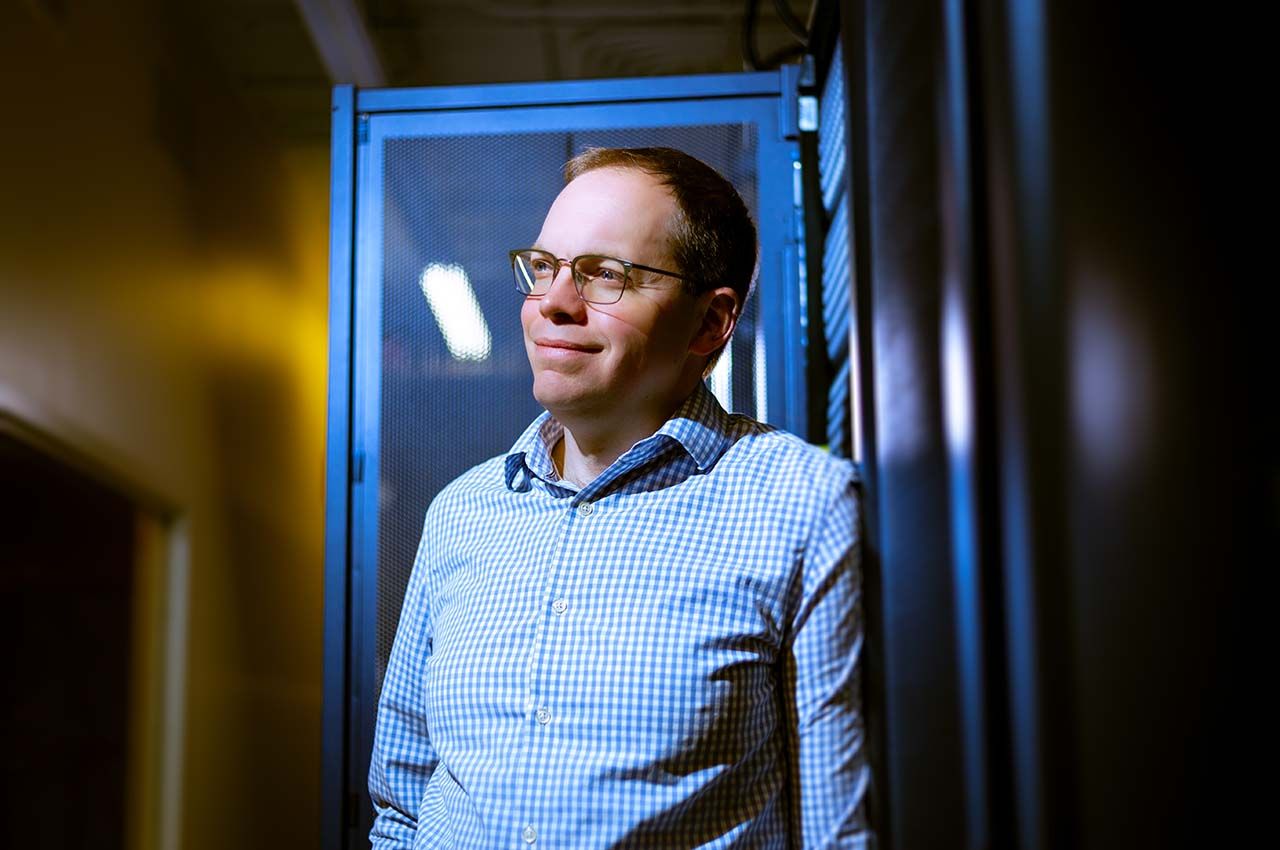 With a $2.1 million, five-year funding renewal from the National Institute of General Medical Sciences (NIGMS), Illinois Institute of Technology Associate Professor of Physics and Biology Jeff Wereszczynski and his team of graduate students and postdoctoral researchers are advancing their exploration of the role of biomolecules in genetic expression. The group, which specializes in computational biophysics, is utilizing supercomputers to run simulations of molecular dynamics, conducting research that could one day have implications for the treatment of many human disorders and diseases, including cardiovascular, autoimmune, and neurological disorders along with multiple forms of cancer.

“People typically think you are the result of what genes you have, but that’s only part of the story,” Wereszczynski says. “It’s not just the genes you have but how they get expressed. Epigenetics is the study of how gene expression occurs and how that’s controlled by factors outside and inside the body. One of the things my group is interested in is the molecular mechanisms that control gene regulation. We [explore] this using large-scale supercomputers, and in collaboration with experimentalists using cutting-edge techniques.”

Wereszczynski was initially funded as a New Investigator by NIGMS, a division of the National Institutes of Health, from 2016 to 2021. The funding was awarded through NIGMS’s Maximizing Investigators’ Research Award (MIRA) program. The funding renewal, which took effect on September 1, 2021, reclassifies Wereszcynski as an Established Investigator, which allows him to fund the graduate students and postdoctoral researchers working in his lab and also to purchase computing hardware that will be housed and maintained at Illinois Tech.

“Each cell has two meters of DNA,” Wereszczynski says. “That DNA has to be packaged and maintained in the nucleus, which has a diameter a million times smaller than this stretched out form of DNA. To study this, we make models of protein and DNA molecules in which every atom is simulated with molecular dynamics simulations. These simulations are based largely on freshman-level physics, and we’ve simulated systems as large as 3 million atoms. This is why we make extensive use of supercomputers. The sheer number of calculations we have to perform for one simulation can require weeks of calculations on the biggest computers in the world.”

Wereszczynski’s team collaborates with the BioCAT facility, led by Illinois Tech faculty and operated out of Argonne National Laboratory, to conduct small-angle X-ray scattering (SAXS) experiments. They also utilize supercomputers located at other institutions in San Diego, Texas, and Pittsburgh, which are part of the Extreme Science and Engineering Discovery Environment (XSEDE), a National Science Foundation-supported consortium of resources for research.

With the funding renewal, Wereszcynski’s team is now adjusting the focus of its work.

“This funding will allow us to push the boundaries of this line of research by looking at bigger and more complicated systems,” he says. “In the past we’ve looked at the smallest part of chromosomes, the nucleosome. We’re now in a position where we can examine more complex systems, including how nucleosomes interact with both other nucleosomes and other proteins and molecules in the cell to understand how changes to proteins and DNA can affect large-scale gene expression.”

The team’s findings, Wereszczynski says, could one day inform the development of chemotherapeutic and other drugs that target specific genetic factors in individuals in personalized medicine.

“There are differences in how genes are expressed or correlated with different cancers and other disorders,” he says. “There’s been exciting work recently looking at the development of therapies that are related to targeting these different epigenetic factors.”