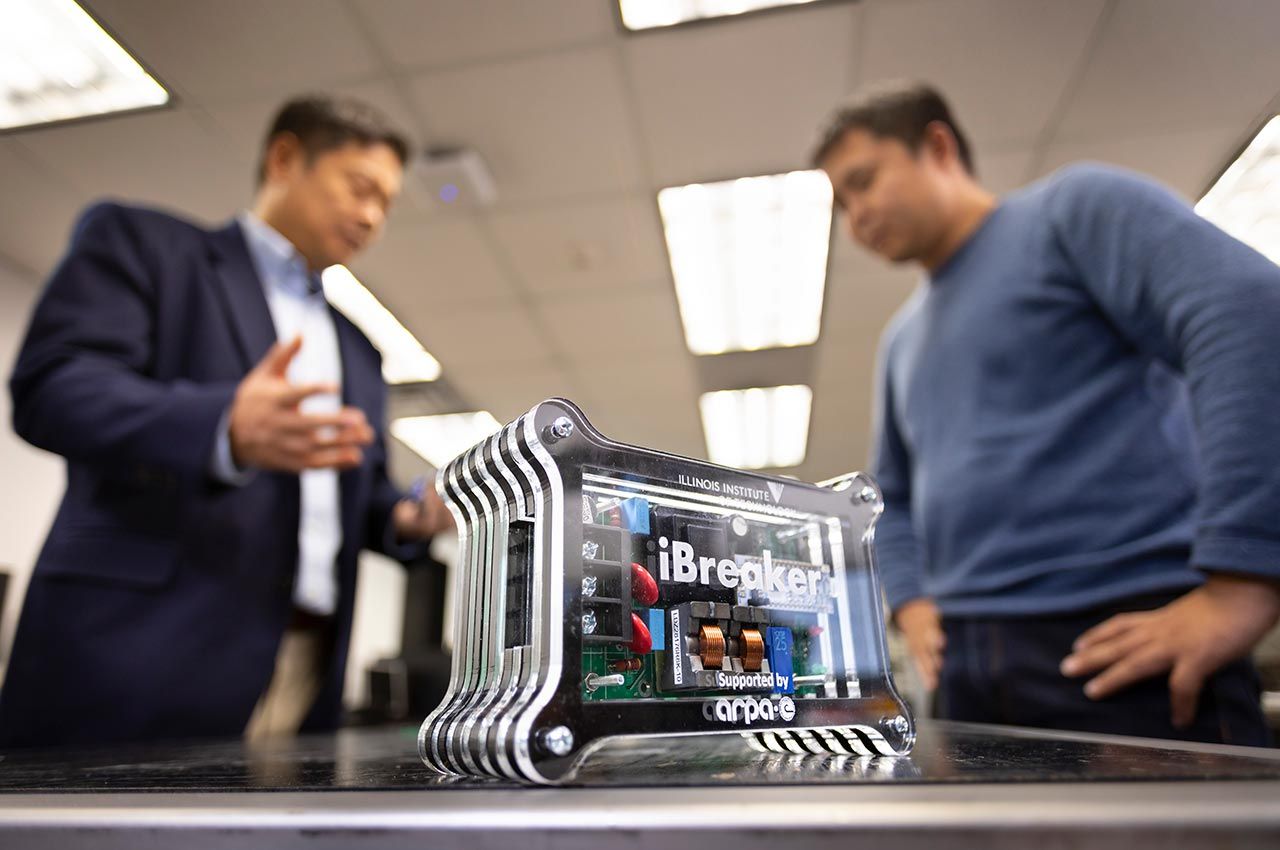 As John Shen likes to say, Thomas Edison was right—he was just 100 years or so too early.

Shen, the Grainger Professor of Electrical and Computer Engineering at Illinois Institute of Technology, believes that Edison was right when he said, in the late nineteenth century, that direct current (DC) is a better form of electricity than alternating current (AC).

Yet, despite the benefits of DC electricity—Shen points to it being more efficient and stable as compared to AC electricity—it has yet to become the preferred source of power for, among others, one key reason: a lack of effective, cost-efficient DC circuit breakers.

Shen and his research team are working to change that.

“DC is coming back. The largest barrier is the lack of circuit breakers for the DC power grid,” Shen says. “You can buy an AC circuit breaker from a Home Depot for $5 or $10 that are very reliable, but you can’t use those for DC power networks.”

Backed by $1.7 million in grants from the Advanced Research Projects Agency Energy (ARPA-E), of the United States Department of Energy, Shen and his research team have been working since December 2017 to develop several solid-state circuit breaker technologies.

The technology would make it easier to utilize DC electricity, an issue since Edison’s time.

Among the prototypes that the Illinois Tech graduate students on Shen’s research team have developed include a 380-volt iBreaker for DC data centers and a new version of Smart Plug devices, which control home appliances via Wi-Fi while also protecting against fire or shock hazards in homes and offices.

That’s not the end goal of the work, though.

“We’re creating more of a platform technology, rather than products,” Shen says. “We’re developing technology. Some of those prototypes are used to demonstrate the capability of the technology.”

As priority continues to be placed on products that are energy efficient—many energy-efficient products run on DC power, which also powers products such as personal computers and LED lamps—the technology that Shen and his team are developing and hope to eventually take to market would make it easier to utilize DC power. Currently, DC-powered products have to draw power from the AC outlet and then convert it to DC with undesirable power losses.

“For the same voltage level, you get 40 percent more DC power using the same set of cables than AC,” Shen says. “For DC, you’re always transmitting at the peak voltage. You’re utilizing the hardware resources constantly, versus AC, where you’re only utilizing [the hardware resources] a fraction of the time. That is why DC is becoming popular in high-voltage (HVDC) transmission systems.”

“Almost all of our electronic loads such as computers and printers run on DC power, and some of our renewable power sources such as solar panels generate DC power. By using DC power directly,” Shen adds, “you eliminate the DC-AC-DC power conversion stages that hurt your energy efficiency.”

The information, data, or work presented herein was funded in part by the Advanced Research Projects Agency Energy (ARPA-E), U.S. Department of Energy, under Award Number DEAR0000890. The views and opinions of authors expressed herein do not necessarily state or reflect those of the United States Government or any agency thereof.

Photo: Grainger Professor of Electrical and Computer Engineering John Shen (left) talks to a student behind the iBreaker prototype. 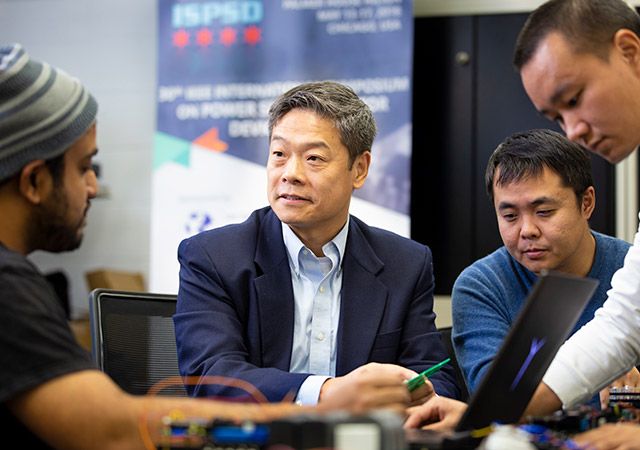 Backed by $1.7 million in grants from the Advanced Research Projects Agency Energy (ARPA-E), of the United States Department of Energy, Grainger Professor of Electrical and Computer Engineering John Shen and his research team have been working since December 2017 to develop several solid-state circuit breaker technologies.