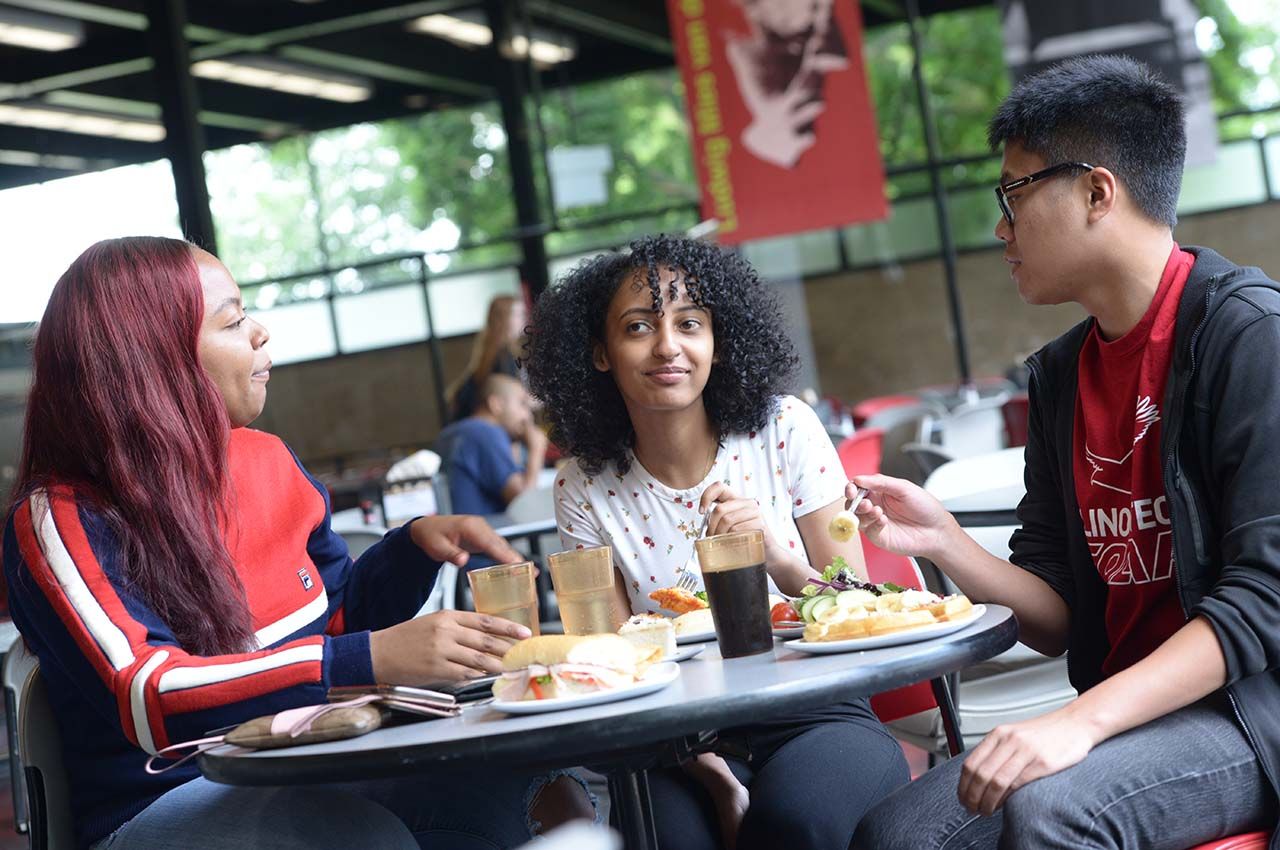 At the end of each semester, Steven Goodwin and the rest of the Chartwells team at Illinois Institute of Technology sit down to take inventory of what worked in the university’s residential and retail dining spaces, what didn’t, and what opportunities exist for partnerships.

Ultimately, Illinois Tech students’ input plays the biggest role in helping Goodwin and his team select the direction for Chartwells, the university’s food service provider, in the following year. There are other factors at play, too—including a desire to partner with local businesses to provide new dining options on campus.

Over the course of the last two years, the university has joined with Co-op Sauce, Justice of the Pies, and Marz Community Brewing Company, all of which are based in Chicago.

“We want to work with as many local partners as we can,” says Goodwin, the Chartwells resident district manager at Illinois Tech. “And so every year we just try to find ways to expand those partnerships.”

In working with Co-op and Justice of the Pies, the university is collaborating with two businesses that Goodwin says place a premium on being involved in their communities. Illinois Tech Executive Chef Mark Angeles and Goodwin teamed up with Co-op to create an Illinois Tech-branded sauce, Tech Yeah!, which was available for the first time in the fall 2021 semester, and other Co-op sauces are available throughout campus. Justice of the Pies’s pies and quiches are available at Global Grounds and 10 West on Mies Campus.

The partnership with Marz allows The Bog to serve two of the brewery’s beers on tap throughout the year, with beers changing seasonally.

“Co-op provides opportunities for families and children in the area to find jobs and training,” Goodwin says, adding of Justice of the Pies and proprietor Maya-Camille Broussard: “She provides…cooking classes for families and youth throughout the area.”

While Goodwin and his team make a concerted effort to develop local partnerships to provide more dining options on Illinois Tech campuses, most of the team’s decisions are made with one prevailing goal: to ensure that students have the dining options that they want. Goodwin says that they have a student advisory committee that meets regularly, and students can offer suggestions or notes when they see something they like or don’t like.

One area that has seen a big response from students to start the 2021–22 academic year is the introduction of a Boost Mobile app that allows students to order food and pick it up.

“It gives the students the convenience of being able to order ahead [and] schedule the time they want to pick it up, so they don’t have to wait in lines,” Goodwin says. “We also introduced a ‘ghost market’ this year in Center Court. Our students can order all of those pre-packaged items—toiletries, things like that—that they want in advance and pick them up and have them ready to go. The app operates very similarly to what you would do at Starbucks. You can go in and customize your coffee, Danish, breakfast items, stuff like that.”

Goodwin says there has also been a continued focus on adding halal offerings, specifically in making them accessible the entire year at a variety of locations on campus. There are halal-specific stations in The Commons, at all three Center Court food court spots, and even on the pub-inspired menu at The Bog.

“Before, we would just have halal options featured on the menu that will pop up regularly throughout the four-week menu cycle,” he says. “Now we have a halal-dedicated station, so we have halal options at every meal period, seven days a week.”

The introduction of more halal options is a direct result of Goodwin and his team being focused on delivering on what students tell them they want.

“The students do such a great job with educating us as well. So, specifically, zabiha halal is becoming something that our students are looking for, or hand-slaughtered versus machine-slaughtered. We’re also sourcing things like that,” Goodwin says. “Vegetarian and vegan [options are] also growing. We have a nice amount of Beyond [Meat] products that are mixed in. You can request a Beyond [Meat] burger. We mix it in the pasta station and the rotation there, then also just throughout our menu.” 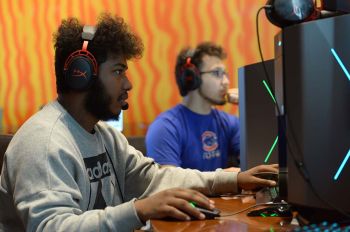 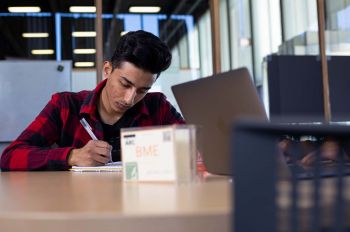