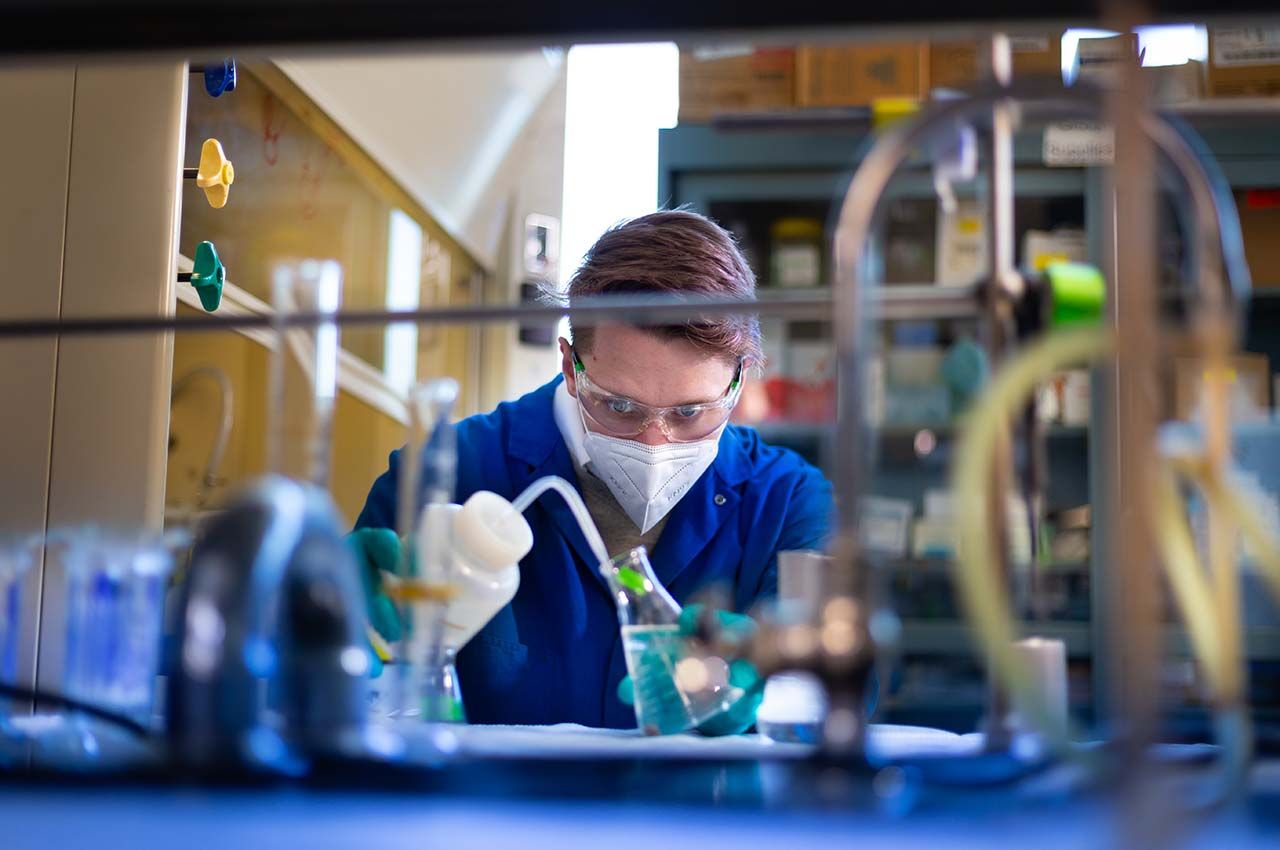 New research underway in Assistant Professor of Chemistry Jean-Luc Ayitou’s AJA Laboratory explores the feasibility of using water as a solvent, a “green chemistry” project that, if adopted in industrial settings, could have a positive impact on the environment.

Will Blodgett (CHEM, CHE, M.S. CHEM 4th Year), a chemistry and chemical engineering double-major who is enrolled in the accelerated master’s degree program in chemistry, is leading the project. Blodgett, whose passion since high school has been environmental-based science, became Ayitou’s advisee after discovering his professor’s work in the areas of green chemistry and photochemistry.

“Organic chemistry, which [Assistant] Professor Ayitou introduced me to during my freshman year, became one of my favorite subjects,” Blodgett says. “I talked with him after class early on in the semester, when he introduced me to the organic-water biphasic project, the principles of green chemistry, and his interest in photochemistry. It all aligned perfectly.”

As Ayitou describes it, green chemistry protocols “aim at mimicking Mother Nature with an emphasis on reducing chemical wastes downstream.” They are “an integral part” of the research projects underway in Ayitou’s lab, he says.

Blodgett spent two years preparing for the biphasic project with support from his lab partner, Alysia DeSimone (CHE, M.S. ENVE 4th Year). Their initial testing with milliliter scales was “very promising,” Ayitou says. This fall Blodgett has begun testing large-scale reactions to using water as a solvent in order to gauge the feasibility of following the same protocol in industry settings.

“Water cannot be used to dissolve many organic compounds, leading many industries to use large amounts of organic solvents, which are more harmful to the environment,” Blodgett says. “With the addition of phase transfer nanocavities in water, we are able to use a much smaller amount of organic solvent.”

After the research is complete, Ayitou and Blodgett hope to publish their findings. Ayitou says he is confident the biphasic reaction technique will prove viable alongside other green chemical synthetic processes.

“We hope to integrate this new approach with existing green chemistry techniques to raise awareness for environmentally benign synthetic protocols,” Ayitou says. “These can be implemented in the industry in order to minimize the use of toxic reagent or to reduce toxic waste.”