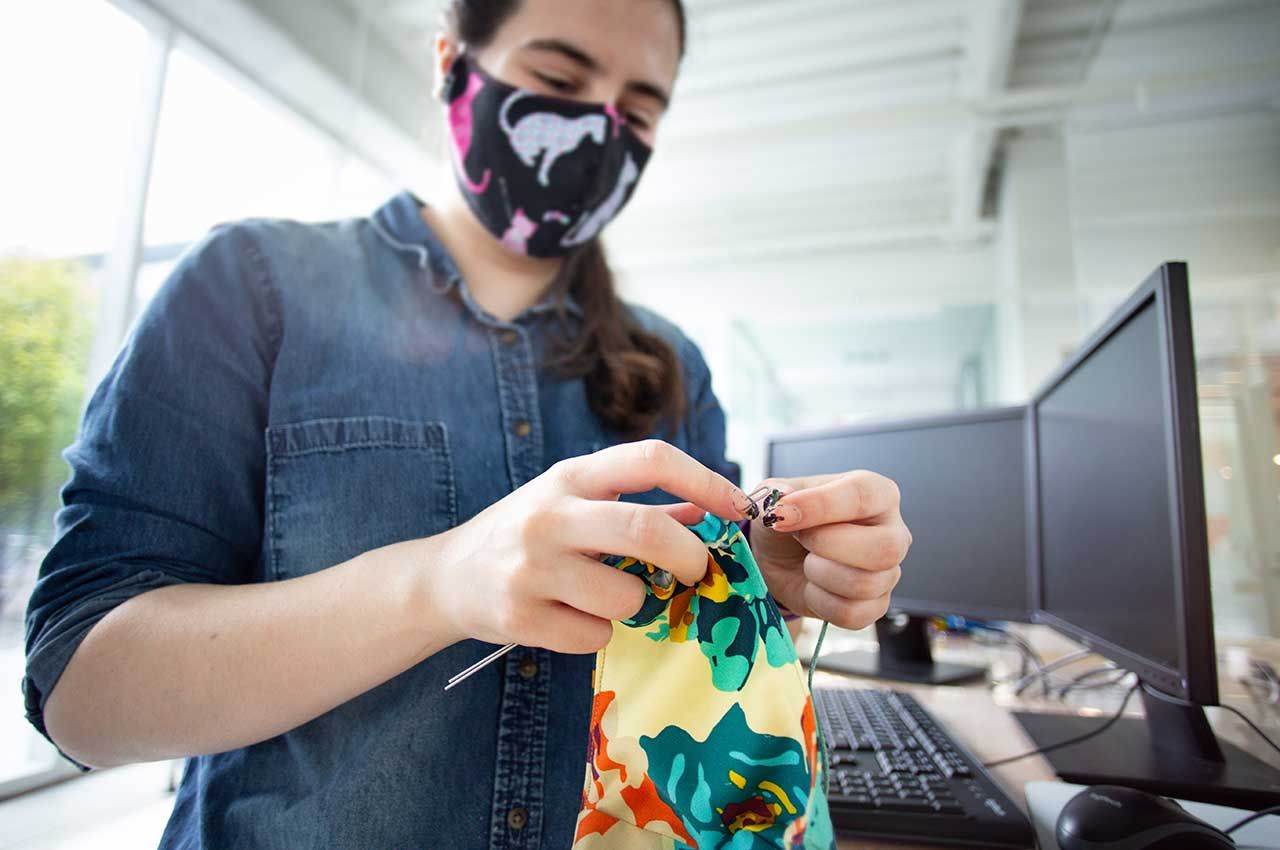 If there was ever a perfect match between project and person, it would be Illinois Institute of Technology’s maskIIT initiative and student Zoe Kyle-Di Pietropaolo.

“I was originally hired for the Idea Shop because of my background in textiles,” says Kyle (ME 3rd Year), who works at the Idea Shop. “I’ve been sewing for 18 years.”

Since the Idea Shop—Illinois Tech’s maker space—began making masks for the university community in the spring, its volunteers have made nearly 750 masks, eclipsing its initial goal of 500. This output provided masks for students and essential workers who were still on campus when courses and most of the Illinois Tech community went remote in March due to the COVID-19 pandemic.

Kyle not only has made a portion of those masks, but also helped to create the pattern for the masks and produce a video that showed Idea Shop volunteers the step-by-step process of how to make the masks.

“We would get all the material sent to campus, we would break them up in smaller chunks, ship them out to volunteers, and volunteers would send back the finished masks,” Kyle says. “I would get seven or eight yards of fabric in a box, and I’d cut them all up and sew them at home. It was fun to do with my family. I made my mom cut.”

“I love sewing, so it’s not a chore,” adds Kyle, who estimates she has made approximately 200 masks.

The maskIIT initiative is just one project that the Idea Shop has worked on since April to benefit Illinois Tech students, faculty, and staff during the pandemic.

Lab Manager Patrick Karnia says the university’s facilities department approached the Idea Shop to gauge whether it could help create plexiglass partitions for a variety of locations on campus, including classrooms, dining spaces, and other highly trafficked areas.

Karnia says that he and Assistant Lab Manager Alessandra Norman designed and manufactured standardized desktop partitions and custom partitions during a three- to four-week span late this past summer. The partitions have since been placed around campus to help bolster social-distancing protocols this fall.

“We’re just pumping out 2-foot-wide and 4-foot-wide partitions, as many as we can…We’ve made, probably, 200,” Karnia says. “For areas like The Commons and Center Court, [the standard desktop partitions] aren’t really feasible for their food lines. So we needed to design custom partitions that would work well for each use case.”

While he and Norman were the only people to work on the partitions, Karnia says volunteers, including former Idea Shop student workers and other campus staff, faculty, and students’ family members, have been key to the success of the maskIIT project. He notes Roxanne Dubose, who works in the university’s Center for Research and Service, has “been by the far the greatest volunteer,“ making nearly 300 masks herself.

Once students returned to campus in August, they were welcomed to make as many masks as they pleased in the Idea Shop, as long as they made an equal number for other campus community members.

“It’s a super easy beginner project, so students who have no clue how to sew can come in and make their masks and they’re all really proud in the end,” Kyle says.

Masks are still available for free for anyone on campus, Karnia says: “Just send an email with which design you want.”

Despite the work the project has taken, Kyle says it has been rewarding.

“I’ll be walking on campus going to class and I’ll see people wearing masks and I’m like, ‘I know I made that one!’ It’s a really great feeling,” Kyle says. “That [mask] enabled them to be here on campus, to work on their IPRO, to work in their lab, and to be part of the community.” 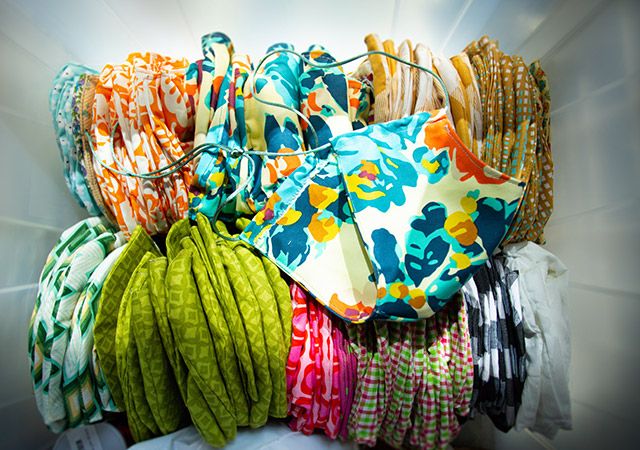 Full-time employees and student workers in Illinois Tech's Idea Shop have chipped in to benefit the campus community by making plexiglass partitions and masks during the COVID-19 pandemic.