Robert B.K. Dewar, a pioneer in computer science at IIT, passed away on June 30.

Dewar taught information science and computer science at IIT as the field was taking off in the late 1960s and early 1970s. He was extremely influential in the development and education of students of the time, who remember him as a brilliant teacher, programmer, role model, and friend who encouraged them in the new field and gave them confidence to wade into its most difficult parts.

“He was the best lecturer I ever had,” said Jeffrey Friedman (CS ‘74). “He could explain the most complex concepts and you would understand them easily—his lecture on recursion is famous. I also worked with him after IIT at Blue Cross Association on a COBOL language macro processor, and at Realia. His amazing ability to write nearly mistake-less code as fast as he could type continued throughout his career—he rescued many projects along the way with that skill.

“And he smiled and laughed and was a great conversationalist, and always had interesting things to talk about. He really was a true genius. It is always a shame when the world loses somebody of his caliber.”

In 2011, the IIT College of Science honored Dewar and others at an event celebrating the 40th anniversary of the computer science department. “From the exchanges and interactions at this event, it was abundantly clear what an important influence Dewar was in the early days of the field at IIT,” said Dean Russell Betts.

“I remember his legendary reputation on the IIT campus as simply being someone who could write computer programs on the fly, while sitting at a keypunch,” said Mike Lips (M.S. Biol ‘73). “Plus, Robert was an enthusiastic man who smiled a lot because I think he found life so engaging.”

A native of Oxford, UK, Dewar earned his B.S. and Ph.D. in chemistry from the University of Chicago before joining IIT as an assistant professor of information science in 1968. When IIT started its computer science department in 1971, Dewar became an associate professor of computer science.

Dewar largely developed IIT’s first computer science degree programs and taught computer science to other IIT students in business, psychology, engineering, and the sciences. With Ken Belcher (ChE ‘70) he created SPITBOL, a fast and robust SNOBOL4 compiler, and he also made other advances in the field. But his lasting legacy for IIT alumni was his influence as a professor.

“Besides being the key professor in my Information Science education, Dr. Dewar served as my faculty advisor from the time I switched from electrical engineering to the BSLA program majoring in Information Science,” said Harley Michelson (IS ‘71). “He facilitated the creation of a personalized curriculum leading to the first BSLA, IS degree granted by IIT. He was an engaging and clear instructor who continuously reinforced my decision to focus on studying computer science. His teaching style and concise, rational approach to problem solving served me well throughout my career in data processing consulting and management. Dr. Dewar was clearly the most important and influential faculty member in my IIT experience.”

“I didn't know Dr. Dewar outside the classroom,” said Bill Schoen (MATH ‘72). “Inside the classroom he was, by far, the finest and most memorable professor I ever had. I remember recursion and having it driven in (again and again) with LISP projects. To this day, I use it more than I probably should, and I'm constantly amazed at kids coming out of college having no clue what this is and only being exposed to a couple of programming languages. I remember one class where Dr. Dewar exposed us to a different language almost every week. One of my most important takeaways was code should be tight and elegant, but also understandable. I think about that whenever I code, but my peers may say sometimes I skimp a bit on the understandable portion. I was lucky to be at IIT at a very good time.”

“He was also a tremendous musical talent,” Friedman added. “I remember once at school he was producing a Gilbert & Sullivan operetta and he needed a violinist. Knowing I played piano he asked me to learn violin and be ready to perform on stage in a week. I politely declined, thinking him crazy to think that anybody could do that so quickly. But he could learn a new instrument and be prepared to perform that quickly. He did play many instruments of the orchestra at concert quality. That always amazed me, maybe even more than his technical skills.”

“I was lucky to make contact with Dr. Dewar again thanks to LinkedIn,” said Michael Faklis (CS ‘78). “He was my faculty adviser after he made me the first matriculated Computer Science undergraduate. I believe my first course with him was on FORTRAN during my third year of high school when IIT offered CS classes on Saturdays. The year before that I had a class with Dr. Bauer on IITRAN. Back in those innocent years I still believed that a programming language meant something, just to learn it’s all program design and project management. The computer language was merely syntax.

“To touch on Jeff’s comments: A true musician can play nearly any instrument with a little practice. A true computer scientist can program nearly any language after learning the syntax. Dr. Dewar showed me how to be a computer scientist. In music, I’m still just a bass player.”

“Every generation finds a specific professor who inspires, challenges, teaches and gives one confidence to pursue their dreams,” said Joel Krauss (MATH ‘71). “Dr. Dewar was this person before the days of computer science as a department. When my generation looks back on IIT on its best day, those of us who pursued complex problems or the domain of (then) mainframe computers think of Dr. Dewar. He gave us the competence to write compilers, solve problems using recursive tools like LISP and do other things that at the time were at the leading edge. Bob Dewar changed lives, opening up new confidence we could tackle any problem of that era. We learned, we were challenged and came away ready for the world before us.”

Dewar left IIT in 1975 for New York University (NYU), where he wrote the first Ada compiler (with the help of Edmond Schonberg) and designed and developed the software architecture for several microcomputers. He was first a research associate professor of computer science at NYU, and then professor of computer science from 1976 to 2005. He also was a former associate director of NYU's Courant Institute of Mathematical Sciences.

Dewar most recently was president of AdaCore, an international software company that he co-founded that focused on programming language design and implementation. The company’s press release about his death is here. Dewar continued to be a thought leader through the end of his life, with key articles that included “Computer Science Education: Where Are the Software Engineers of Tomorrow?” written with Schonberg (pdf); “CS Education in the U.S.: Heading in the Wrong Direction?” with Owen Astrachan and “Will My Car be Safe to Drive?” 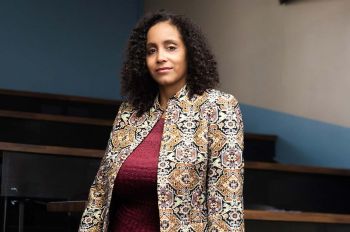 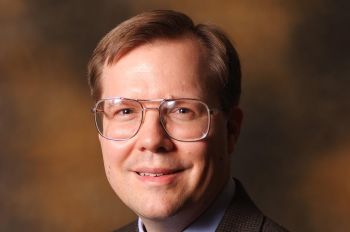 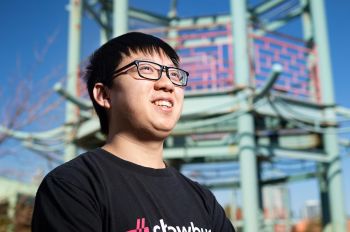 From Illinois Tech Magazine: Delivering on a Tasty Idea