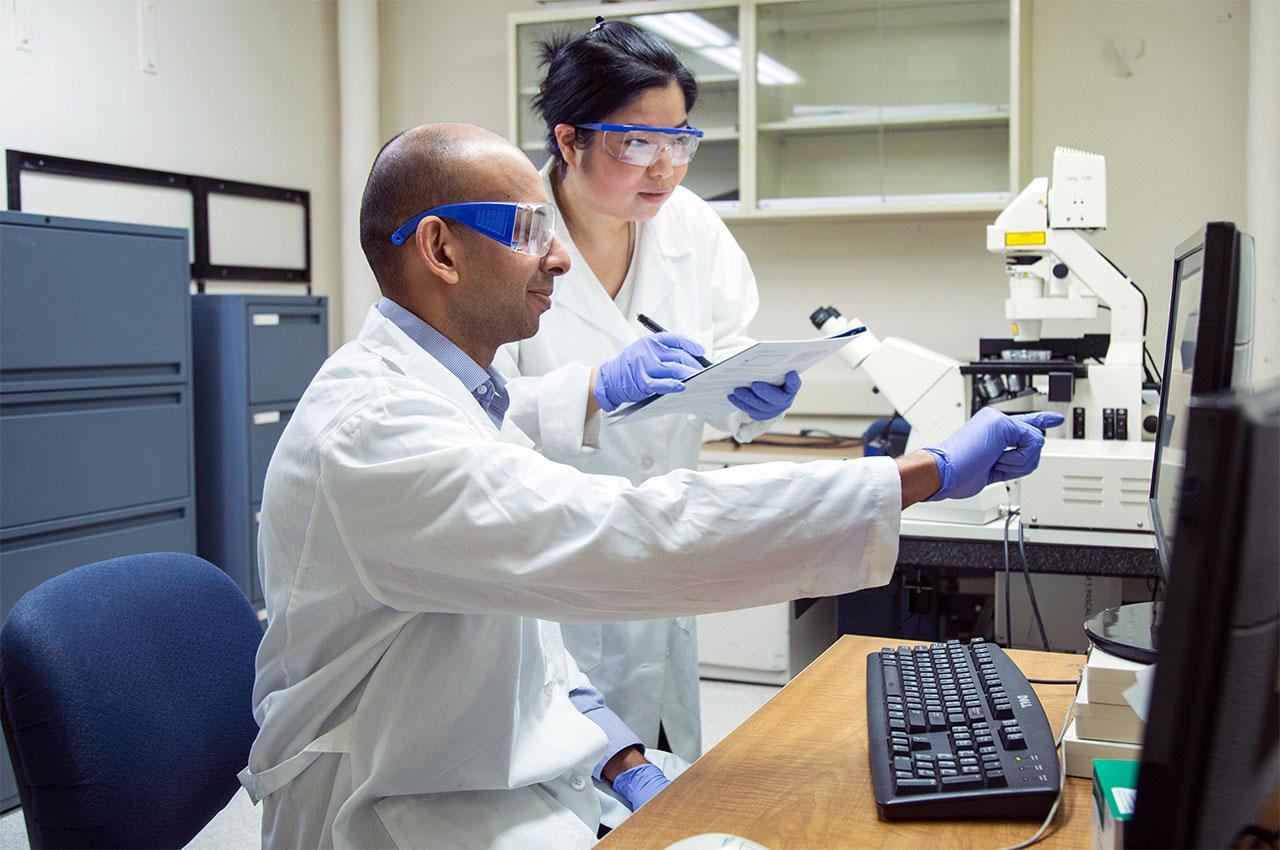 Researchers in Armour College of Engineering are pioneering a new way to grow fat cells outside of the body to aid in disease treatment.

By extracting cells from a patient and placing them in a microfluidic chip—a device that simulates the conditions in which cells grow in the body—doctors and researchers can test new drugs to determine what works and what doesn’t for that individual patient.

Nearly 40 percent of adults in the United States are obese, according to the most recent statistics from the Centers for Disease Control and Prevention.

This kind of customized approach could drastically change the way doctors treat patients in the future, Assistant Professor of Biomedical Engineering Abhinav Bhushan says. Currently, his research is geared toward recreating the microenvironments of fat tissue. By creating a discovery platform with this unique microenvironment to study these cells, Bhushan and colleagues in his lab hope to develop a new way for doctors and other researchers to test treatments for diseases such as obesity and diabetes.

“Microfluidic chips mimic the capillaries of the body,” Bhushan says. “So when you place cells into this environment, they behave like normal fat cells for over three weeks. During this time, our platform allows us to study the differentiation of precursor cells into mature adipose, which is necessary to study the long-term effects of drug molecules on cellular signals and responses.”

This model, developed by biomedical engineering graduate student Nida Tanataweethum, was recently detailed in a paper published in the research journal Biotechnology & Bioengineering. The work was carried out in collaboration with researchers at the University of Chicago and the University of Texas at San Antonio.

Tanataweethum says this new model will open the door for faster, cheaper research.

As part of the Microfluidic Drug Microbiota Interaction Platform project team, Bhushan and colleagues at IIT Research Institute are building a discovery platform to examine the interactions between approved drugs and microbiota in the digestive system using a more physiologically relevant model of the intestine. The team is a finalist for the $1 million Nayar Prize II.