From Illinois Tech Magazine: Building the Motor Ahead of Its Time 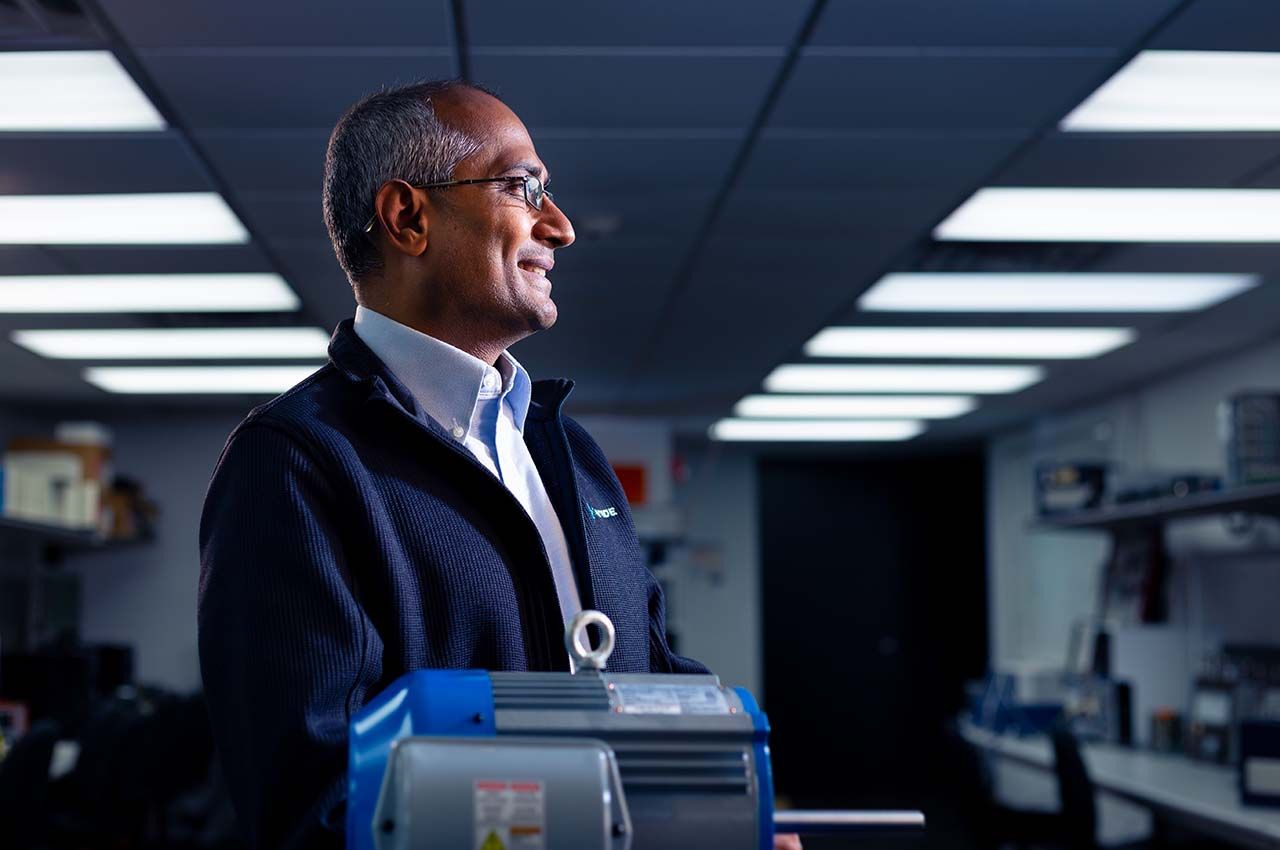 From their home in Bagasara, India, Piyush Desai (M.S. EE ’04, Ph.D. ’09) grew up helping his father fix household items, ranging from motors to gramophones to old radios that operated using valves and tubes.

“My dad had a dream of being an engineer, but he had to drop out of school to work in my grandfather’s shop and wasn’t able to achieve that dream. By working with him, engineering became my choice unconsciously,” says Desai.

Having been raised to view natural resources as sacred, Desai realized the immense energy-saving potential by modernizing motors and drives.

He carried this fundamental belief with him in his first semester as a master’s student at Illinois Institute of Technology in 2002. Having left both a decade-long career and his wife and young daughter in India, Desai was focused entirely on reaching a level of success in the program to make the sacrifices worth it. He immediately began searching for a research project that would offer a real-world impact. But he didn’t confine himself to the most popular motors of the time.

“I believe not just in invention, but in retro-invention,” says Desai. “I firmly believe that we can always find ideas that were ahead of their time.”