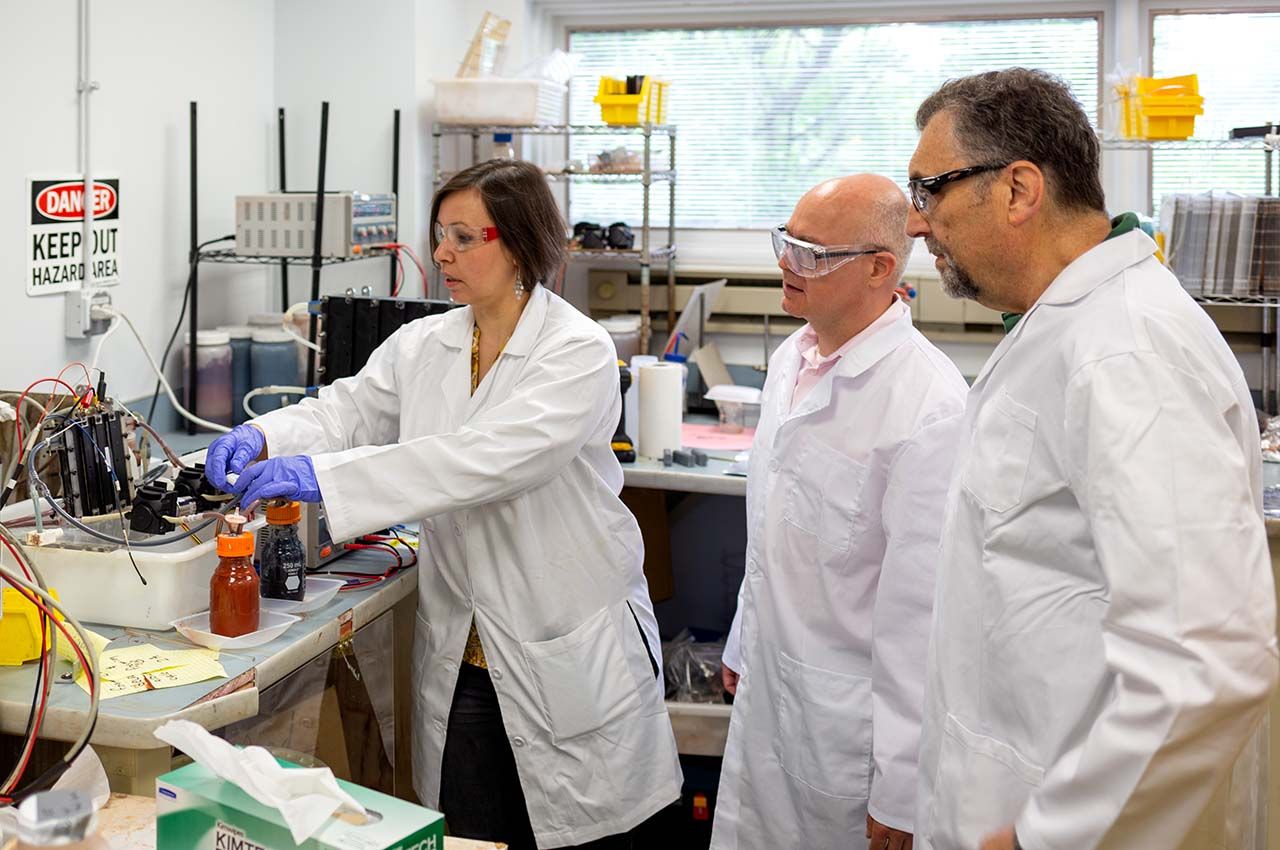 It was only a matter of time—before Influit Energy would need to hire more scientists, before the 2,100-square-foot lab space that the company occupies in Chicago’s West Loop neighborhood would grow too small, and before the three co-founders of the startup whose history is inextricably linked to Illinois Institute of Technology would be ready to publicly disclose what they have created: the world’s first rechargeable, safe, electric fuel.

“We have created a new type of flow battery that is predicated upon a composite material that we invented, which is a nanofluid where the nanoparticles are battery-active materials, which we called nanoelectrofuel, or NEF,” says John Katsoudas (M.S. PHYS ’03), co-founder and CEO of Influit Energy. “All of the technology has come together—we have a crystal-clear path before us.”

Katsoudas calls Influit Energy a “spinout” of Illinois Tech. Leading the company alongside him are two co-founders: Elena Timofeeva, chief operating officer, director of research and development, and a research associate professor of chemistry at Illinois Tech, and Carlo Segre, chief technology officer, chief financial officer, and a professor of physics at Illinois Tech. Segre is also director of the Center for Synchrotron Radiation Research and Instrumentation at Illinois Tech, which operates two sectors of the Advanced Photon Source at Argonne National Laboratory, a resource that Influit Energy occasionally utilizes.

“[Influit Energy’s research] started back in 2009 as a basic science investigation when we were at Illinois Tech and Argonne National Laboratory, and we have taken our technology from basic science development, to applied science, to building prototypes, and now our first product development,” Katsoudas says.

The United States government has also played a critical role in Influit Energy’s growth, awarding the company more than $10 million in contracts to fund the design and fabrication of NEF flow battery prototypes that will allow several agencies to utilize Influit Energy’s batteries in electric vehicles and aircraft.

“The unique high-energy density liquid format of the NEF flow batteries allows use of the same fluids in different devices, meaning fluid, charged at the recharging station from renewable energy sources or a grid, can be used to rapidly refuel vehicles, or for stationary storage and other large portable applications,” Timofeeva says. “Discharged fluid can be returned to a recharge/refuel station for recharging or be charged inside the device by plugging into the power source.”

“We are using multiple small business innovation grants to demonstrate different elements of this closed loop energy ecosystem,” Segre says. “It takes time when you’re trying to do something transformational and new like this, and you have to not overreach, but ultimately, we’re moving toward the same goal—to actually get technology commercialization.”

Five separate projects funded by the government have been strategically designed by Influit Energy to work together as components of a closed loop energy ecosystem that will one day be able to be commercialized more broadly.

“Everything we’re doing right now is geared toward the specific goal of developing what we call the closed-loop energy cycle, whereby your batteries are not solid materials, they are liquids. You can treat the battery as a fuel that gets pumped in to mobility devices—cars, trucks, airplanes, anything that needs to be electrified,” Katsoudas says. “Every one of our contracts is funding a different aspect of the totality development of that ecosystem.”

The fuel utilized by this new system can be charged using either renewable energy or an electrical grid.

“Components of such ecosystems are batteries for devices like cars and electric utility vehicles funded by DARPA as of now; a refueling nozzle and control system, funded by AFWERX; and a charger for fast charging of the fluids, funded by NASA,” Timofeeva says.

Influit Energy has two separate projects underway with DARPA. One is focused on demonstrating the effectiveness of the batteries in a utility electric vehicle, and the other is a study looking at how to optimize and scale up the manufacturing of the NEF batteries. The goal is to reduce the mass and volume of the batteries.

“The fifth project is related to the development of [second-generation nanoelectrofuel] and funded by AFRL SBIR funding,” Timofeeva says. “This new second generation of NEF chemistry in our unique and proprietary nanofluid format will ultimately provide a four-to-five-times increase in energy density compared to state-of-the art [lithium-ion] batteries and could meet Air Force needs and demand with significantly improved energy density, increased operating temperature range, no fire/explosion hazard, and are made of inexpensive, domestically sourced, Earth-abundant materials.”

Because the fluid in the batteries can be recharged in any location using whatever charging mechanisms are available in that market, Katsoudas envisions tremendous growth and opportunity for the use of Influit Energy’s batteries in the future.

“That in a nutshell is what Influit Energy is going after, and every one of the contracts that we have is geared toward,” he says. “[Each of our sponsors are] funding a different section of the vision. The neat thing is that, from Influit Energy’s perspective, they’re funding this complete vision, pieces of it. For [each of the funding agencies], they’re getting a specific pain point addressed that is specific to each of our sponsors, so it’s sort of a win-win-win. And effectively that’s why we’re going to win this—the complete and total electrification of transportation, the electrification of transportation that doesn’t crash the grid, and the distribution of energy that doesn’t cost us to have to rebuild trillions of dollars of infrastructure.”

In June of 2022, the Influit team successfully completed their first NEF flow battery testing for the electric utility vehicle, which was demonstrated at a commercialization partner site. Katsoudas also spoke at the South by Southwest festival and a few academic conferences earlier this year about Influit Energy’s work, and is now in conversation with venture capitalists regarding the future of Influit Energy. As contracts continue to accumulate, the company is hiring new scientists and is actively seeking to expand its square footage—from 2,100 square feet to 20,000—through the acquisition of a new lab space. Where the lab will be located remains to be seen. The co-founders hope to stay in Chicago, but say they are also considering opportunities in Austin, Texas. 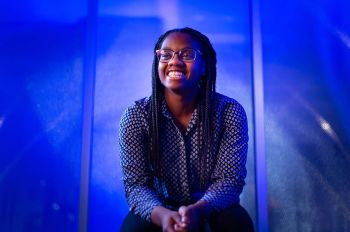 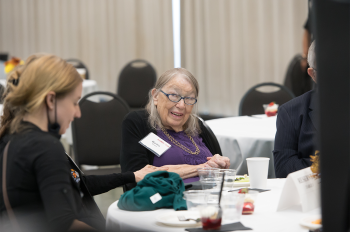