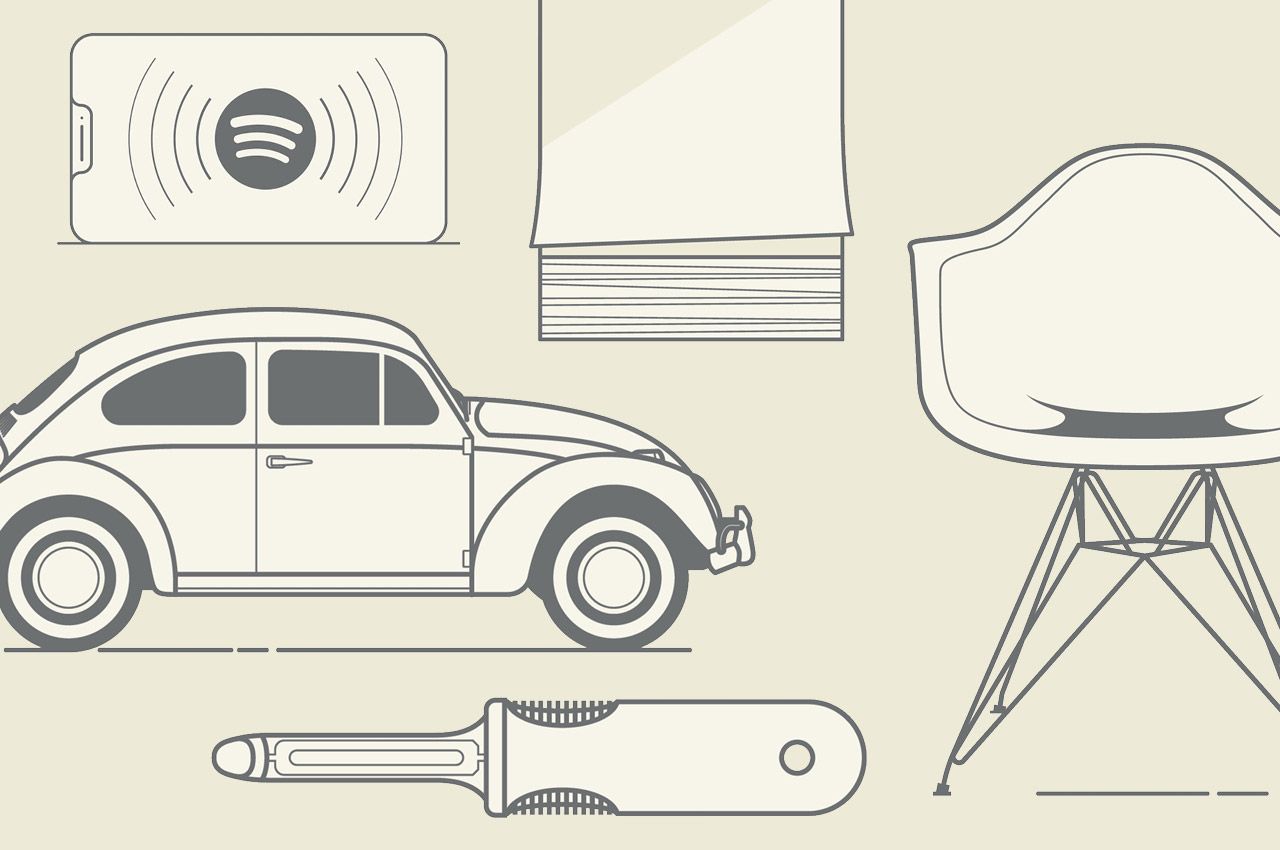 In 1959 Jay Doblin—then director of IIT Institute of Design—led an effort to compile a list of 100 of the best-designed products of the twentieth century. By polling 100 designers, architects, and other design leaders, Doblin and his team put together a list featuring products and designs such as the Volkswagen Beetle and Eames Chair. The list was published in Fortune.

“Perhaps by spotlighting examples of past excellence, we can promote the use and acceptance of good design,” Doblin wrote of his report.

Sixty years later, ID has released a new list, available at Fortune as the “100 Greatest Designs of Modern Times.” ID student and faculty researchers put together their own survey, polling designers, design teams, and influencers in an effort to further define “good design” and discover how perspectives on design have evolved. The Beetle and Eames Chair remain—but there are notable differences between the two lists.

“In his time, Doblin remarked that, ‘Design has grown from an informal backroom activity to a line operation in most major manufacturing organizations.’ That growth has continued to this day,” says lead researcher and student Todd Cooke (M.Des. candidate). “In the intervening years, we’ve seen design pass several notable milestones. Due in large part to the popularization of design thinking, strategic design has been accepted, for the most part, by the business community.”

While the products in Doblin’s time were largely physical, material goods, with the rise of computing and the internet, many products have become altogether more ethereal. Products on the new list represent new contemporary priorities. Today, with the expanding definitions of “design” and “product,” systems and seamlessness are an integral part of a successful offering. “Internet services” such as Spotify and Facebook comprise the largest category of products, with 14 items on the list. Meanwhile, cars and furniture, two of the largest categories in Doblin’s survey (with 18 entries each), make up four and eight entrants, respectively.

“Design has been increasingly democratized,” says Denis Weil, ID dean. “Entries in everyday affordable product categories have increased, like consumer goods and housewares and the addition of other mass products like clothing and internet services, as well as products from discount brands like IKEA. That shows us that design's footprint has increased not just in importance, but also in accessibility.”

The bulk of the products on Doblin’s list were primarily expensive and aspirational high-end goods, but most of the products on ID’s new list are likely to be found in a typical United States domicile, such as the OXO Good Grips Peeler and Post-It Notes. The shift, ID purports, is indicative of how design has changed from an industry mainly concerned with aesthetics and luxury to one that more widely recognizes the value of function and the needs of everyone, not just the wealthy.

To arrive at the final 2020 list, ID researchers followed Doblin’s original methodology with some key enhancements. Chiefly, they not only crowdsourced opinions on what products to incorporate, they also required respondents to provide rationale for their selections. Likewise, while Doblin’s list emphasized physical design, the new report considers both a product’s performance and its greater societal impact.

“It’s now imperative to evaluate design across a range of metrics given what we know about the diversity of experiences in our societies,” says Harini Balasubramanian (M.Des. Candidate 2020). “Along with diversity and inclusivity, good design should challenge the consequences of mass production to truly make a lasting impact in today’s world.”

“We think Jay Doblin would be happy,” says Cooke. “Design has grown significantly with respect to its impact in the world at large and its importance to organizations and industries.”

A full list of the 100 products can be found at Fortune.