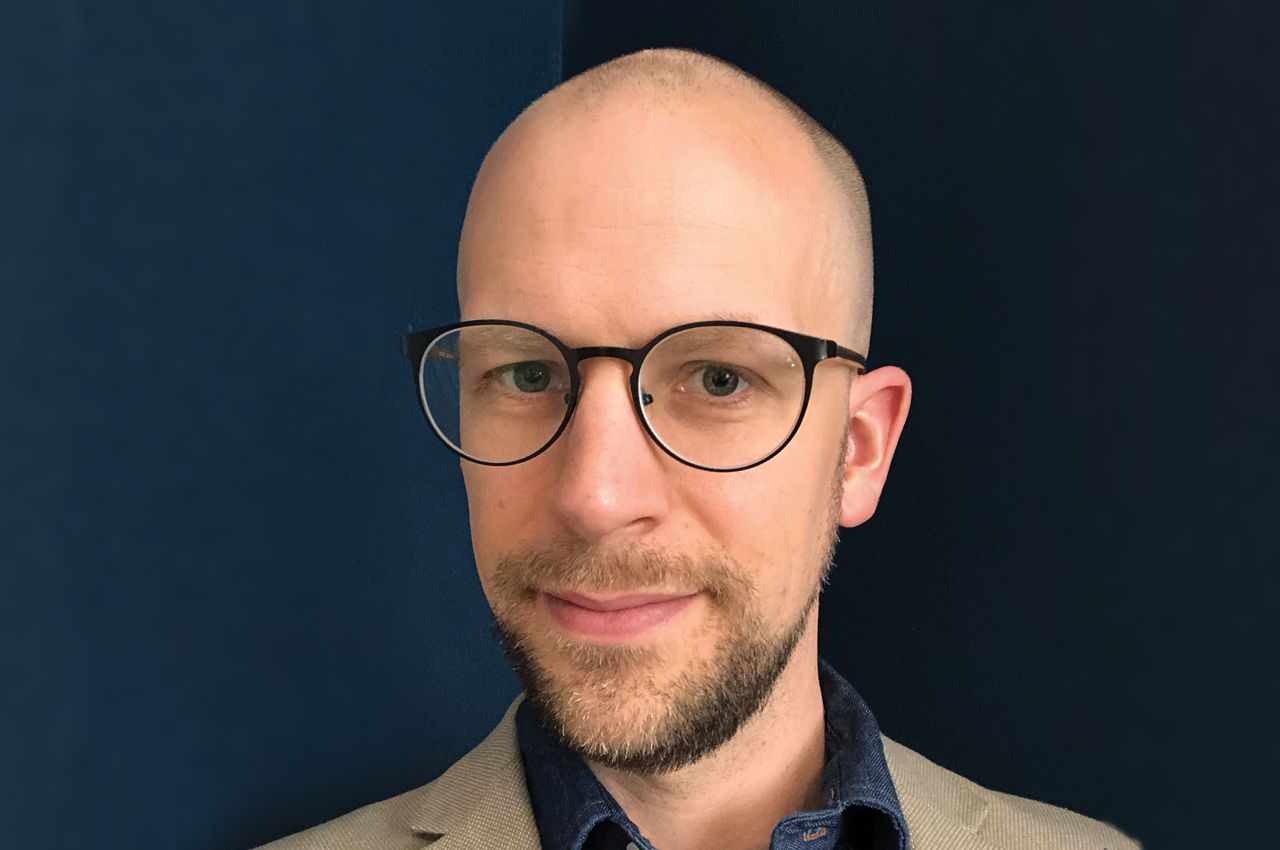 In the world of particle physics, high-energy experiments and their results have often garnered the big headlines.

Illinois Institute of Technology Associate Professor of Physics Bryce Littlejohn and his team are hoping to change that.

As part of the MicroBooNE experiment at Fermi National Accelerator Laboratory that is searching for the elusive and still-theoretical sterile neutrino, Littlejohn’s team—which includes Illinois Tech graduate students Miguel Hernandez-Morquecho (Ph.D. PHYS Student) and Diego Andrade-Aldana (Ph.D. PHYS Student), postdocs Ryan Dorrill and Will Foreman, along with former graduate student Rui An (Ph.D. PHYS ’20)—was recently awarded a three-year, $1.2 million grant by the United States Department of Energy to prove that detectors that are designed to find the remnants of high-energy neutrino interactions can be used to detect low-energy interactions, as well.

What would proving that these detectors can be used for low-energy physics mean for the field?

For starters, the already intense search for dark matter—which accounts for approximately 85 percent of the total mass within the universe—would ratchet up another level. Research opportunities never before considered would open up for upcoming experiments, including the billion-dollar Deep Underground Neutrino Experiment (DUNE), which is set to begin gathering data within the next decade, and the Short-Baseline Near Detector, which is set to begin gathering data in 2023.

“The DUNE experiment can do some really cool new physics (using low-energy detection) that we didn’t know it could do before,” Littlejohn adds. “It can look for neutrinos from the sun, not just neutrinos from our neutrino beamlines at Fermilab. We can use it to look for dark matter and do world-leading searches….With these kinds of low-energy detection capabilities, we might be able to tell the world what dark matter is with DUNE.”

Additional possibilities include observing neutrinoless double beta decay—a process that, if observed, would prove that neutrinos are their own antiparticles, answering a decades-long question about the nature of neutrinos—and using the sun’s neutrino output to learn more about the masses of the two lightest known neutrino states. These discoveries would make a significant impact on the field of particle physics, though perhaps not as much as the long-sought discovery of dark matter, according to Prof. Littlejohn. Such a discovery could usher in a new dark matter version of the ‘Particle Zoo’ revolution seen in the twentieth century, when physicists discovered many new types of quarks and established the Standard Model of particle physics.

“With dark matter, nobody has any clue what the heck this thing is; there’s a zillion theories out there,” says Littlejohn. “For example, if one sterile neutrino type is found to make up much of the universe’s dark matter content, there is likely a whole zoo of hidden particle types out there that are waiting to be discovered. That’s why it would be a revolutionary moment in particle physics….Whatever experiment really shows for sure what that (beyond the Standard Model) particle or particles is—the first one—that will win the Nobel Prize.”

A subsection of Littlejohn’s grant from the DOE with a more tangible short-term application and potentially significant geopolitical implications deals with measuring neutrinos emitted from nuclear reactors. Since neutrinos are virtually impossible to block, these detectors could be placed near reactors to ensure that nuclear fuel is indeed being spent, and that the fuel is the correct type of material.

As countries across the globe work to reduce their stockpiles of nuclear weapons, these types of detectors could possibly be used for treaty verification, says Littlejohn, ensuring that countries are burning the weapons-grade material instead of normal reactor fuel.

“You can monitor the status and content of a nuclear reactor by looking at the neutrinos it emits,” Littlejohn says. “You need a method of proving that you are burning that weapons-grade stuff instead of just normal reactor fuel; a neutrino detector can show you the difference between those two scenarios.”

For Littlejohn’s team, the ultimate goal with this research is not just to prove low-energy detection is possible, but to set a baseline for how good these detectors can be at measuring those energies. Though Littlejohn doesn’t expect the standard his team sets with current detectors to be precise enough to measure dark matter or neutrinoless double beta decay, setting the initial baseline will allow the field to perfect the technology to eventually reach levels of precision to make field-changing discoveries.

“There’s a whole bunch of detector experts who can think of all sorts of amazing, interesting ways beyond my expertise to make these detectors behave better, to improve their performance,” Littlejohn says. “Once we lay down the baseline for them, they’ll go and they’ll figure out what we need to do to make it what it needs to be.”