Assistant Professor of Psychology Steve Du Bois and his team of graduate and undergraduate student researchers have received a grant from the American Psychological Foundation to explore the accessibility of HIV/AIDS prevention medication among sex workers. The grant fits into the Du Bois Health Behavior Lab’s greater focus on health and well-being among marginalized and vulnerable populations.

The grant will fund a year-long research study to gather information from sex workers on barriers to accessing and utilizing pre-exposure prophylaxis, or PrEP—a form of medication that, when taken daily, leaves individuals “virtually guaranteed” not to get HIV, according to Du Bois.

“This is a grant that’s awarded once annually to one submission, so we’re very grateful and proud to have been selected,” Du Bois says.

The initial idea for the project came from Stephen Ramos (Ph.D. PSYC student), a graduate student researcher in Du Bois’s research lab at Illinois Tech, who is now working on the study with Du Bois. Ramos recognized sex workers as being among those in highest need of access to PrEP, and saw an opportunity to collaborate with the sex worker community on the study.

“The problem is that the pill is least available to the people who need it the most,” Du Bois says. “And that reflects what we call ‘upstream causes’; the government—which makes decisions related to allocation of money, resources, and things like availability or access to medications like this—has not funneled the resources into communities that would need this the most: people like men who have sex with men, or black individuals.”

“This is not a small population, and they’re relatively invisible,” Du Bois says. “And this is a chance for us to shine a light on the health in this community.”

In addition to facing a lack of access to PrEP, Du Bois says, sex workers can also face additional systemic barriers, including being marginalized by the police system, legal system, and medical system due to stigmas associated with their profession. These stigmas can keep them out of the systems that could help empower them to make their own health-related decisions.

“Sex workers can be stigmatized or mistreated by health professionals because of their lifestyle, much like gay men,” Du Bois says. “There is a lot of judgement on those individuals, and so then those individuals can retreat. And who could blame them?”

Du Bois and his team are now laying the groundwork to build a relationship with the local sex worker community, with the goal of learning more about attitudes around PrEP use and barriers to access. They are partnering with a Chicago-based sex worker community advocacy group composed of both members and non-members of the sex worker community. The grant funds received will primarily be used as a payment incentive for sex workers to complete a survey the team is developing, which will be made available online.

“Our goal is to recruit [participants] locally from Chicago, using our partnership here with the local community advocacy group, but then also ideally more broadly in the United States through different online venues,” Du Bois says.

Du Bois clarifies that the goal of the study is not to make sex workers take PrEP. Instead, the aim is to assess why sex workers think about PrEP the way they do. Du Bois hopes these findings and future studies will empower sex workers to make their own choices about whether to use PrEP. He and his team recognize this issue as one to broach cautiously, once a community relationship has been established.

“We can’t just say, ‘Take this pill, we’re doctors,’ because that doesn’t work,” he says. “That, in fact, turns [sex workers] away, because they think doctors are a part of the people who could stigmatize them.”

Once the study is complete, Du Bois hopes to publish the team’s research findings in both an academic journal and a format easily shareable with the local community. 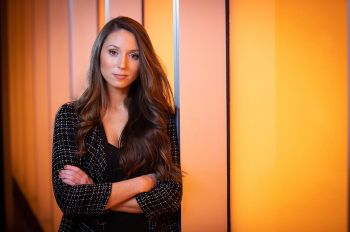 Exploring the Link Between Eating Disorders and Mental Health 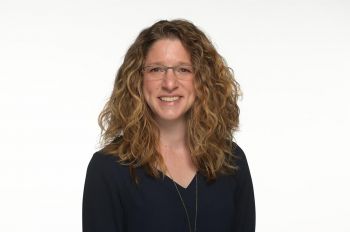 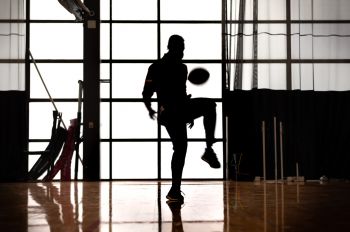