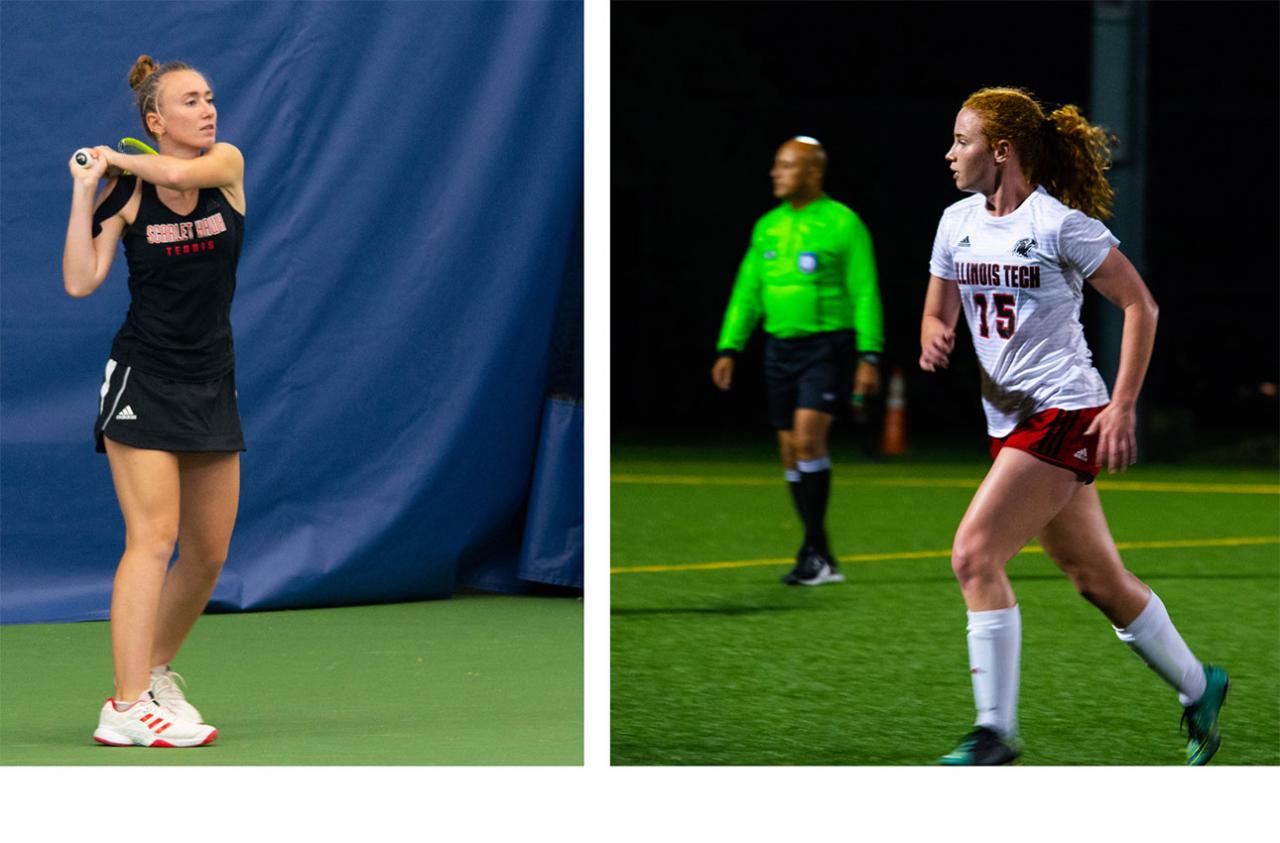 “From the commencement of the team, Wera has been a leader, a teacher, and an anchor for our team,” says Erik Scanlan, women’s tennis head coach. “Her value on the court is trumped only by her value to the team in meetings, practices, and off-court team functions.”

Women’s soccer head coach Roshane Ellison noted that Griggs’s 15 goals and six assists for the season all contribute to a “very bright” future for the team.

“Jamie is one of many talented young players that will be making a great impact on our program going forward,” she says.

The NACC also honored the soccer and tennis teams as well as individual players with additional accolades: