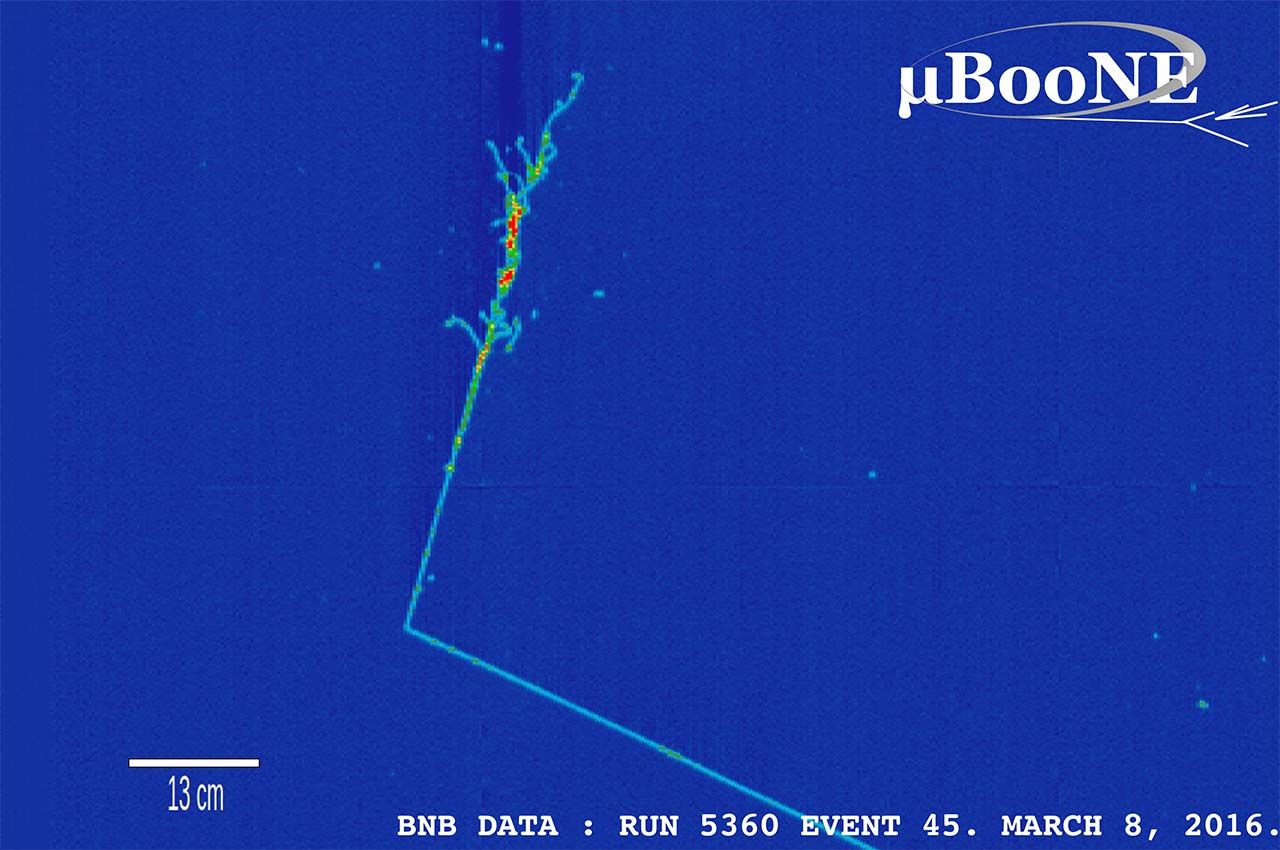 An experiment casting a net for catching a much-speculated-upon fourth type of neutrino has come up empty, according to new research from Illinois Institute of Technology Associate Professor of Physics Bryce Littlejohn and a global team of collaborators. The group worked together on a multi-year study at the Fermi National Accelerator Laboratory in search of photographic evidence of a fourth “sterile” neutrino, using a state-of-the-art, large scale digital camera of sorts. Today, Fermilab announced that the team has so far found no evidence supporting the sterile neutrino’s existence.

“If previous experiments were right about seeing hints of sterile neutrinos, we should have been able to see something new and crazy, but we did not see anything new and crazy so far,” Littlejohn says. “This makes it seem like this new physics either can’t be out there or it looks different than people were expecting.”

The study utilized Fermilab’s MicroBooNE precision detector, a school-bus-sized device that uses light sensors and more than 8,000 wires to capture millimeter-precision photos of particle activity—specifically, the interaction of neutrinos, which are smaller than atoms and known to exist in three varieties or flavors: electron neutrinos, muon neutrinos, and tau neutrinos. The level of detail of the photos captured by MicroBooNE allows the researchers to distinguish the different types of neutrinos present in any given photo. The sterile neutrino, if it had appeared in the images, would have helped particle physicists understand heretofore unexplained aspects of what types of materials comprise the universe.

“These kinds of detectors had been built before,” Littlejohn says, “but this is the largest we have ever had in the United States. [Particle] colliders—atom smashers—have some components that behave like this, but they’re not as good as this one. It’s bulkier, higher precision, and lower noise.”

Dozens of universities and several national labs from around the world collaborated on this project. Littlejohn, who has participated in neutrino research at Fermilab ever since he worked there as a postdoctoral research associate in 2012, has been involved in the MicroBooNE project since the beginning of its construction. He was first involved in assembling the equipment’s hardware and coordinated the installation of its electronics sub-systems. He is now in charge of data analysis as the oscillations group co-convener; his group produced aspects of the results that were made public today.

“We spent 2012 to 2016 building the experiment, [and] then it took data basically from 2016 until now, and all that time as images were flowing in, we were analyzing them,” Littlejohn says. “This is a brand new technology, so it took us a while to turn this promising data into a first big result.”

Littlejohn and his team utilized artificial intelligence and deep machine learning to analyze the massive trove of images collected. Using an image processing algorithm called a “convolutional neural network,” designed by former graduate student Rui An (Ph.D. PHYS ’20), the team searched its images for extra showers—features akin to water shooting out of a garden hose—that can only be produced by electron-flavor neutrinos. Such an excess would indicate that the muon-flavored neutrinos produced by Fermilab’s massive particle beam were mysteriously changing flavor—a process that must be abetted by an unseen sterile neutrino.

“Computers are a lot better than us at looking at these images in a lot of ways,” Littlejohn says. “In this case, computers beat us at spotting neutrino-produced showers, and in the end, they didn’t point us toward any kind of unexpected excess.”

Particle physicists have been searching for the hypothesized sterile neutrino since the 1980s, and while some experiments in the 1990s and 2000s raised expectations, MicroBooNE joins a growing list of experiments that see no sign of them. Littlejohn’s group has also used neutrinos produced by nuclear reactors to search for sterile neutrino signatures.

“This extra neutrino type is a really popular explanation for unanswered questions about the universe,” Littlejohn says. “The Standard Model of Physics explains practically everything in the universe, but leaves out some obvious important things. What is dark matter? We’ve seen it but we don’t know what particles make it up. These new neutrinos and their properties might have been such that we learned something new about dark matter. That doesn’t mean that these special neutrinos don’t exist—we just don’t really know what they look like anymore.”

The search for a fourth neutrino is not necessarily over, but the search method must evolve.

“We will have to transition our search to newer detectors, or to different signatures within our images,” Littlejohn says. “We’re going to have to start looking under new rocks.”

Some of that additional research will begin to take place in the next year at Fermilab, when a new detector, SBND, becomes available for use. The detector has the capacity to collect more than 20 times as much data as the MicroBooNE experiment did.

“We’ll be able to say very precise things about the nature of [sterile neutrinos’] existence or nonexistence rather than [providing] a first look, like we did with MicroBooNE,” Littlejohn says.

Photo: Illinois Tech Associate Professor of Physics Bryce Littlejohn and his colleagues on the MicroBooNE project used artificial intelligence and deep machine learning to analyze years' worth of images of neutrinos they had collected. If an abundance of neutrinos with "showery" features, like the one shown here, had appeared in the images, it might have indicated the existence of a previously undiscovered “sterile” neutrino. So far, however, extra events like these were not observed.