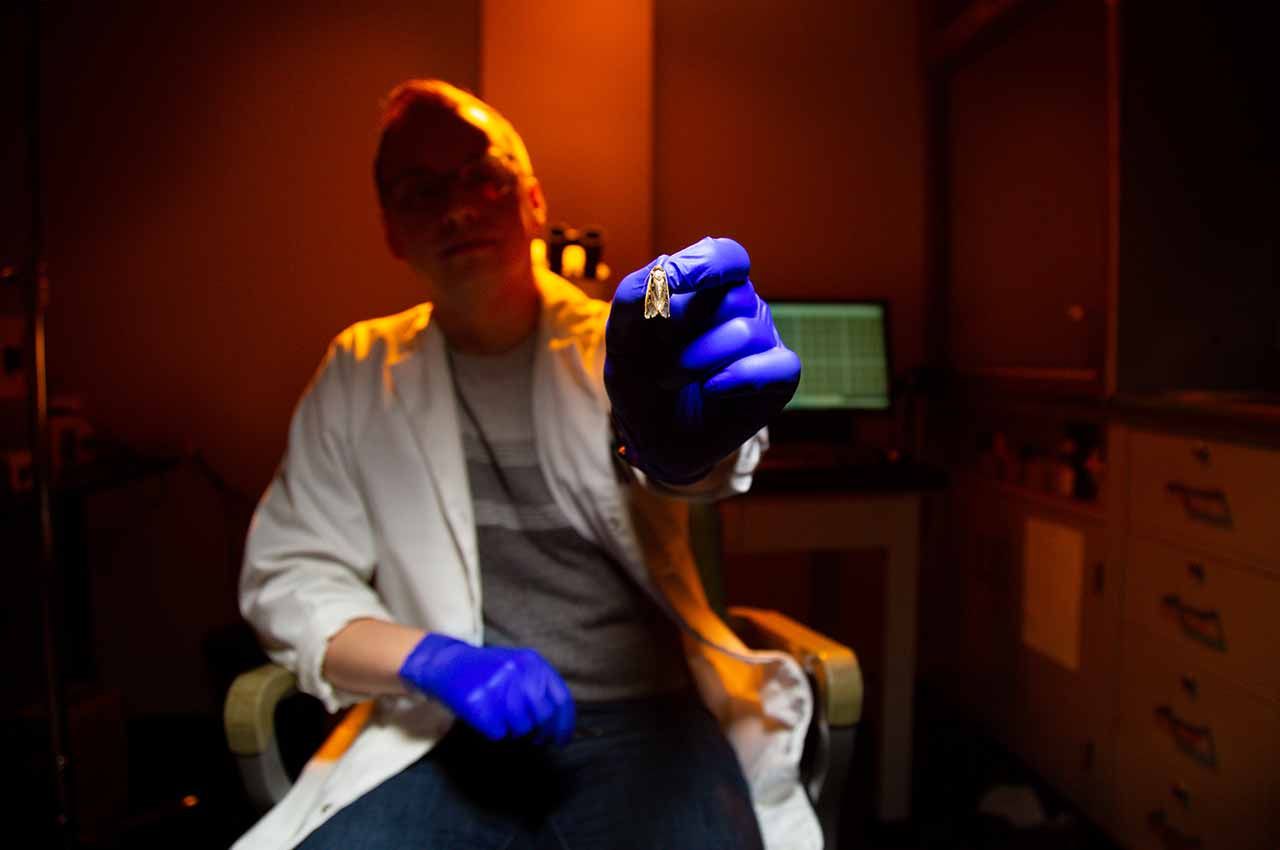 New research from Illinois Institute of Technology biology Ph.D. student Dakota Bunn (Ph.D. BIOL Candidate) is providing insight into the habits of the western bean cutworm, a pest to corn and dry beans that is native to the western Great Plains but has found its way to Michigan. Bunn published his research on the activities of the cutworm in the February 2021 issue of Environmental Entomology, in a paper titled “Contribution of Larvae Developing on Corn and Dry Beans to the Adult Population of Western Bean Cutworm in Michigan.”

The cutworms, which are actually a type of moth, are now present in 25 states and four Canadian provinces. Corn and dry bean farmers in Michigan have separate methods of pest management for dealing with the cutworms: a naturally occurring soil bacterium called Bacillus thuringiensis (Bt) is used to alter the genetic makeup of corn, helping the crop to develop its own insecticidal properties, while a liquid insecticide is applied to the leaves of the dry bean plants.

“When using these techniques, we have to be conscious of resistance development, so normally a portion of each field is not treated to keep treatment susceptibility in the pest population,” Bunn says. “We wanted to know if the moths that fed on beans as larvae were interacting with the moths that fed on corn as larvae, and if these crops could be used as a type of co-refuge for each other.”

Bunn and his colleagues captured moths over two summers in central Michigan, froze them, and then conduced a stable carbon isotope analysis on their wings and heads, which revealed whether the adult moths fed on corn beans in the larval state.

Bunn says the findings underscore the need to continue to closely monitor the cutworms’ resistance to the insecticide used for corn.