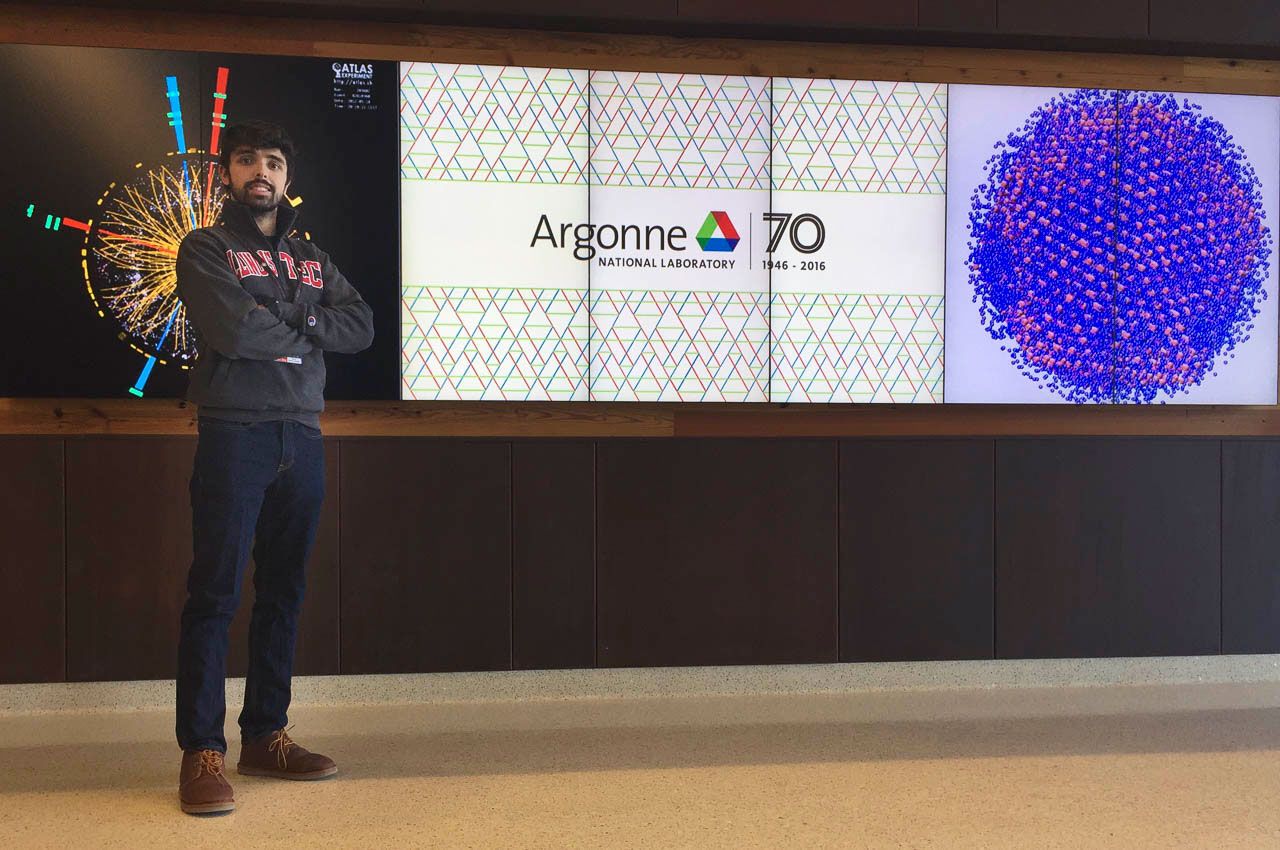 As Pedro Rivero Ramirez (Ph.D. PHYS 3rd Year) strives to solve the riddle of mass generation, he will pioneer methods that optimize the power of quantum computing. These efforts could alter our understanding of two scientific fields.

Rivero is Illinois Tech’s first physics student to explore the potential of quantum computing as an intern at Argonne National Laboratory, which allows Rivero access to Argonne’s IBM Q System Hub quantum computer to develop simulations for the creation of mass. A National Science Foundation grant awarded by the Chicago Quantum Exchange establishes him as part of a network of scientists and engineers that are working to develop a new field called Quantum Information Science and Engineering.

For more than 50 years, physicists have been examining the near-massless particles that make up most mass—quarks and gluons—and trying to determine how mass is generated when these particles bind together. By simply adding the mass of quarks and gluons, it would total about 5 percent of observable mass in the universe. How the other 95 percent is generated is a mystery.

“We don’t really know why it happens, and we don’t fully know how,” says Zack Sullivan, Illinois Tech professor of physics and Rivero’s academic adviser. “It’s something people have been trying to figure out for a really long time.”

Because the number of possible solutions as to why mass generation occurs is so large, modern supercomputers can’t process all the mathematics to build a reliable model. But perhaps a quantum computer can.

“It’s not only more efficient in terms of the time it takes to run a calculation, but also in terms of how much space resources it requires—in this case qubits,” Rivero says. “In a classical computer, the time and space needed to perform any of these operations that we’re trying to calculate grow exponentially with the size of the problem.”

“The real issue is how to map physics into the quantum computer,” Rivero says. “How do we write the physical mathematical problem into the computer?”

To figure out how to write these algorithms, Rivero begins using models that have been solved already. When the results from the quantum computer match the known results, he knows that he’s on the right track.

“If you’re not smart about the way you do these mappings, then you just get no advantage out of using the quantum computer,” Rivero says. “If you go this way, then your research gets exponentially better.”

As Rivero inputs increasingly complicated known models, he will be building the language he eventually will implement to simulate new models on the quantum computer—such as a mass generation model. Building this language itself will be a major discovery that could have far-reaching implications in the field of quantum computing.

“Right now, we only have been able to solve extremely simple models that you can do on paper in four or five lines. You can imagine the extent it will take to do that mapping with harder problems,” Rivero says.

“The Church–Turing thesis states anything that is computable can be done on a classical machine. If we can prove that there are things that can be solved by quantum computers that cannot be solved by classical computers,” he continues, “then that completely changes our understanding of computer science altogether.” 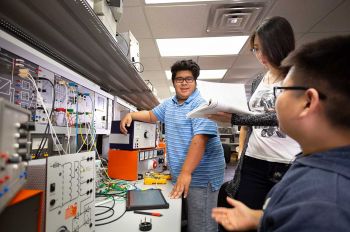 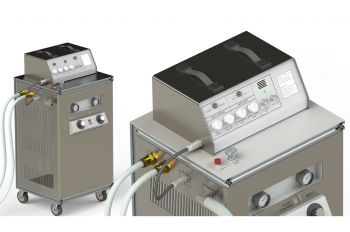