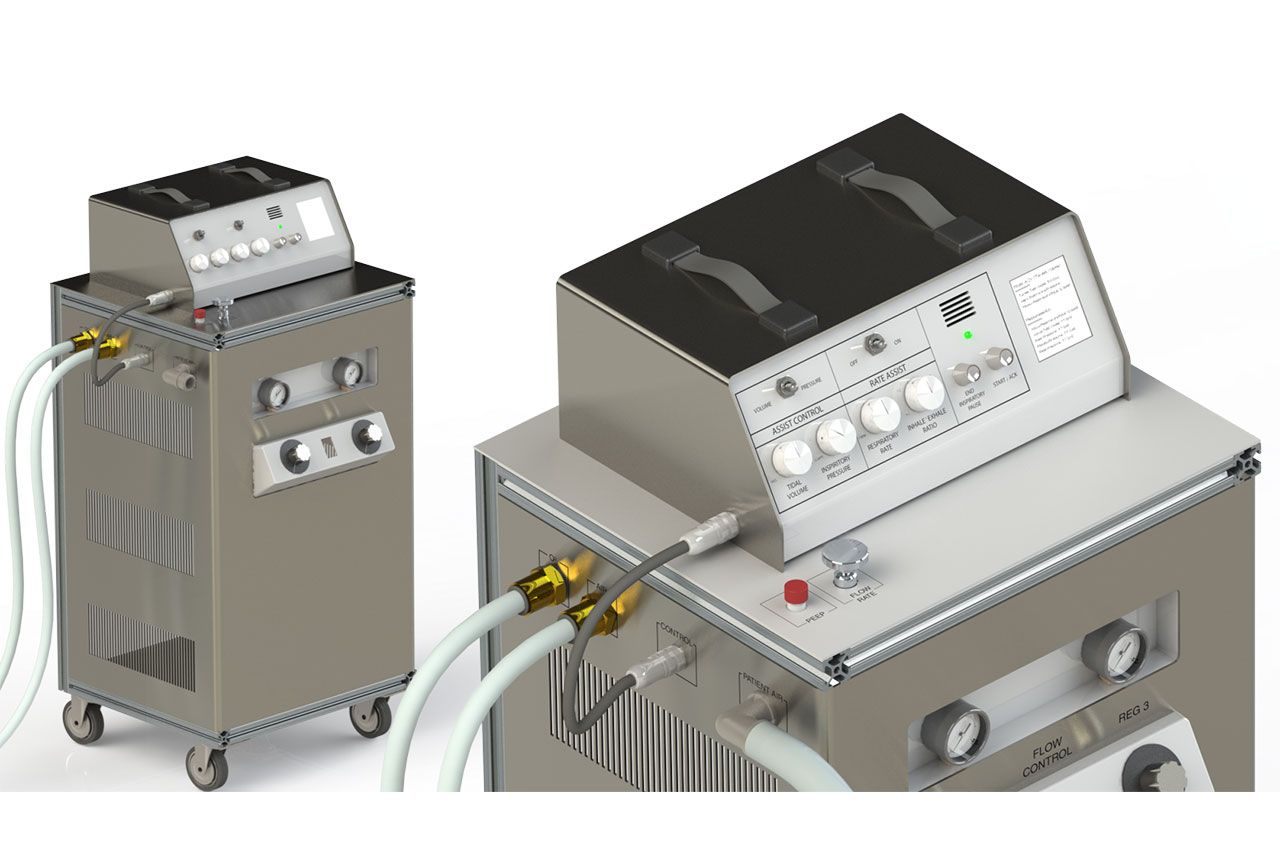 A local startup co-founded by Illinois Institute of Technology Professor of Physics Carlo Segre, Research Associate Professor of Chemistry Elena Timofeeva, and two-time physics alumnus John Katsoudas (PHYS ’97, M.S. ’04) has been awarded a contract with the United States Department of Defense to produce low-cost ventilators in response to the COVID-19 pandemic. The startup, called Influit Energy and founded in 2014, develops flow batteries made with nanofluids. Katsoudas serves as chief executive officer; Segre is the chief technology officer; and Timofeeva serves as chief operation officer and director of research.

Katsoudas is a materials researcher of 17 years and former member of Illinois Tech’s Materials Research Collaborative Access Team (MRCAT) at Argonne National Laboratory’s Advanced Photon Source (APS). Segre, also the deputy director of MRCAT, has expertise in the fundamentals of gas handling, mixing, and the automated control design required to conduct some of the most cutting-edge X-ray spectroscopy experiments in basic science.

“Operating a ventilator is a question of collecting data from multiple sensors in real time and using that to control the way the ventilator responds,” Segre says. “We do this all the time with our beam lines at the APS.”

The ventilator concept was developed by Katsoudas this past spring. He submitted his design to a hackathon hosted by mHUB, a Chicago-based incubator that exists to support local makers and startups. While waiting for the results of the competition, Katsoudas began assembling a team of technical experts to move the project forward regardless of the competition’s outcome. After winning first place in the hackathon, Katsoudas and a team of 20-plus volunteers spent three weeks assembling a benchtop prototype of his design.

“[The group] organically gelled together and donated their time, driven by the desire to effect change,” Katsoudas says. “I always intended for this to be an open-source and license-free design, and my hope was to encourage every team member and as many local businesses as possible to operate freely, without restriction, and pursue every avenue in the production of this design as quickly as possible.”

The project was supported by Influit Energy employees and resources, as well as staff from Johnson Controls, doctors who lent medical expertise, a defense contractor, and many others.

“[The doctors] really helped us understand what a ventilator needs to do to not only be able to work but be adopted by doctors,” Katsoudas says.

Two key advantages of his ventilator design are that it is easy to reproduce at a far lower cost than market models, and the parts needed to build the ventilator are widely accessible.

“The components are really off-the-shelf,” Segre says. “You don’t have to manufacture the components; [with an open-source model] anybody can build it if they get the components. The goal is to avoid [bottlenecks in the supply chain] and disrupt the whole way of [building] these very expensive medical machines.”

After completing the prototype, Katsoudas submitted the design to a Department of Defense solicitation to develop ventilators and was recently awarded a $1.7 million contract to fund the design’s refinement and commercialization.

The contract will begin on December 1, 2020. Katsoudas and his team will work to complete a low-cost ventilator design that will then be submitted for Food and Drug Administration approval.

“After the mass-producible device and its quality-management systems are mapped out, the first five ventilators will be submitted for testing by month 10 of the project, and the entire value supply chain will be FDA approved within a year,” Katsoudas says. “I hope this design will be sufficiently low cost to disrupt the existing supply chains and force a change on how these critical medical devices are made available to lower-income communities and the developing world.”