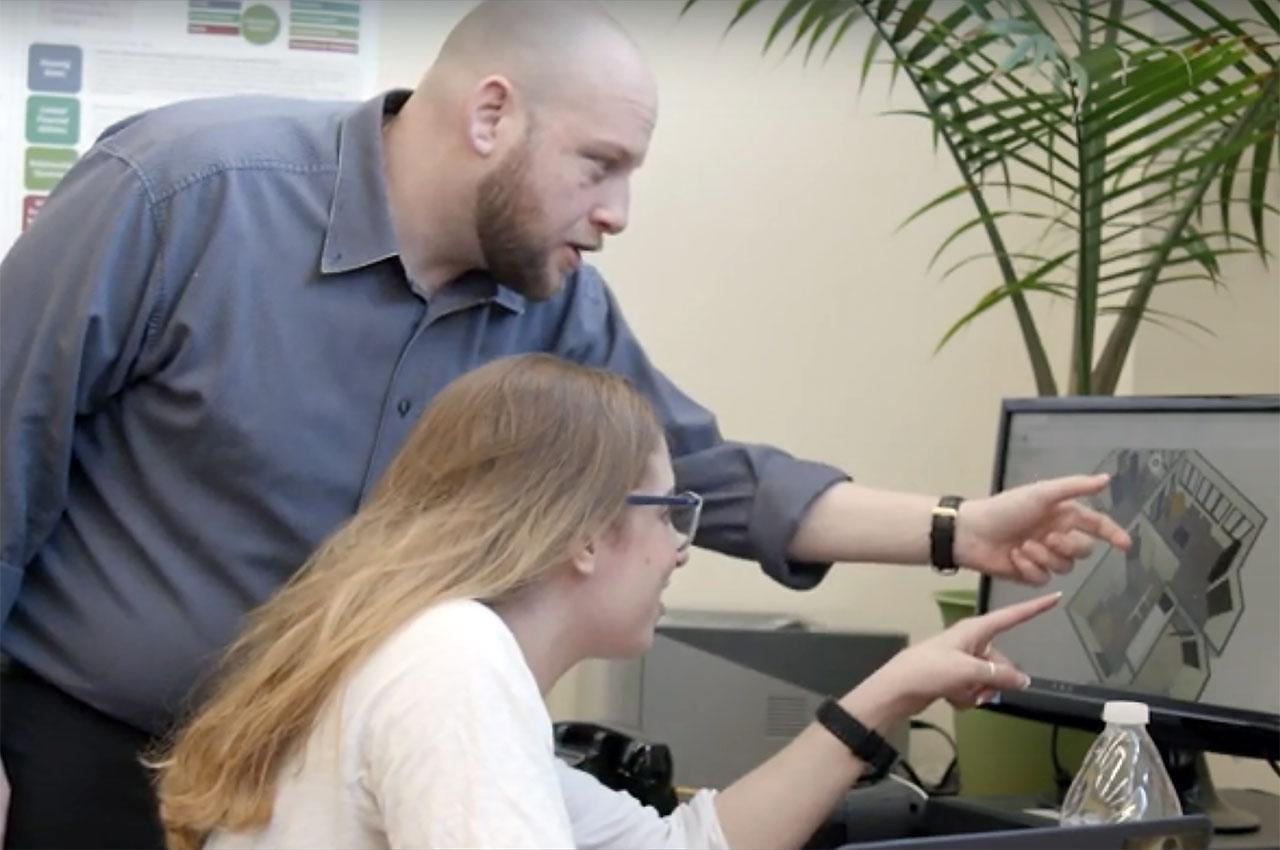 Through the publication of a new book and the development of new treatment programs—one of which incorporates virtual reality software—Associate Professor of Psychology Gregory S. Chasson is advancing the treatment of hoarding disorder, a condition he says few mental health professionals nationally are trained to address.

It is estimated that 4 to 6 percent of the population struggles with hoarding disorder, Chasson says, while many others exhibit symptoms but fall shy of qualifying for diagnosis.

“The hallmark feature is a difficulty discarding things that other people might find worn or useless or valueless,” Chasson says. “Everybody that has hoarding proper is saddled with this difficulty of getting rid of things. Being asked to get rid of things has to cause some sort of anxiety or distress. The distress or impairment could also be based on how you’re impacting the people around you, so it’s not just about you.”

Chasson published Hoarding Disorder in late 2018 through Hogrefe Publishing’s Advances in Psychotherapy: Evidence-Based Practice series. The book, co-authored with Jedidiah Siev, an assistant professor of psychology at Swarthmore College, aims to train mental health professionals and students on how to assess and treat hoarding disorder.

“It’s just a really basic overview of how to provide cognitive behavioral therapy for hoarding for people who don’t do a lot of work with hoarding,” Chasson says. “It gives a lot of clinical anecdotes and pearls and talks about how to handle some of the difficult challenges you might encounter, including safety issues and ethical issues.”

Hoarding disorder is often considered a variant of obsessive-compulsive disorder. Individuals who hoard tend to lack insight into their own condition, Chasson says, and they are often ambivalent toward change. They are frequently pressured by others to address the issue rather than feeling personally motivated to change their habits, and this makes hoarding more difficult to treat.

“The biggest challenge frankly is that there’s just not enough of us who treat it, so the bottleneck for service is just outrageous,” Chasson says. “It’s an area that’s understudied, and it’s a hard population to work with. That’s a really big draw for me because I find it really challenging and interesting; and I like working with these individuals and I understand their plight—but it requires some serious patience.”

Hoping to yield better treatment outcomes, Chasson and his students introduced a new program for individuals with hoarding disorder in 2018 that incorporates virtual reality software.

“I’ve been struggling with the main research question of how do we engage individuals with hoarding into treatment,” Chasson says. “There’s a huge dropout rate, there’s a huge refusal rate to begin with, and even when they’re engaged they’re not really engaged—they’re not doing their treatment homework. Basically we have a giant engagement problem, and how do we deal with this? I really wanted to use technology and virtual reality to see if we can get people excited about coming in for treatment, rather than thinking of it as such a drag.”

Chasson and his student researchers downloaded free interior design software—Google’s Planner 5D—and for a nominal fee accessed the software’s library of household items like couches, lamps, and pictures. They then brought in individuals with hoarding disorder and created a floorplan of a major floor in each individual’s home.

“[The participants] described where their furniture would be, where the stove would be in the kitchen, where the windows are, things like that,” Chasson says. “Then they would go and fill out some surveys and do some things while the undergrad research assistant would create the space they just heard about in Planner 5D.”

Chasson and the students paired a smart phone with a low-cost virtual reality visor, and used a joystick and the phone’s accelerometer for navigation of the interior design software. When the participants returned from completing the surveys, they were able to tour a virtual rendering of their own homes, minus the clutter.

“I was curious if this was going to really demoralize people or if it would really motivate them; it could go either way,” Chasson says. “Turns out it’s the motivation. It actually got people going, ‘Wow, this is great.’ We rated their motivation level using certain forms, and it looked like their motivation increased in certain ways. Now we don’t know if that will translate to behavior— that’s down the road in terms of the study—but we were pretty happy to see that their attitude changed, which I think is a big step.”

“My ideal outcome would be to get funding for a bigger [virtual reality] trial and then to do some work that would help disseminate it,” Chasson says. “My hope is to keep it feasible and cheap—I don’t want to create a really expensive virtual reality system that people just aren’t going to use. But I could envision therapists slapping a [virtual reality headset] on someone right when they come in to get them motivated to do decluttering exercises. And if that could actually engage them and get them to do it more, that could save people time and money because it would be fewer sessions.”