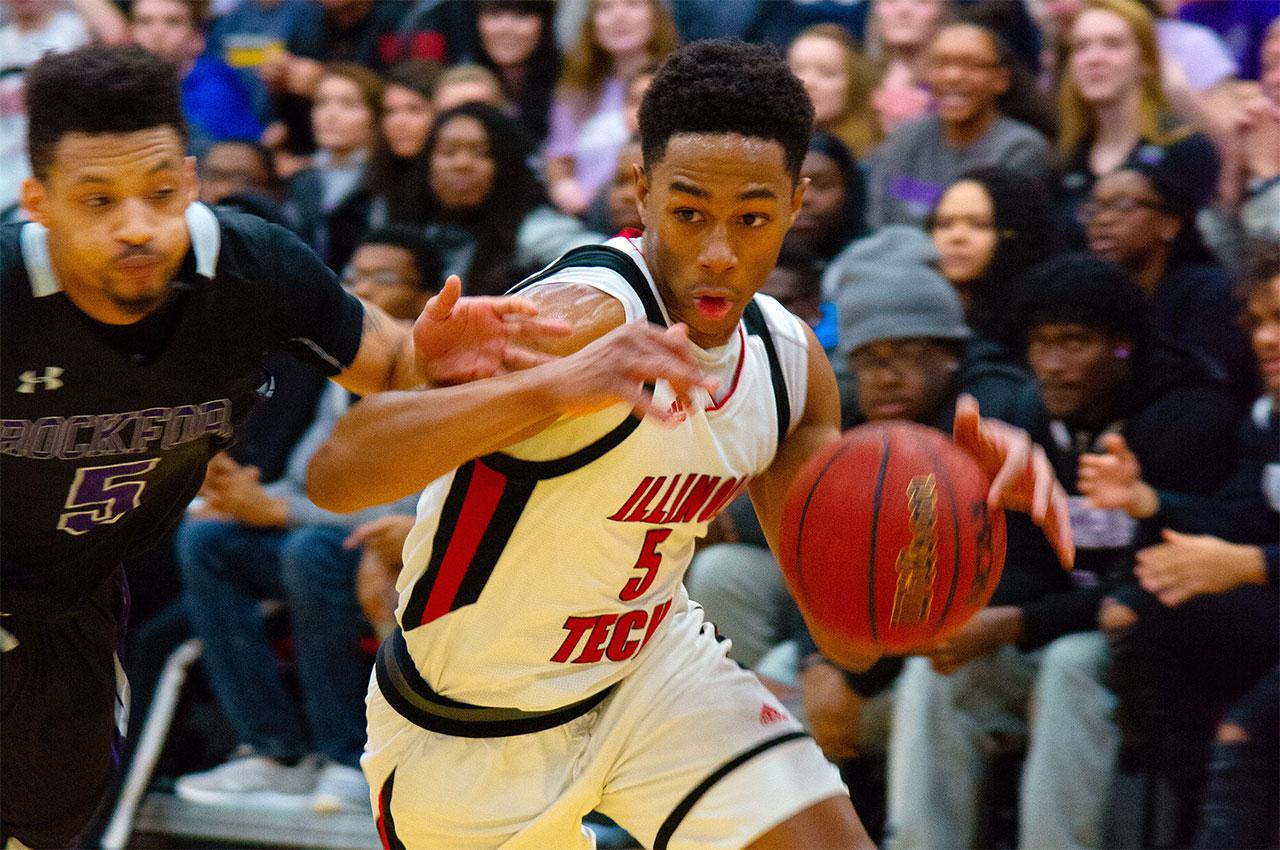 Jake Digiorgio and his first-year teammates ensured that the first trip to the postseason for the Illinois Tech men’s basketball team as member of NCAA Division III would not be a short stay.

The Scarlet Hawks (15–11) advanced on to play at top-seeded Milwaukee School of Engineering on Saturday evening at 5:45 p.m. in the next round of the NACC tournament.

It didn’t look good for Illinois Tech as the game neared the midway point of the second half, however.

Rockford led 47–33 with 14 minutes, 38 seconds left, but Muhammad stepped up for the Scarlet Hawks. The 6-foot guard scored six of their next eight baskets to cut into the deficit. First-year forward Milos Dugalic, who added 14 points and nine rebounds, put Illinois Tech back on top with a basket before Rockford answered with five straight points regain the lead.

Muhammad then scored eight straight points to put the Scarlet Hawks back on top.

Digiorgio helped seal the game. His long 3-pointer gave Illinois Tech a five-point lead with 2:34 left, setting his teammates up to clinch the victory at the free-throw line. The fourth-year forward then threw down a slam dunk in the waning seconds to put an emphatic cap on the win.