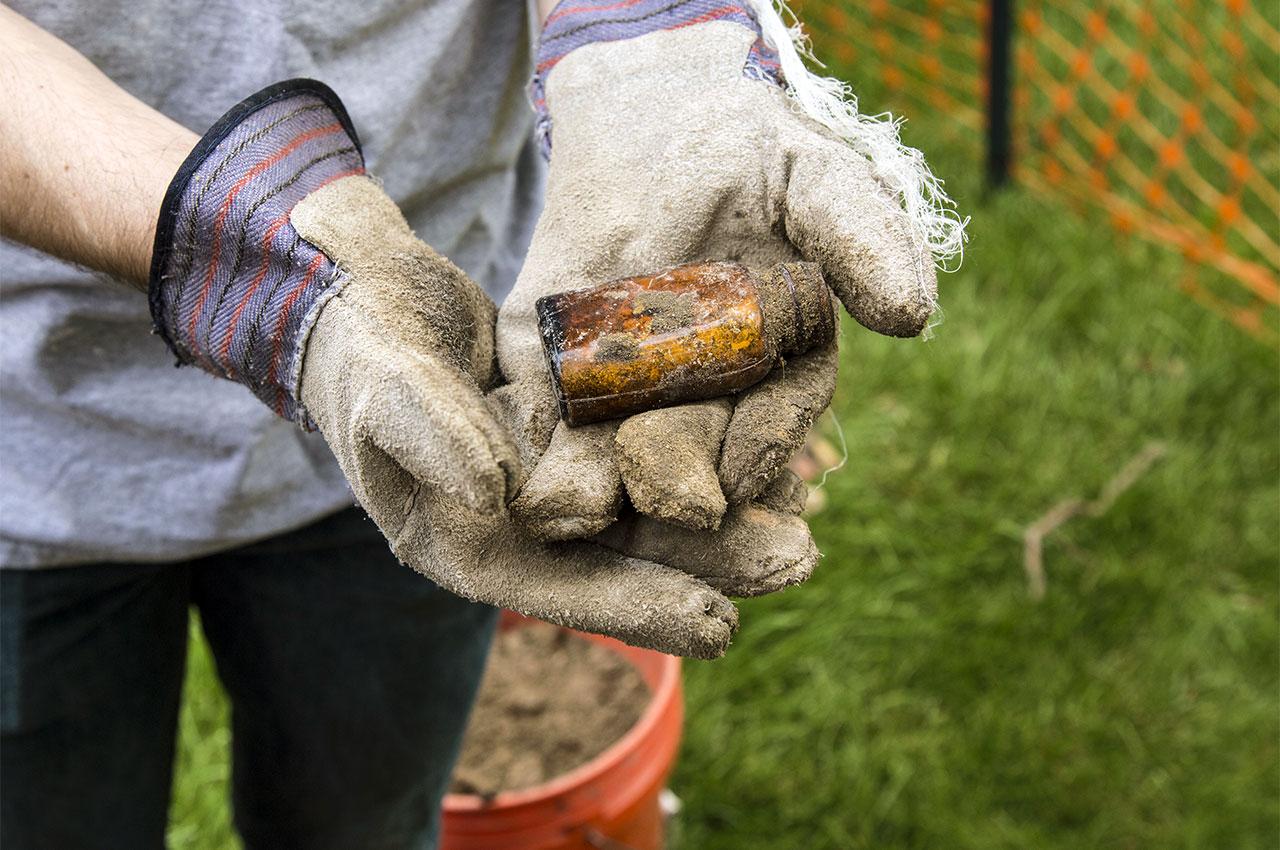 Intact stone pathways, decorative tiles, and other objects part of the historic Mecca Flats were uncovered near S. R. Crown Hall in June as workers excavated the site for steam tunnel repairs.

The tiling is thought to be from what was the basement of Mecca Flats, a hotel first constructed for the World’s Columbian Exposition of 1893 and that later was converted to apartments and became a Bronzeville cultural icon.

The building inspired songwriter/pianist Jimmy Blythe to write “Mecca Flat Blues.” Gwendolyn Brooks’s poem “In the Mecca” is also about the complex.

While historians and archivists knew Mecca Flats had occupied the space previously, they were surprised to find the tiles, walkways, and glass bottles still intact and largely undisturbed. Students and faculty from Lake Forest College joined Illinois Tech students and faculty in assisting in the excavation.

On August 7 IIT Architecture hosted members of the public who visited Crown Hall to view these artifacts for the first time since their excavation. A conversation with community leaders, local historians, authors, and members of the Illinois Tech community was held to reflect on and plan for the future of the artifacts.

Historians Tim Samuelson and Tim Black, architect Gunny Harboe, and Alderman Pat Dowell (3rd Ward) gave remarks. The Bronzeville Historical Society; the Chicago Architectural Preservation Archive; and Brooks Permissions, a permissions firm that manages the use of literary works by Gwendolyn Brooks, were all present. The event included a performance by pianist and composer Reginald Robinson and a roundtable discussion with speakers including Samuelson, Black, historians Thomas Dyja and Daniel Bluestone, and Chair of Urban Studies at Lake Forest College Rebecca Graff.