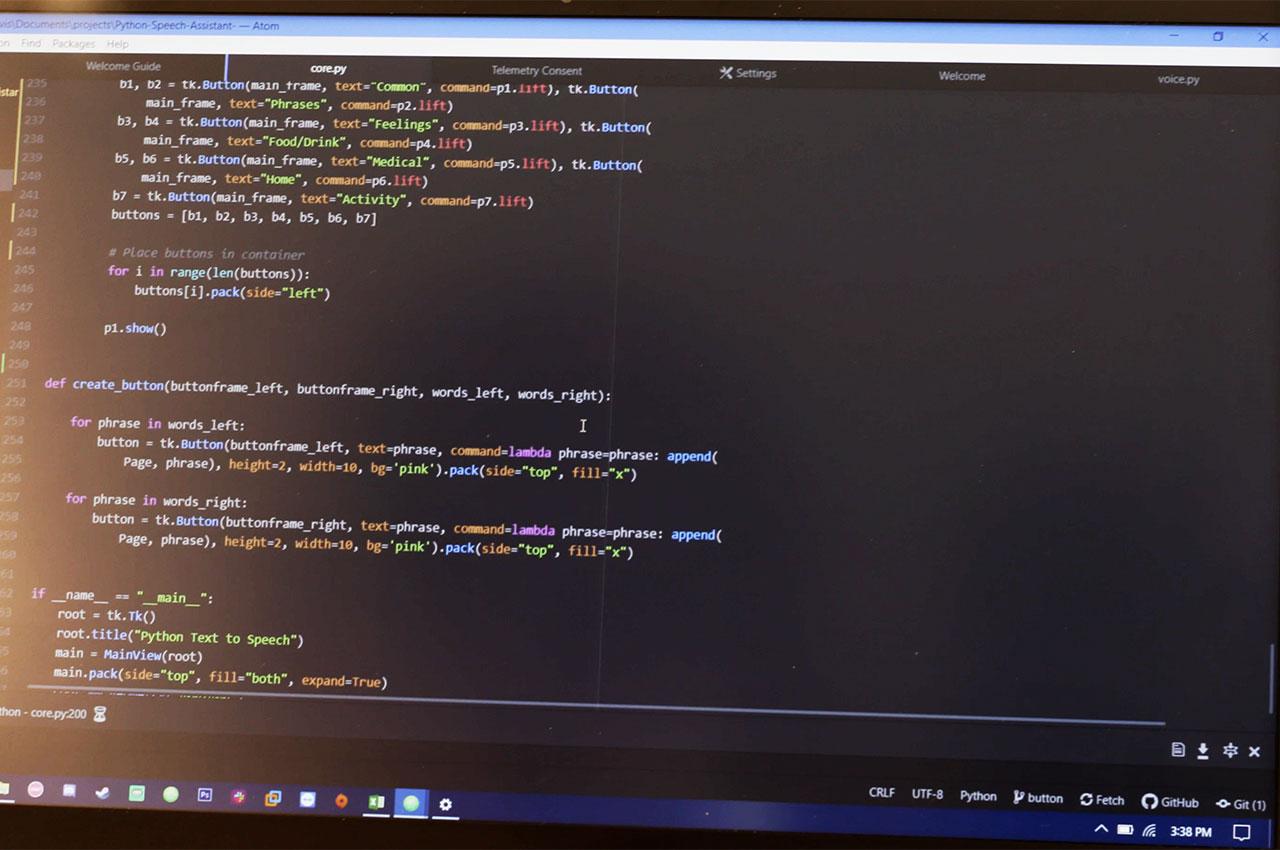 Illinois Tech computer information systems third-year student Travis Smith first got the idea from a friend's brother who has a speech disorder. Smith saw how he used a pricey app on an equally pricey iPad to communicate with other people, when a haunting question popped into Smith’s head:

“What about people who aren’t as fortunate?” he says. “That really can’t afford the iPad, the app, and they don’t have internet at all.”

That’s when Smith got to work. Using a Raspberry Pi 3, a touch screen, a battery pack, and a speaker, he built a text-to-speech application in Python that’s free to use, open source, and can be used without internet access. Now his device is nearly finished, and he’s hoping to partner with a company to manufacture the devices to get them to people who need them most.

“My whole goal with this is to get this in the hands of people who are in third-world countries who don’t have internet,” he says. “This can be packaged up and shipped out, and they can use it right out of the box.”

Smith, an information technology and management minor, has been building the prototype since the beginning of the semester as part of an undergraduate research project (ITM 497) overseen by Information Technology and Management Adjunct Instructor Vasilios “Billy” Pappademetriou, who advised Smith and purchased the hardware needed for the project.

“What’s great about undergraduate research is that it’s more than just research, it’s hands on,” Pappademetriou says. “It gives students the pride of knowing they have an end product that’s functional.”

Right now, Smith’s device costs about $150, a fraction of what a new iPad and paid text-to-speech app can cost. He says he hopes to get that cost down even further in the future.

“I wanted to make something that actually made a physical, tangible difference in people's lives,” Smith says. “And I feel like this kind of encompasses all of that and everything I really wanted to do.”