“I wanted to make something that made a physical, tangible difference in people’s lives,” 3rd year Travis Smith says 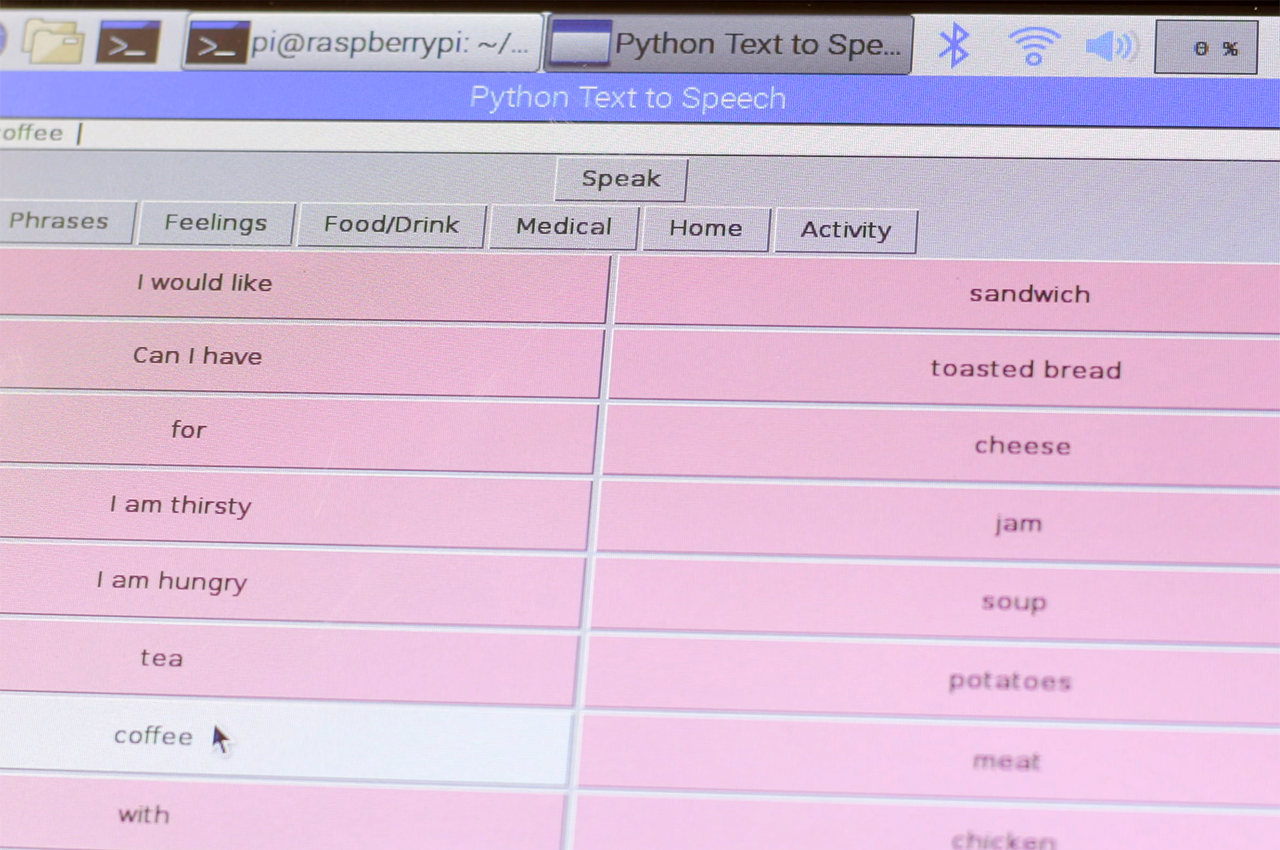 Travis Smith, Information Technology and Management Undergraduate Research Project (ITM 497) student (Computer Information Systems 3rd Year): So the inspiration behind my project actually came from a friend of mine. He has a younger brother, and in order for him to speak he uses an app on his iPad. And you not only have to buy the iPad, you also have to buy the app, and you also need internet.

Well that kind of got me thinking: what about people who aren’t as fortunate? That they really can’t afford an iPad, the app, and they don’t have internet at all.

So what I made here is an open-source free version of that, that doesn't need internet at all. And my whole goal with this is to get this in the hands of people who are in third-world countries who don’t have internet.

This can be packaged up and shipped out, and they can use it right out of the box. And also for people here, they don’t have the luxury of going down to a store and buying a brand new iPad.

The first thing that I did was I researched all the parts in order to make this. It’s a Raspberry Pi 3, a touchscreen, and a portable battery pack. I then started programming it probably about a month and a half ago, and then I strictly worked on the software for it.

I’d say now it’s about 90 percent of the way done. I wanted to make something that actually made a physical, tangible difference in people’s lives. And I feel like this kind of encompasses all of that and everything that I’ve really wanted to do.