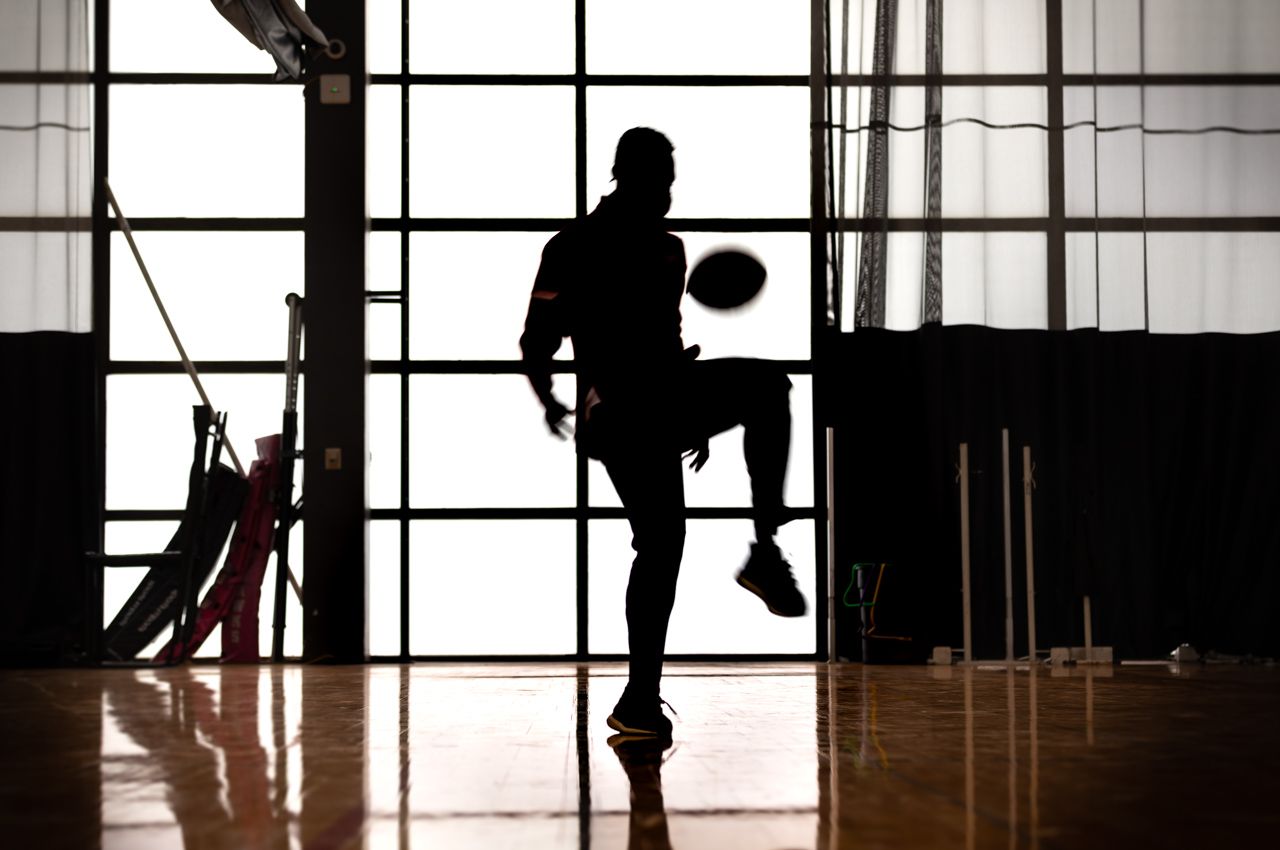 New research from clinical psychology Ph.D. graduate Hayley Perelman shows that interventions geared toward educating male college athletes about body image and nutrition could help reduce their drive for building a muscular physique and instead encourage them to pursue better nutritional information.

Perelman engaged a total of 93 male college athletes ages 18 to 23 from Illinois Institute of Technology and one additional midwestern university, with 79 of the participants completing all three stages of the study. The athletes represented 12 sports including baseball, basketball, cross country, football, golf, lacrosse, soccer, swimming and diving, tennis, track and field, volleyball, and wrestling. They were split into two groups: one control group, who did not receive any special intervention, and one treatment group, who participated in a series of three small group sessions—one per week for three weeks.

The athletes in the treatment condition were split into smaller groups that participated in the study between February 2019 and March 2020. Perelman co-led the three 80- to 90-minute intervention sessions alongside a series of three different co-leaders depending on the study site. The first session focused on societal messages about male body image and how a male athlete is “supposed” to look. The second session focused on how the athletes could increase nutrition density in their diets, how to make sure they aren’t under-fueling, and how to set specific measurable goals around diet and overall health. The third session asked the athletes to brainstorm reasons to pursue an “athlete-specific healthy ideal,” Perelman says, and also taught them to “shut down ‘locker room talk’ or ‘fat talk’” pertaining to body image, Perelman says.

“Woven throughout all three of the sessions is this idea that really you want to be focusing on your own healthy ideal—when you’re maximizing your physical health, your mental health, your well-being, and your sport performance,” she says.

Perelman found that the athletes receiving treatment via the group sessions experienced a shift in thinking and priorities around body image, and particularly around pursuing a muscular ideal.

“We found overall that the study led to significant reductions in drive for muscularity and body ideal internalization,” Perelman says. “What’s really interesting is that it seems like body dissatisfaction did not appear to be reduced following treatment, but really the drive for muscularity and how much they internalize their desire to be more muscular is really important.”

Perelman believes the intervention provided the athletes a “skill set” to be able to regulate what a previous researcher termed the “muscle-building mindset.”

“I think it’s possible that athletes following this study were able to reduce or shift their mindset away from it to focus on something, for example, like increasing nutrient density as opposed to hitting the gym or the weight room,” Perelman says.

Perelman, who aims to publish multiple papers drawn from her dissertation, hopes the study could encourage college athletics personnel to help move the attention away from the drive for muscularity. This could be done by encouraging athletes to focus on other variables associated with sport performance, such as nutrition.

“Since drive for muscularity often includes specific eating behaviors, such as drinking weight-gain protein shakes or supplement use, athletes may benefit from learning about nutrition, how to have balanced meals, and how to make sure they are not under-fueling,” Perelman says. “These are the things that may set them up for better performance in the sporting field. The athletes in my study reported that they had never heard about the possible condition that can result from under-fueling, called Relative Energy Deficiency in Sport, or RED-S. Thus, it’s possible that this helped athletes focus more on consuming nutrient-dense foods [rather] than just striving for muscularity.”

Perelman’s adviser, Assistant Professor of Psychology Alissa Haedt-Matt, called Perelman a “pioneer” for her work at the intersection of eating disorders and sport psychology.

“Hayley's study is the first to demonstrate an evidence-based way to help these athletes reduce an unhealthy drive for muscularity, which will strongly impact the eating disorder and sports psychology fields and improve public health,” Haedt-Matt says. “Her study will be an inspiration for additional research on male athletes and their mental and physical health.”

The “Male Athlete Body Project” was conducted with support from a $2,468 grant from the Association for Applied Sport Psychology, awarded to Perelman in summer 2018, as well as two internal Department of Psychology funding awards: the 2018–2019 Clinical Psychology Fellowship, which included a $4,000 tuition stipend for Perelman and $1,000 in funding to support her research, and a 2019–2020 Clinical Program Research Award of $500.

Having now graduated from Illinois Tech, Perelman is headed to Yale University for a two-year postdoctoral fellowship with Yale’s Program for Obesity, Weight, and Eating Research (POWER). The fellowship will allow Perelman to earn enough clinical hours to gain licensure as a clinical psychologist, and she may also have the opportunity to design her own small study involving disordered eating in athletes.