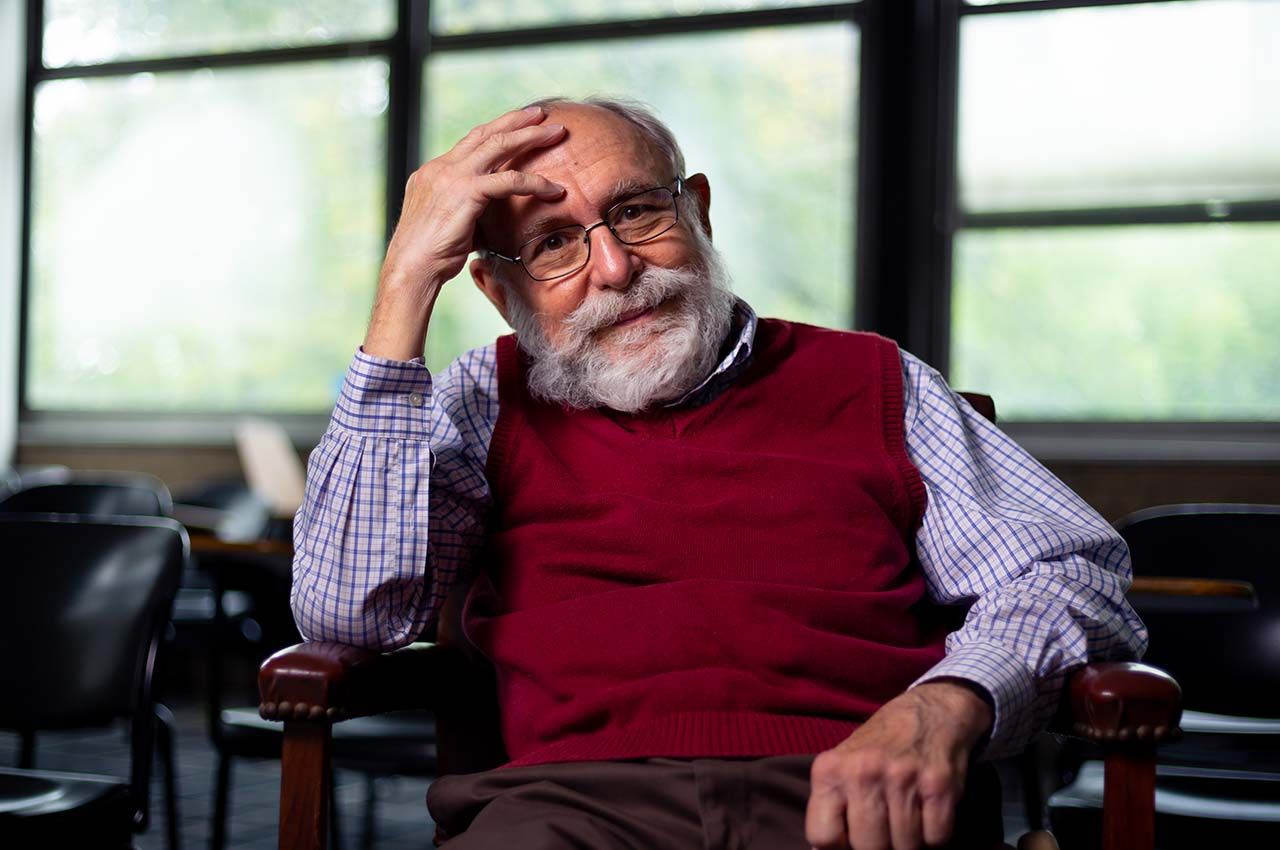 New research from Illinois Institute of Technology Professor of Philosophy Warren Schmaus explores the views of French philosophers Antoine Augustin Cournot (1801–1877) and Charles Bernard Renouvier (1815–1903) on scientific revolutions. Schmaus argues that the two have not received sufficient attention among historians of philosophy and finds unrecognized sources of inspiration in Cournot and Renouvier’s works. His article, “Cournot and Renouvier on Scientific Revolutions,” appears in the Journal for General Philosophy of Science (2021).

“My interest in Renouvier is long-standing, as I’ve published several articles and a book about him,” Schmaus says. “My interest in Cournot is more recent. It developed through my research for a chapter I was writing for anthology on the philosophy of [French philosopher] Auguste Comte [1798–1857]. Cournot was critical of Comte’s philosophy of science, [and] appeared to have a much more sophisticated view of the history of science than Comte had.”

While other scholars have found similarities between the views of Cournot and American philosopher Thomas Kuhn (1922–1996), and also between Renouvier and Kuhn, Schmaus finds more connections between the work of Cournot and Comte, as well as Cournot and English philosopher William Whewell (1794–1866). The term “scientific revolution” is typically used by philosophers and historians in reference to the transition from Earth-centered astronomy to Sun-centered astronomy, which was proposed by Polish mathematician Nicolaus Copernicus (1473–1543) and developed further by English mathematician and physicist Sir Isaac Newton (1643–1727), as well as to other major changes in the history of science.

“Kuhn had maintained the pessimistic view that working scientists are locked into ‘conceptual boxes’ or ‘paradigms’—points of view that are ‘incommensurable’ with one another—calling into question how it is possible for scientists to communicate rationally [with] one another and thus whether scientific progress [can be made] when paradigms change,” Schmaus says. “Rather than reading Kuhn back into Cournot’s views of scientific revolutions, it makes more sense to interpret him in the light of his predecessors. Like Comte, he regarded the development of new methods of mathematical analysis, along with their applications to new fields of study, as the source of revolutions. But also, like William Whewell, he saw scientific revolutions as entailing the progressive simplicity of scientific theories—that is, streamlining them by getting rid of arbitrary assumptions.”

Renouvier, meanwhile, had what Schmaus calls a “more sophisticated” view of scientific revolutions.

“He thought of scientific research communities as governed by a social contract, much like political society at large,” Schmaus says. “This contract included both implicit and explicit rules of engagement and discourse among scientists, through which they discussed, analyzed, and criticized the concepts, theories, and methods of their field. Revolutions occur when scientists feel the need to revise the contract, to clarify it, to make explicit what was formerly only implicit, and to correct or even reject parts of it.”

Schmaus argues that both Cournot and Renouvier found greater continuity through scientific revolutions than Kuhn did, and says this is especially true of Renouvier.

“Where Kuhn had tried to define a scientific community solely in terms of shared concepts, methods, and theories, Renouvier recognized that there is perhaps a deeper level of commitments to pursue science communally,” Schmaus says. “That is, scientists may disagree about or even change their methods and theories, yet still recognize one another as belonging to a scientific community.”

Schmaus cites changes in the field of psychological research as a contemporary example of this.

“About 10 or 12 years ago, psychology made some major methodological changes, requiring research projects to be preregistered [and] specifying [that] the goals and hypotheses undergo testing before the research was to be carried out,” he says. “No longer was it enough just to collect lots of data in the hopes that one will find some statistically significant correlations somewhere. Yet in spite of this major change, research psychologists still recognize one another as belonging to the same scientific community. The present is not ‘incommensurable’ with the past, as Kuhn would have had it.”

Schmaus also recently co-authored the introduction of a special issue of HOPOS, the journal of the International Society for the History of Philosophy of Science, and selected the articles that went into the issue along with his co-editor. The issue is titled “Nineteenth-Century French Philosophy of Science: Positivism and Its Continuations.”