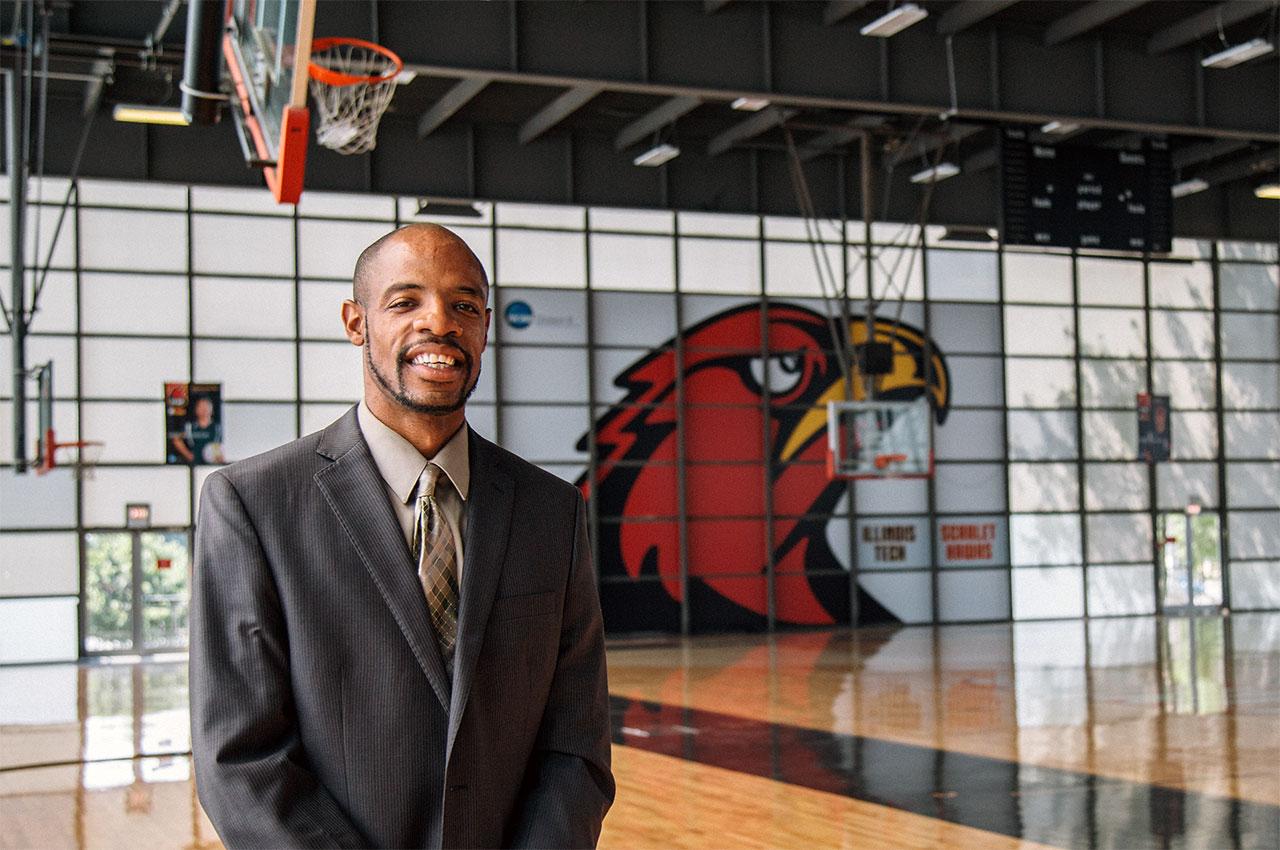 “I am very excited to be chosen as the USCAA Coach of the Year,” says Kelly, who joined Illinois Tech in 2014. “This award is the result of the hard work of my assistant coaches and players. Over the last two seasons we have now won 42 games and are very excited to join the NACC conference and become full NCAA members next season.”

In 2017 Kelly received wide acclaim for his idea to incorporate data analytics into player lineups to help turn around a slumping Scarlet Hawks team. By the end of the season, the team had made Illinois Tech history, becoming the first to qualify for the USCAA Division I National Basketball Championship.

“It’s absolutely no surprise [Todd] earned the Coach of the Year award. He is very passionate about his job and is a tireless worker. He connects well with his players and their families, which enables the team to be successful from the start,” says Anthony Figueroa, academic monitor and the head men’s basketball coach at Parkland College, who met Kelly when they were both student-athletes at Millikin University.

“I think Todd’s top quality is his basketball IQ/knowledge. Todd has a great mind for basketball and really knows how to get the most out of his team. He’s also surrounded himself with great assistant coaches. His use of analytics is no surprise as well. I can recall him breaking down the entire NBA playoffs, team by team, and figuring out who would win based on each roster and matchups. He did this while we were in a meeting,” Figueroa says.

This year the Scarlet Hawks completed its regular season with an 18–7 record. Since coming to the university, Kelly has coached nine USCAA All-American student-athletes including three in 2018. He now has his coaching sights set on making the National Collegiate Athletic Association tournament.

“My goal is to be coach of the year in the NACC (Northern Athletics Collegiate Conference) next year, which will hopefully mean our team is having great success and qualifying for the NCAA tournament,” Kelly says.