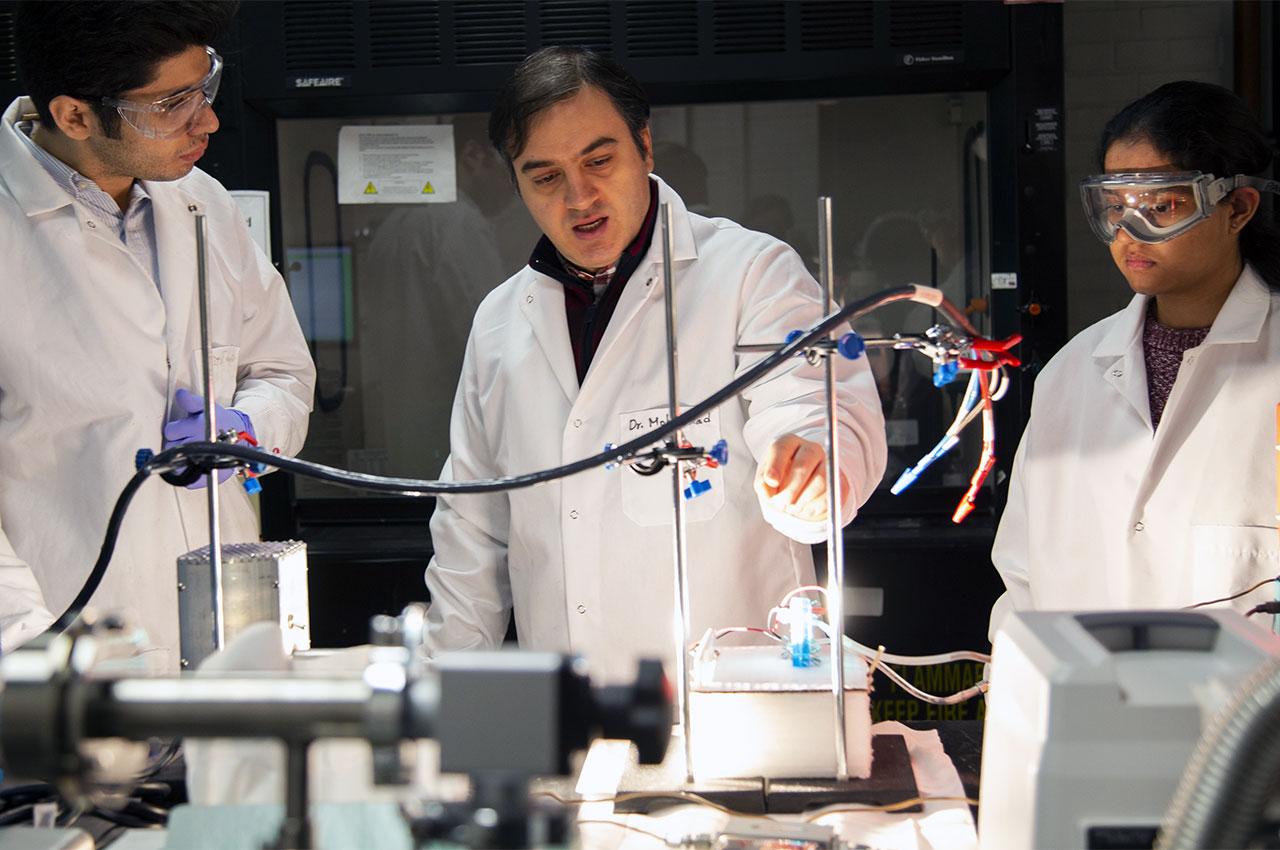 Assistant Professor of Chemical Engineering Mohammad Asadi and his team of students have devised a way to turn carbon dioxide into carbon monoxide in a continuous electrochemical process using an inexpensive catalyst and electrolyte. Carbon monoxide then can be mixed with hydrogen to produce synthesis gas, the main raw chemical used to make fuels such as methanol and ethanol.

The entire process of turning the carbon dioxide into a useable fuel is powered by renewable solar energy.

“Global energy demand is increasing every year,” Asadi says. “To keep up with this energy demand we would need to consume much more fossil fuel. As we use more fossil fuel, we produce more carbon dioxide—there are problems with that, climate change and ocean acidification. We as scientists need to find sustainable global alternatives to fossil fuel.”

Asadi and his students study a solar cell in the research lab.

Asadi and his students recently published their findings in Advanced Energy Materials. The solar-to-fuel and catalytic conversion efficiencies for the process are 23 percent and 83 percent, respectively. Previously, a maximum efficiency of approximately 15 percent was reported using a different catalyst.

Moving forward, Asadi and his team hope to make their research model scalable for large solar-energy harvesting operations and to further increase the solar-to-fuel efficiency of the reaction.