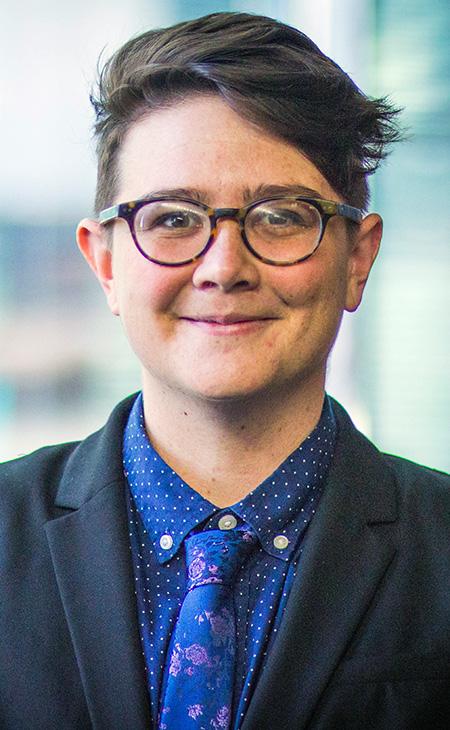 Elisabeth Hieber has already made an impact in improving the lives of transgender, nonbinary, and gender non-conforming people.

Elisabeth Hieber (LAW '19) has already made an impact in improving the lives of transgender, nonbinary, and gender non-conforming people.

Hieber and other members of the Chicago-Kent Lambdas—a student organization for LGBTQ students and their allies—worked with the law school administration to create two gender-neutral restrooms and to encourage members of the law school community to share their pronouns in their email signatures and on name tags. The law school won the 2019 Henry J. Ramsey, Jr. Diversity Award from Law Student Division of the American Bar Association for their efforts to create a more welcoming environment.

In fall 2019 Hieber began a two-year Equal Justice Works Fellowship, sponsored by PepsiCo and hosted by the Center for Disability and Elder Law. As part of the fellowship, they will establish mobile legal clinics to provide LGBT elders legal assistance with housing and estate planning.

Hieber grew up in Georgia and Ohio and earned a bachelor’s degree in political science from the University of Cincinnati. After the fellowship is over, they would like to continue advocating for the rights of LGBT elders.

“I would love to secure funding and continue to provide this resource for as long as possible,” Hieber says. “I am also really interested in legislative advocacy and policy development, so I would be interested in trying to incorporate that as a part of my position in the future.”