Helping Others Through a Career in Law 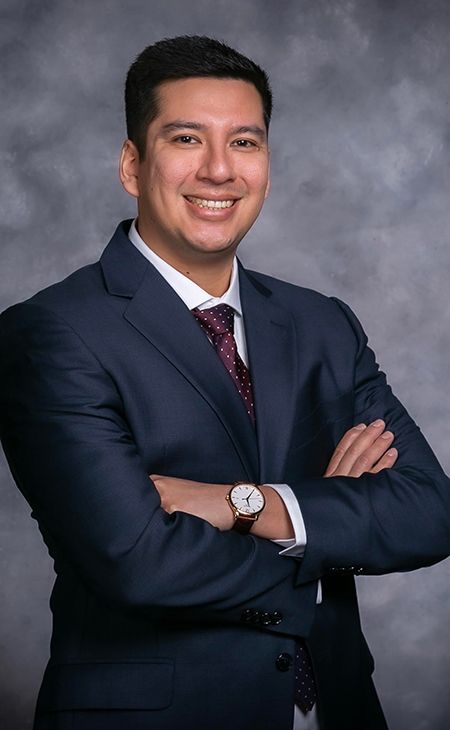 Roberto Martinez possesses the soft skills that make others feel comfortable, skills that he developed, first, helping others and now looks to utilize as he moves into a career in law—where he hopes to do the same.

For Roberto Martinez (LAW ’21), it was all about telling peoples’ stories. He excelled at interviews, getting clients to open up.

“There’s so much need for understanding, and it goes beyond just language,” Martinez says.

His co-workers agreed: Martinez’s soft, effective touch as an intake counselor at Chicago Coalition for the Homeless, particularly with Latinx clients, made him a magnet for additional responsibilities.

“Even getting people on the phone and helping them tell their own story, that’s how I really viewed my role,” Martinez says. “But it gravitated a lot toward the legal issues. The attorneys were always pushing me to do more than the intake, to write as an advocate for the clients.

“I think that’s when I discovered law school would be in my path, just by happenstance.”

After stints at two Chicago-area social service agencies, Martinez enrolled at Chicago-Kent College of Law in 2018. His first year there, he got involved with the Hispanic Latino Law Student Association; in 2020, he became the organization’s president.

He got more and more involved: When the COVID-19 pandemic struck, Martinez and his classmates connected with chambers of commerce in local Hispanic communities, and conducted a fundraiser for a T-shirt designer in Chicago’s Pilsen neighborhood.

During diversity week, his organization held a “Spanish for Lawyers” event, inviting Salvador Cicero, the owner of a fully bilingual law practice, to talk about the importance of bilingual law services.

But most importantly, he reached out to his fellow Latinx students.

“Being in law school is difficult across the board, but it’s a special circumstance to be a Hispanic/Latinx student,” Martinez says. “There’s a lot [of Latinx students] that were the first in their family to go to law school, so the relationship is peer to peer. I always stress talking to first-year students, asking, ‘What is it you want to do?’ And then connecting them to a classmate or attorney that has trailblazed that path.”

But it took some time for Martinez to figure out what he wanted to do.

As an undergraduate, Martinez volunteered at a soup kitchen, and volunteering got in his blood. After receiving bachelor’s degrees in history and theology from Boston College, he came to Chicago on a stipend that covered living expenses and not much else, working as a case worker for Taller de Jose, a Catholic social service agency.

“Chicago has a very defined identity of community activism, a neighborhood feel, a broad-shoulders appeal where people really put their head down and get to work,” says Martinez, who was born and raised in Homestead, Florida, but has family in the Chicago area.

But while helping others during law school, his own interests changed. At first Martinez wanted to pursue what seemed like a natural path toward public interest work. But after externing in federal court with Judge Matthew Kennelly, he wanted to explore employment law. Not only was it interesting, there was potential to build on his skillset in a new setting

He externed with federal Judge Mathew Kennelly in the Northern District of Illinois. And an article he wrote in a course, “Facebook Message Not Delivered,” will be in the 2020 issue of Seventh Circuit Review. It concerned a court ruling about the legality of stopping employment attorneys from mailing notices to employees about litigation if the employees had already signed a mandatory arbitration agreement.

And in January, Martinez is slated to start work as an associate attorney with Schiff Hardin. The job, he believes, will still cater to his strengths.

“Connecting with individuals and getting their perspective and story, that’s what’s important,” Martinez says. “And I will continue to do it.”