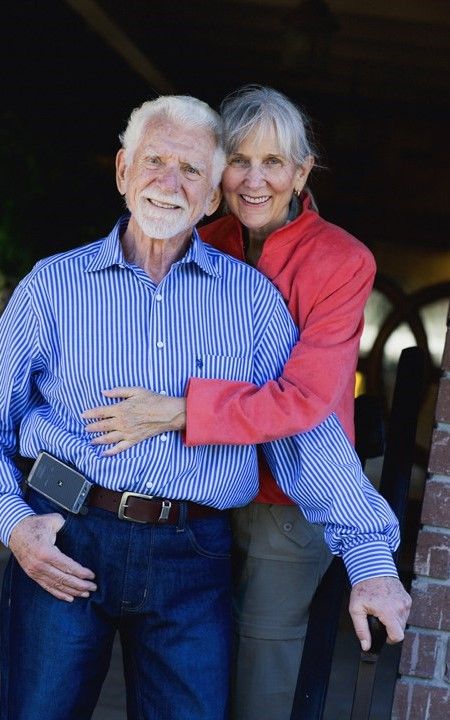 Considered the "Father of the cell phone," Marty Cooper fought to prove his 1973 invention—a handheld, mobile telephone—was the future of communication.

With his signature charm, Marty Cooper will not only tell you an improbable idea is possible, but he’ll also map out a way to achieve it.

If you don’t believe it, consider your smartphone.

In the early 1970s, communications giant AT&T dismissed the idea of personal cell phones and instead focused on what it thought people wanted: in-dash car telephones. The company planned to offer the service under the condition that it be the nation’s sole mobile communications provider. When it sought to secure this monopoly from the Federal Communications Commission, Cooper and his team at Motorola sprang into action.

They were determined to give people a truly mobile device that wouldn’t keep them “trapped in their cars.” So in a mind-blowing three months, they created a prototype—the 2.5-pound DynaTAC.

On April 3, 1973, with a journalist in tow, Cooper took the DynaTAC outside a press conference in New York and dialed his rival at AT&T’s Bell Labs to share the good news. The occasion marked the world’s first personal cell phone call, which contributed materially to the demise of AT&T’s planned monopoly. Forty-two years later, there are more than 7 billion cell phone subscribers worldwide. Clearly, Cooper saw something others missed.

“There were very few people who thought it would ever be big business, so I was really an outlier,” says Cooper. “Yet there were two guys who really supported me: Bob Galvin [the late Illinois Tech Board of Trustees chair and Motorola CEO], who allowed the company to spend what today would be $1 billion on a technology with no projected revenues, and John Mitchell [EE ’50], who taught me that people are inherently mobile. So IIT had a significant role in the creation of the cell phone.”

Cooper left Motorola in 1983 and went on to launch several companies, including two—the consulting firm Dyna and GreatCall (the maker of the senior-friendly Jitterbug phone)—with his wife, Arlene Harris. Popularly known as the “First Lady of Wireless,” Harris complements Cooper. The two enjoy working together and sharing pursuits such as skiing, tennis, and the occasional spirited conversation.

“I am mad about her, but she is uncompromising,” Cooper says. “She’s one of the smartest engineers I know, and we sometimes argue, but the result is that I always learn something.”

Cooper admits to being a dreamer and continues to envision the future of wireless technology. With successes beyond the cell phone that include expanding pager technology from single-building use to services that stretch across cities, Cooper continues to project and inspire. His uncanny vision prompted former FCC Chairman Tom Wheeler to state in a 2009 Economist article that the Illinois Tech alumnus sees “how things should be” and “then he makes them happen.” A video documentary about Cooper appears in the online magazine and video channel Motherboard. He sees our world growing ever more connected and personal.

Your future cell phone, he says, will “learn” your needs and preferences and include an app that automatically finds or builds other apps to meet those needs. It will also likely evolve into a voice- or thought-responsive implant that connects you to the Internet and other people. Social media will shift from a simple photo- and story-sharing platform to a collaborative online work environment, which allows everyone to contribute their knowledge and skills.

“Things like Twitter and Facebook have gotten us hooked into continuous communication, connection, and mental stimulation, which will lead to a productivity revolution that’s going to make us all more wealthy,” says Cooper.

He also predicts a coming health care revolution via wireless devices such as “smart” clothing that will measure our functions around-the-clock.

“If we can sense a few cancer cells or a virus before your body starts getting damaged, we can target and eliminate those things,” he says. “That’s one way wireless technology will allow us to live perhaps not longer, but much healthier lives.”

So did the cell phone.