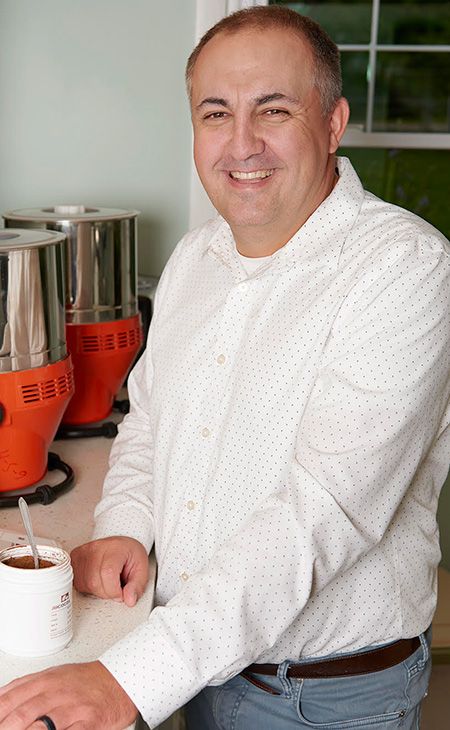 Uncertain of a potential career path, Dan Kazmierczak changed his outlook after a conversation with a program director at Illinois Tech—one that led him to places he never imagined.

Dan Kazmierczak knew he’d found exactly what he had been looking for after having a conversation with Keith McKee, who started the manufacturing technology program (now known as the industrial technology and management program) at Illinois Tech.

“I was really looking for a program that was very hands-on and very practical,” he says. “I found that the manufacturing technology program hit those things I was looking for, where I still had my core engineering basics that I had to take but specialize in something that...I like to see a net result and manufacturing is the thing when you’re talking about a net result.”

Initially on a mechanical engineering track, Kazmierczak wasn’t sure what he wanted to study. After meeting with McKee, he was convinced—enough so that he eventually got a master’s degree that allowed him to study both manufacturing technology and food technology.

Now, after spending 14 years making a name as a formulator at some of the biggest names in the chocolate industry, including Blommer, Barry Callebaut, and Nestlé, he points back to his decision to study in the manufacturing technology program as the key.

“As I look back at the time I spent at Illinois Tech, I’m really happy with the way my path went,” Kazmierczak says. “I think to myself, if I had not gone down that path I probably wouldn’t be where I am today.”