A Pathway to Computer Chip Design 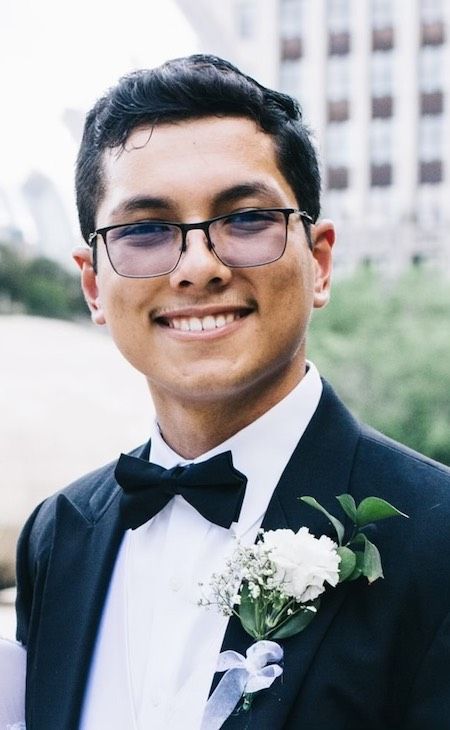 Eduardo Calix has been selected as a 2021 ComEd Scholar.

It was in ECE 218, Digital Systems, that Eduardo Calix realized he wanted to pursue computer chip design.

“Everything my friends hated about the class, I loved,” he says. “That course was the first time that I dipped into logic design, learning to use Boolean algebra and logic gates such as AND, OR, and NOR. I realized how interesting and fulfilling it can feel to make your own circuit.”

Eduardo is originally from Honduras but has lived in Chicago for more than four years. As a graduate of the South Side’s Victoria Soto High, Eduardo was excited to find that Illinois Institute of Technology would offer him a premier engineering program nearby.

He was also drawn by the prospect of taking courses at VanderCook College of Music, which he has been doing on a regular basis to destress from the challenges of his coursework. So far he has taken several music history courses, has been learning to play the cello, and plans to minor in music.

Eduardo was selected to be a 2021 ComEd Scholar, and says the support has brought him peace of mind that finances will not be an issue and, as a newlywed, he’s excited to have more time to spend with his wife, who is also a college student.

“At times, it’s very hard to manage my school life, personal life, and professional life, but I believe a balanced life is one where we take responsibility for our own mental health,” says Eduardo. “This scholarship pushes me to do more for it than I would have done before.”

Eduardo has been working as a student assistant in Illinois Tech’s Office of Technology Services, and in fall 2021 he is also working as a teaching assistant in an introductory electrical and computer engineering course.

In the future he hopes to design computer chips used in applications such as processors, microchips, microcontrollers, or graphics cards. He has also taken an interest in an even more cutting-edge computing approach, quantum computing.

He recently applied for internships at IBM, which houses the world’s largest quantum computer, and hopes to get involved with developing the technology that he thinks will revolutionize computing.