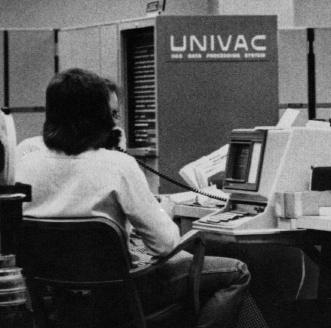 Before the creation of the Computer Science Department, formal programming courses were taught through the Math Department and the Information Science Center/Computer Center (both names were used during this period). As course offerings grew during the 1960s, computer science became an integral part of the education of not only computer scientists, but also undergraduate and graduate students in business, psychology, engineering, and the sciences. When Computer Science was recast as a department in 1971, it was already offering 35 undergraduate and graduate-level courses. The courses conformed to the Curriculum 68 Guidelines of the Association for Computing Machinery (ACM) and CS was the 5th largest of Illinois Tech's 25 academic units.

Computers were first making their way into schools, and computer education required pioneers. Director Peter Lykos hired fellow Ph.D. chemist Robert Dewar, who began thinking about the problem of introducing programming to beginners. With others, Dewar created the IITRAN language. (See The IITRAN Programming Language, R. Dewar et al., CACM 12(10):569-575 (Oct 1969).) Based on a subset of PL/I, IITRAN had comprehensive diagnostics, a novel set of control structures, and even supported complex numbers. Charles Bauer (then with Lane Tech High School), Tony Peluso, and associates of theirs wrote self-instruction texts first for IITRAN and later for a number of programming languages. These books enabled college-level and high school-level students to learn to program without taking formal computer science courses.

Illinois Tech also advanced computer education through the Saturday High School program, a non-credit program for high school students and their teachers. Instructors for the program came from Illinois Tech and from industry, with IBM providing Edison Schroeder as a full-time instructor. In ten years, 15,000 high school students and 1,200 teachers studied under this program, which was eventually led by Tony Peluso and Charles Bauer (and after Peluso's untimely illness and passing, by Charles Bauer alone).

Illinois Tech also worked in undergraduate curriculum development and regional network development. Illinois Tech was one of a group of nine colleges and universities granted $885,000 by the National Science Foundation in 1968 to jointly investigate these areas. Illinois Tech was the lead institution in setting up the Chicago-based regional computer network, the largest regional center in the U.S. In 1969, Illinois Tech participated in a conference on the Impact of Computers on College Curricula. Topics included the use of computers to enhance curricula in various disciplines and the evolution of computer science as an undergraduate discipline. 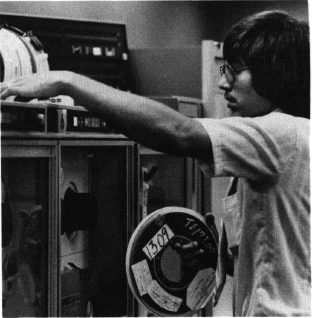 The next step, the creation of a Department of Computer Science, was lobbied for heavily by the Director of the Information Science Center, Peter Lykos. His efforts succeeded in 1971.